Jimmy Jennings reportedly posted on Facebook later that it was a bad decision. 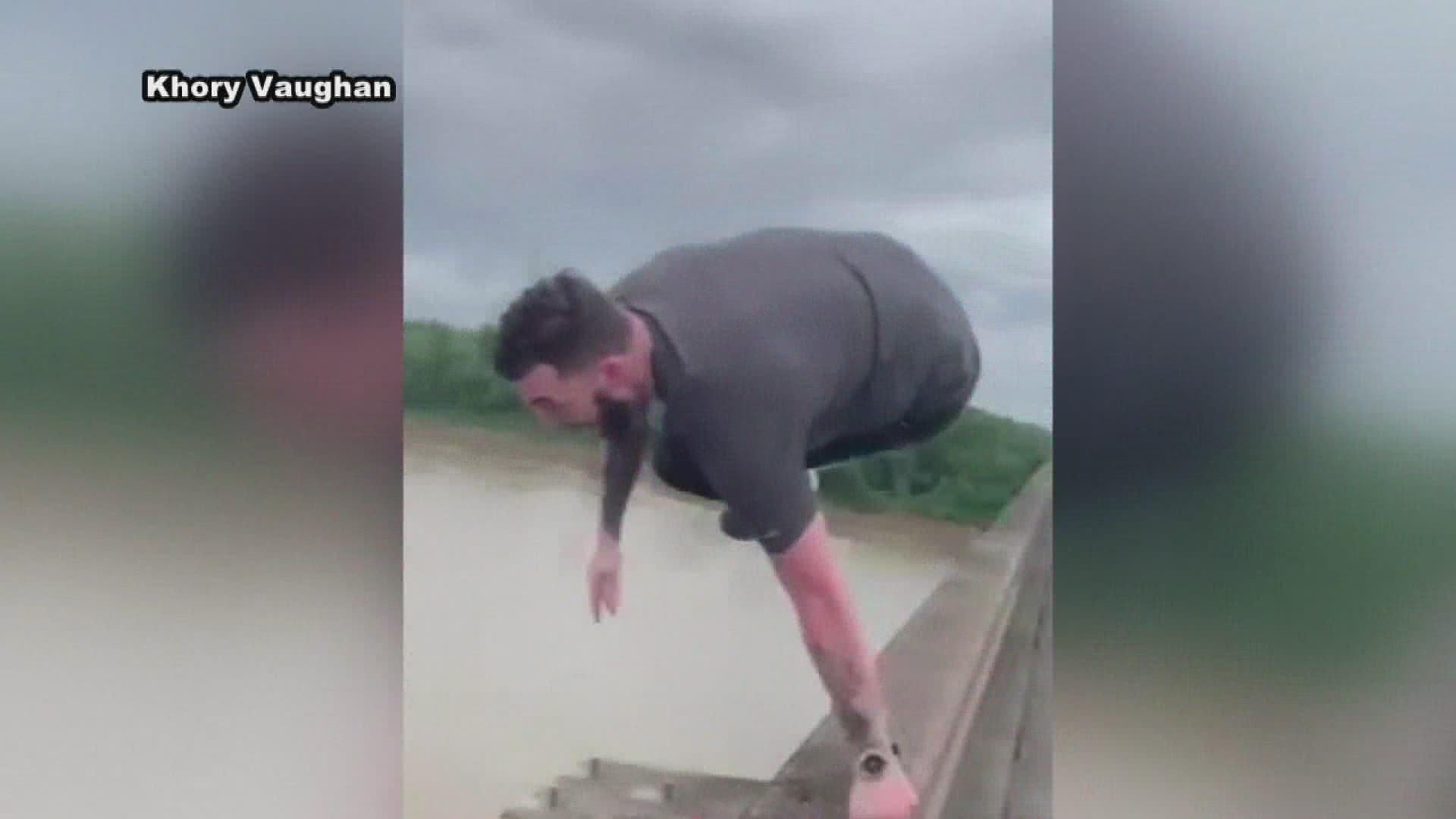 BUTTE LA ROSE, La. — A man who jumped into the Atchafalaya River from the Interstate 10 Basin bridge Friday swam for three hours before being rescued and later arrested.

WBRZ-TV in Baton Rouge reports that the video of the stunt went viral on social media. Khory Vaughan told the television station that he was stuck in traffic with Jimmy Jennings when Jennings decided to run from one side of the bridge to another and jump into the water below.

"We are familiar with the water [and the area], but I don't think he was prepared for what came with it," Vaughan told WBRZ. "He treaded water for about three hours and started to lose all strength."

Jennings reportedly posted on Facebook later that it was a bad decision. He said that he was sore and was only alive thanks to his faith and the rescuers.

Louisiana Department of Wildlife and Fisheries agents and the St. Martin Sheriff's Office were dispatched to search for Jennings, who was found and then arrested.

I-10 west was reportedly closed for hours Friday afternoon after a 10-car pileup.

He really jumped into the Atchafalaya Basin!!😳😳 Jimmy Ivan Jennings