“The way it was written it was kind of a sad plight on how we view history, that these are textbooks in 2021 that we’re utilizing in our classrooms." 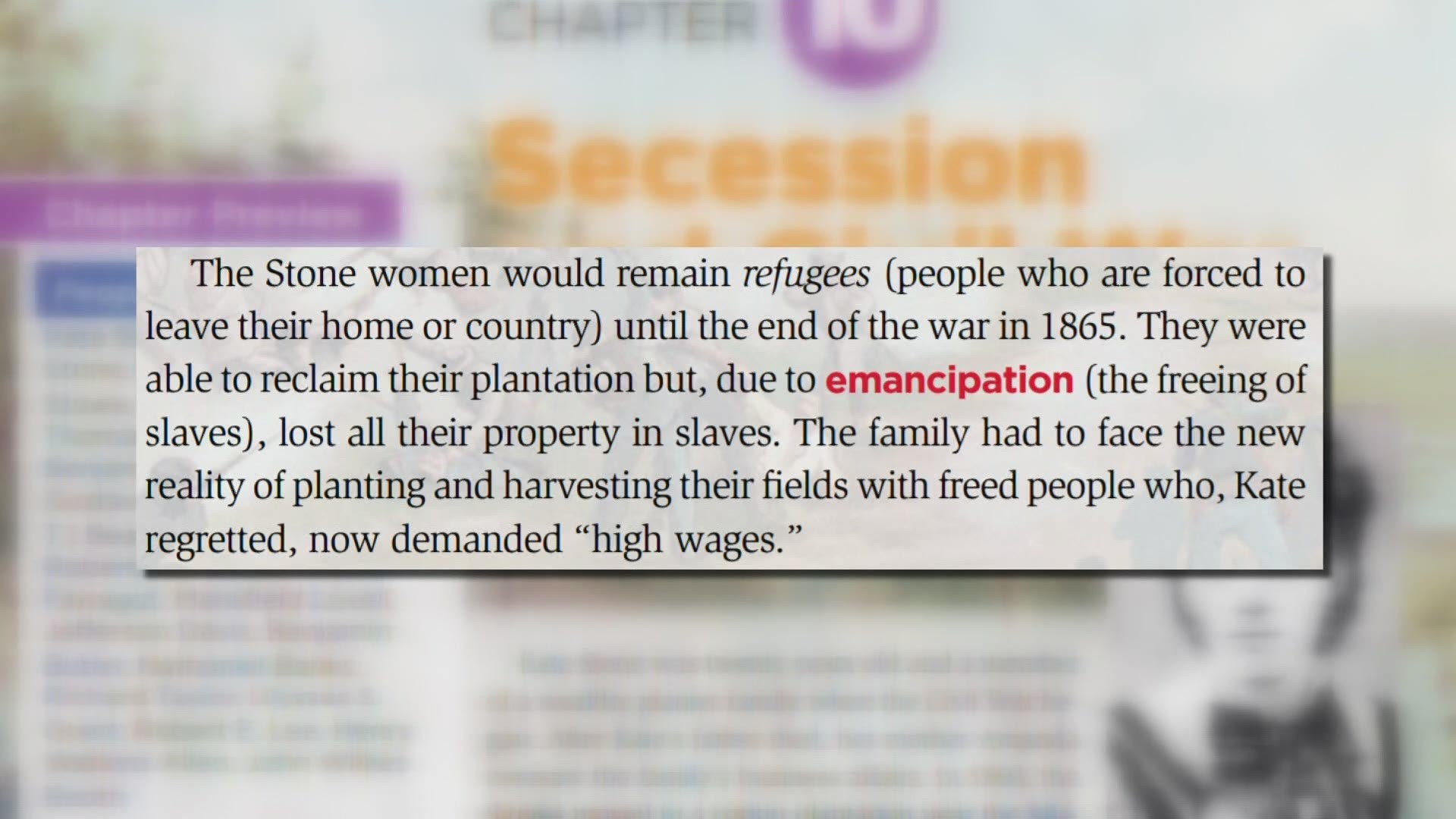 NEW ORLEANS — As some middle school students in Louisiana open their textbooks to learn about state history, there’s concern they’re not getting the entire history.

“I would be very surprised if sixth, seventh, and eighth graders didn’t recognize some of the discrepancy in this. It doesn’t take someone who wasn’t born last night to understand that something is missing from this history,” said Ashraf Esmail, associate professor of criminal justice at Dillard University.

Social media posts point out what’s missing is the African American perspective, especially in Chapter 10 that deals with Secession and Civil War. Part of the preview mentions how white slave owners had to deal with a new reality of paying people to harvest their fields because slavery ended.   Esmail says that makes it look like white slave owners were the ones who were suffering.

“I just cannot believe that this is all they were talking about in a Louisiana History textbook. There’s no mention of the African American plight of this which is the most important part of the actual Civil War. It just made it seem so minute and it’s important,” Esmail said.

The book Louisiana: Our History, Our Home was rated in 2016 by the Louisiana Department of Education as a Tier III textbook, which means low quality when compared to state content standards.  Although given the lowest possible rating, school districts are free to choose their own resources.

The book’s publisher, Clairmont Press, tells Eyewitness News the textbook is used in many Louisiana school districts but couldn’t say exactly how many. The state department of education doesn’t keep track of it.

Regarding the criticism, Clairmont Press only released this statement: “We don’t have a response.”

“The way it was written it was kind of a sad plight on how we view history, that these are textbooks in 2021 that we’re utilizing in our classrooms,” Esmail said.

Esmail says this textbook brings up an ongoing issue of history being told from a white, usually male perspective, which he says is important but not the only one.

“A lot of the main principles we discuss constantly are white males, from the classical theorists to contemporary theorists and we’re not really thinking of diverse view in terms of race and gender,” Esmail said.