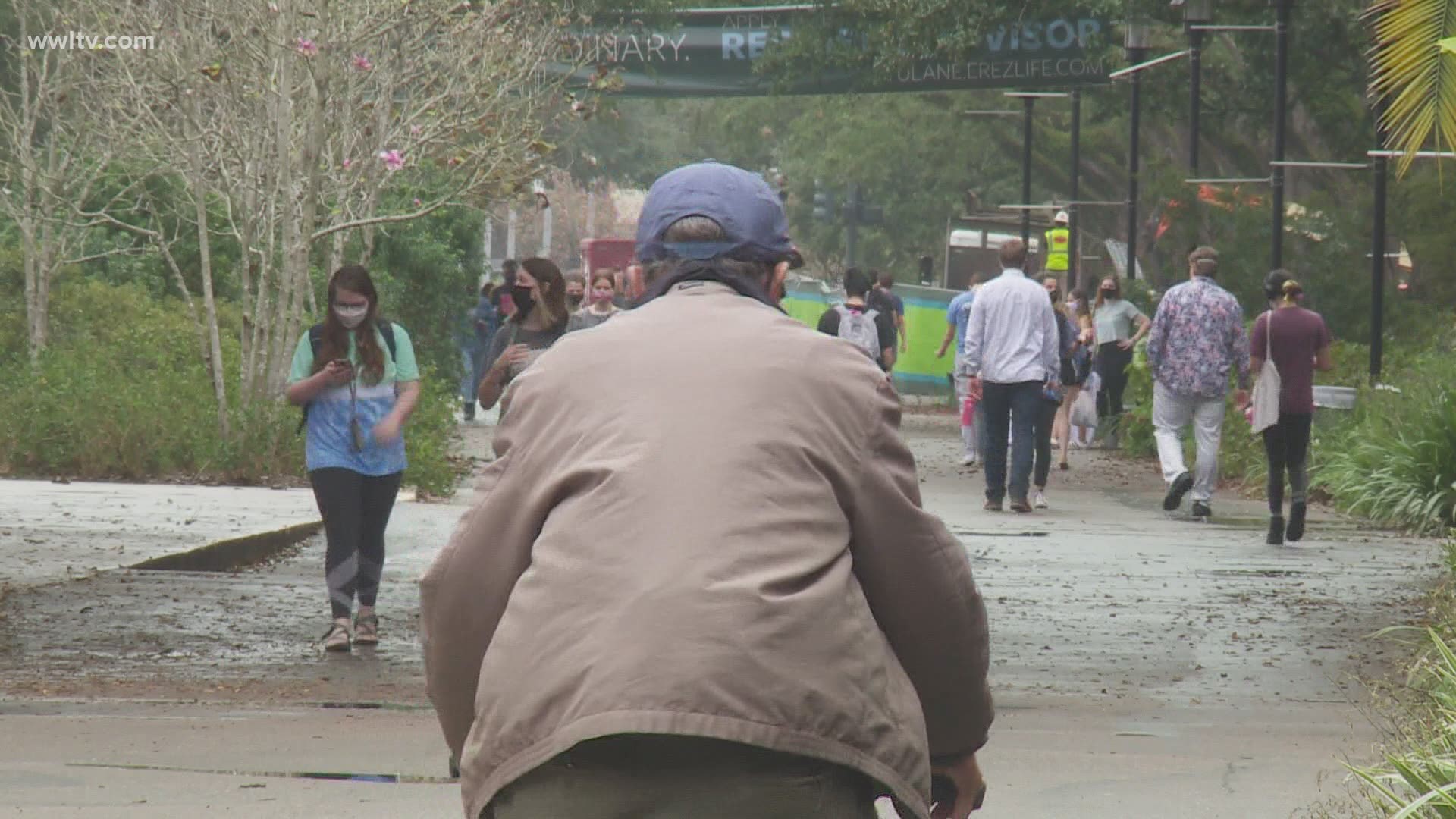 "It's really hard to tell what is at the city at large and Tulane which is the tiny slice of the city," Asher said.

Based on the latest numbers from the Louisiana Department of Health, so far there have been nearly 15,000 confirmed cases in Orleans Parish, with 605 deaths.

However, according to Asher no one has died in the last 7 days.

The New Orleans area is better off than other parts of the state with Covid cases.

"There's a huge outbreak in Monroe, you've seen bad things in Lafayette, statewide. If anywhere, you wouldn't want to be in New Orleans in March. Right now, New Orleans is in a better place than most of the state, " Asher said.

While numbers are going up in Orleans Parish, Asher thinks the reason could be the number of tests Tulane students and staff are taking to make sure they're safe in the pandemic.

Asher said Tulane had an outbreak in cases right after Halloween.

Asher said if Tulane stops reporting tests because of Fall Break and a large portion of tests from the city are coming back positive, removing Tulane's data could make city look worse.

"It really looks like it's a mixture of both but until the students go away until the end of Thanksgiving it's hard to tell how bad of an outbreak we have," he said.

RELATED: Experimental COVID-19 treatment given to Trump gets FDA authorization