For a moment, for the residents of Lambeth House, the isolation, the anxiety, the grief, faded away. 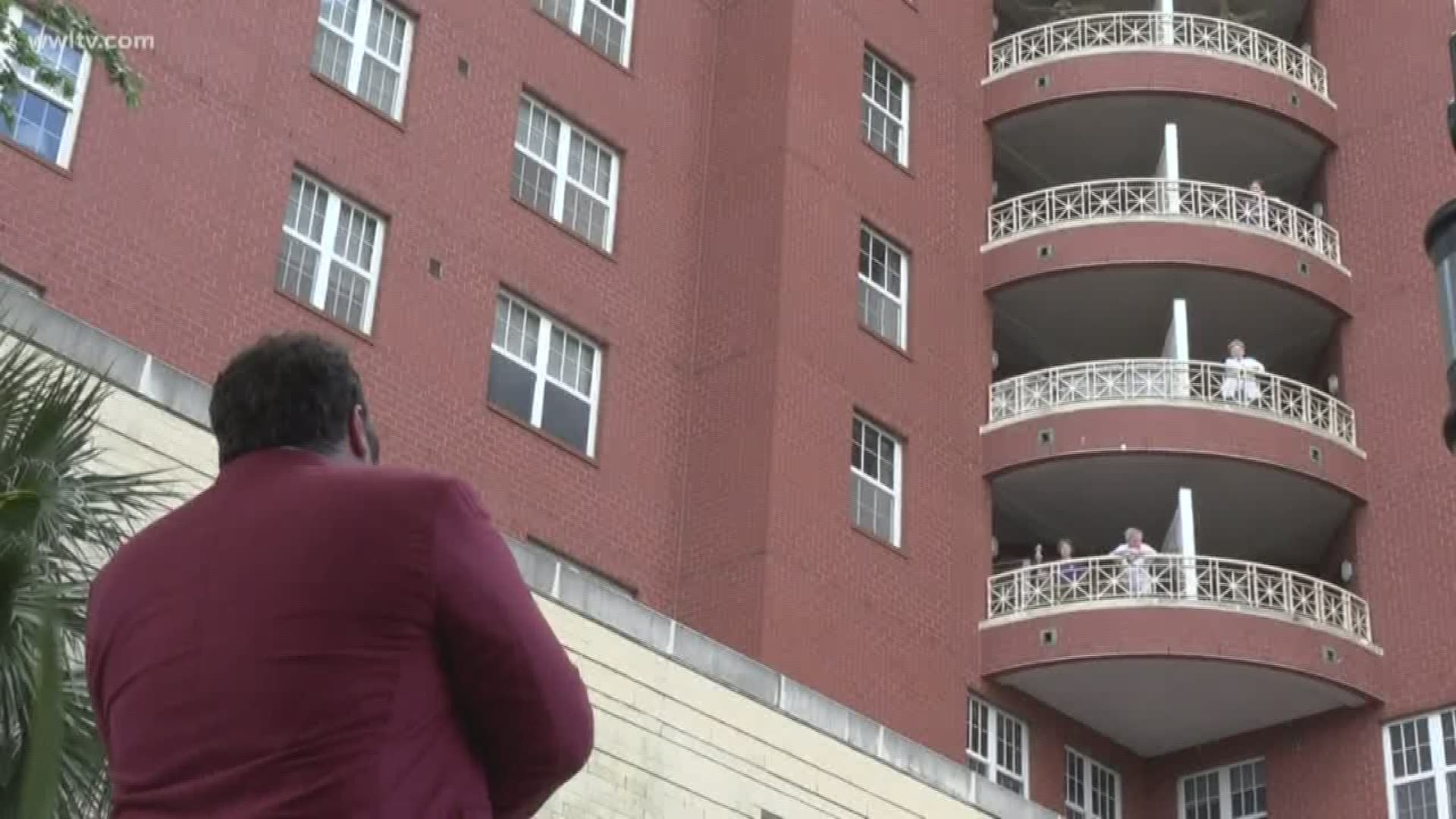 NEW ORLEANS — A retirement community parking lot is a far cry from the opera houses Bryan Hymel is used to. But, the internationally-known tenor and his wife, Irini Kyriadkidou-Hymel, also a singer, combated the claustrophobia that has settled in over Lambeth House in Uptown.

“There are a number of opera lovers incarcerated in there,” joked Janet Duval, who has close friends quarantined inside Lambeth House. “So, I know it was well appreciated”

Hymel and his wife aren’t just internationally known, he’s a Loyola graduate, who last performed here as a student.

“Music is one of things that kind of can allow you to just press pause and decompress a bit, and that’s why we do it,” said Hymel.  “We used to come and sing our concerts kind of a trial run at the small theater in Lambeth House, so this is bringing me back to my college days.”

The performance came together in less than 24 hours, thanks to a woman has tested positive for COVID-19. She is isolated in Lambeth House with her mother, who is a fan of opera and is also fighting the disease.

This performance was a reprieve from reality and from quarantine.

Some, in hospice care, listened to this performance from their beds.

“I know they’ve been especially hard hit here and that means a lot for us to come and give back,” said Hymel.

From their balconies, the Lambeth House community soaked it all in.

Family and friends are only able to wave from the outside.

Caplan, who stopped by the performance by chance, soon learned she had a connection with the performer. Her mother, who stays at Lambeth House, granted Hymel a scholarship when he was a student at Loyola.

“These bright spots, though, are wonderful. And even in Spain and Italy, music has meant so much,” she said.

Her mother’s room faces the levee, and so Hymel performed a special song for her after his performance in the parking lot.

For a moment, for the residents of Lambeth House, the isolation, the anxiety, the grief, faded away.