This DeSoto couple battled COVID-19, cancer and chemo and survived them all

Robert Beecham credits a Parkland doctor with helping him make it home in time to celebrate his 46th wedding anniversary. 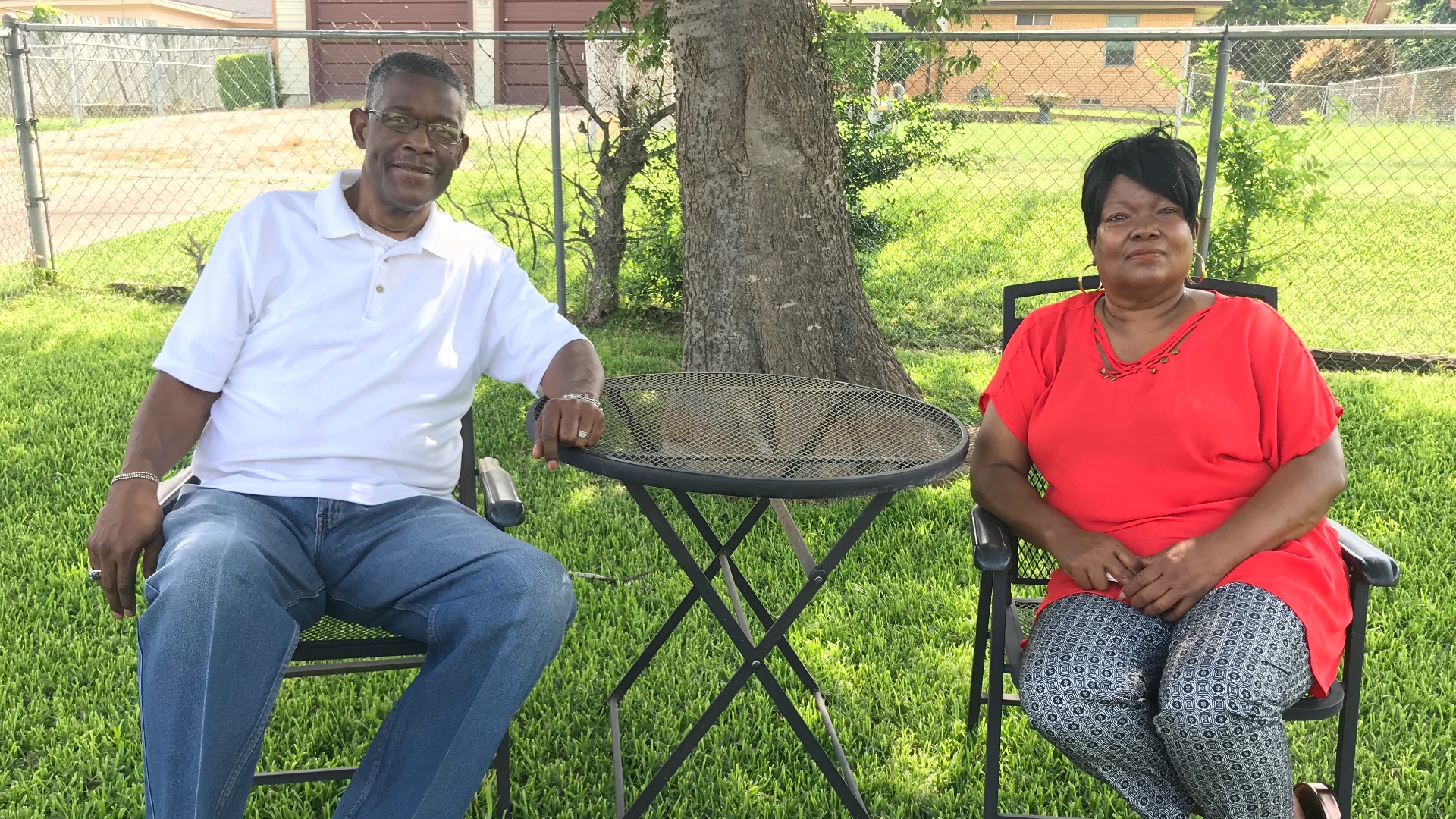 DESOTO, Texas — They said the vows back in 1974 - for better or worse, richer or poorer, in sickness and in health.

But Robert and Janice Beecham made each other one more solemn promise.

“Long life and happiness,” Janice said. “We are going to love happily ever after.”

“Shortness of breath, loss of appetite, my senses - smelling, taste - I mean, totally gone,” he said. “And then the cough.”

What started as a dry cough turned into severe congestion.

“And it was like I was drowning,” he said.

Eventually, Robert and Janice’s son told him it was time to go to the hospital.

“And I didn’t put up an argument,” Robert said. “I didn’t tell my wife, I didn’t tell any of my family, but when I left home, I prayed and made peace with God and told him I was ready to come home,” he recalled.

Janice knew it was serious, too.

“I was standing in the door watching them as they left," she said. "All I could do was whisper a prayer. ‘Lord do what you do best.' That’s all I could say."

Robert is a two-time stroke survivor, so the Beechams know Dallas’ Parkland Hospital better than they’d like.

The night their son brought Robert in, Parkland doctors admitted him, tested him for the coronavirus and took him to a room on the hospital’s sixth floor.

“They came back a day or so later in full gear – the gowns, the masks and said, ‘Mr. Beecham, we’re taking you to the third floor,’” he recalled. “And I knew then why I was there.”

“[The third floor] was different than anything I’d seen,” he said. “The doctors and nurses are rushing around like ants to get to all the patients. But they were tending to me so well, I felt like I was the only patient in there," Robert said.

But it was also ominous.

“You hear the sounds of grown people moaning and coughing,” he said. “It’s just devastating to hear all that.”

Because no visitors are allowed, he had to fight alone.

“I was getting ready to get my first chemo and I got a text message, ‘Your husband has COVID.’ And I’m like, ‘What?’” she said.

Janice was at one of Parkland’s cancer centers beginning treatment for cancer when the text came from a Dallas County drive-through COVID testing location.

She and Robert had both been tested the morning before he went to the hospital.

“I walked up to one of the ladies at the center and let her read the text. They took me to the back and I just started crying because we are always together. We are never separated. I felt so helpless," she said through tears.

During her husband’s previous stays at Parkland, Janice had never left his side.

Janice’s cancer was one reason Robert was determined to get home.

As he began improving, a particular doctor took an interest in his recovery.

Credit: WFAA
Dr. Nayak in a video chat with WFAA. He and patient Robert Beecham have never seen each other without PPE.

Nayak even asked for the floor plan of Robert’s home.

“I’m like - is this guy a doctor or an architect?” Robert said. “I am not the best artist in the world, but I drew the floor plan.”

Nayak pointed out areas of the home where Robert could and shouldn’t go. He suggested areas where he and Janice could peek at one another from a distance.

“I mean the guy just, from A to Z covered every base,” Robert said.

Robert was discharged in time for the Beechams to celebrate 46 years of marriage.

But the celebration was subdued.

Robert was recovering, but Janice was battling cancer and COVID together.

She received her diagnosis from the county testing facility just before Robert got home from Parkland.

“I didn’t care about being sick at that time, I was too concerned about him,” she said.

They believe being home together helped them both heal. And they heap praise on Nayak.

“This is going to sound kind of political, because I intend it to," Robert said, "but that’s how you make America great."

Nayak spoke to WFAA via Zoom, sans mask or shield, and said Robert has no idea how inspirational he has been to Parkland’s team.

“He’s helped me more than I think I’ve helped him,” Nayak said.

“That definitely holds a very special place in my heart,” Nayak said.

“I’m glad I did,” he said. “We’ve cultivated a friendship out of this.”

“He called me on his wedding anniversary. My wife was in the car. He just expressed this gratitude, this heartfelt appreciation for the work we’ve done, and that he was able to spend that time with his family,” Nayak said. “It brought tears to our eyes. This is why we do what we do. We bring families back together.”

Robert had all the cards stacked against him:  he is 65, he has congestive heart failure, he has suffered two strokes, and he is Black.

“I’d tell him every night when we’d talk to come back home to me,” Janice said. “And he came home.”

That solemn vow of long life and happiness hasn’t been broken yet.