Aymond is considering more aggressive action, including possible church trials in Rome, to force out Patrick Wattigny and Travis Clark... 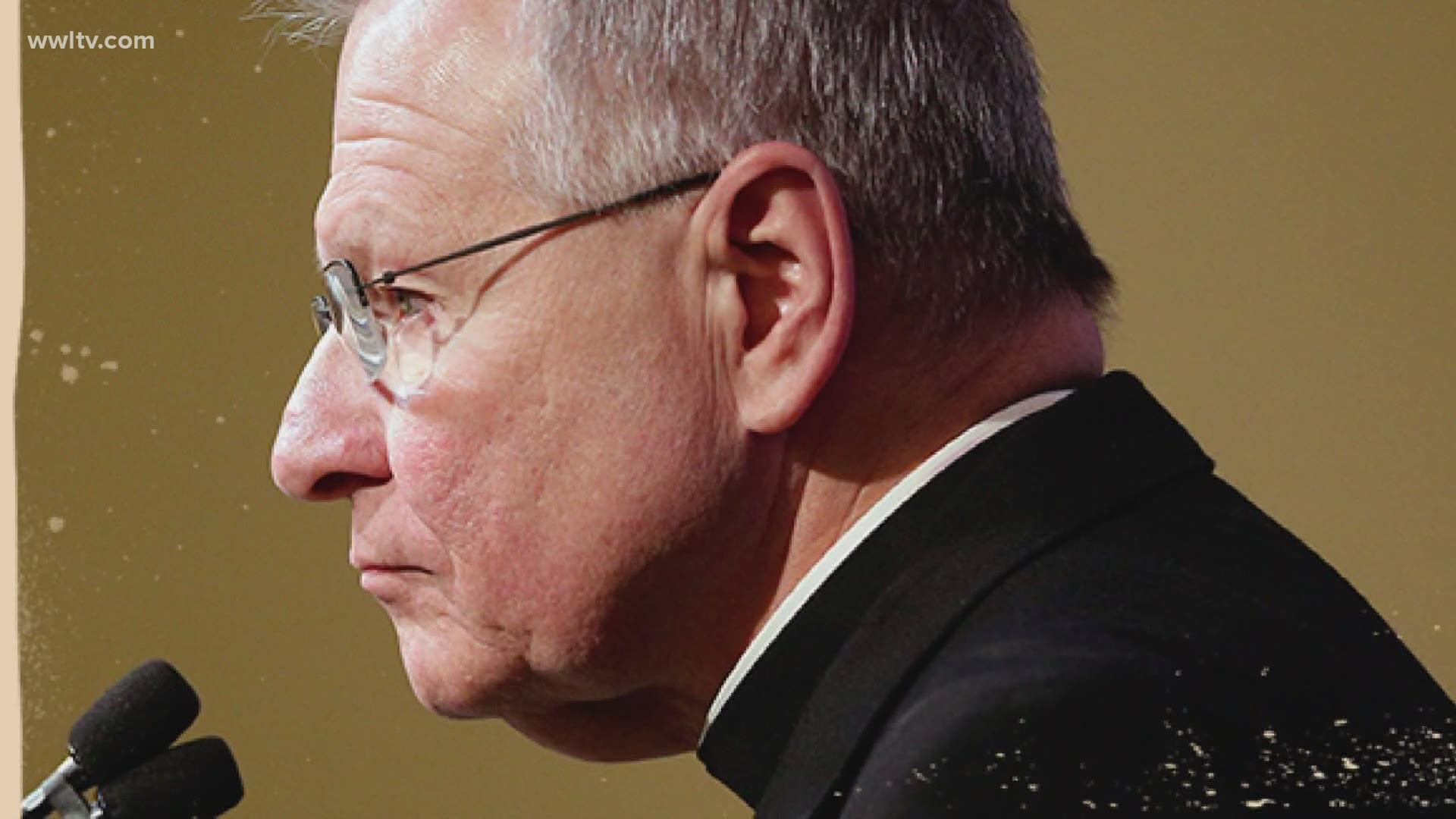 NEW ORLEANS — In his most aggressive action to date while managing the fallout of an ongoing clerical molestation scandal, New Orleans Archbishop Gregory Aymond is asking all diocesan priests on his list of religious men credibly accused of molesting children to leave the Catholic clergy entirely.

Aymond is also considering more aggressive action, including possible church trials in Rome, to force out Patrick Wattigny and Travis Clark, two priests who were implicated in separate sex scandals this month.

Wattigny allegedly admitted to the archdiocese on Oct. 1 that he sexually abused a minor in 2013. He is now being investigated by the St. Tammany Parish Sheriff’s Office. That same day, police in Pearl River booked Clark with obscenity after he was discovered taping himself engaged in three-way sex with two dominatrices — including one who is an avowed Satanist — on the altar at Sts. Peter and Paul Parish.

Since 2018, Aymond has been privately asking credibly accused clergy to voluntarily leave the priesthood and return to the laity through a process called “laicization,” according to archdiocesan officials. The late Dino Cinel, who was acquitted of child pornography-related charges in the 1990s, voluntarily underwent that process in 2010, Aymond’s second year as New Orleans’ archbishop.

Other local clergymen who were accused before Aymond became archbishop in 2009, such as the alleged child rapist George Brignac, were asked to give up their clerical state and refused.

But now, Aymond is not only asking Wattigny and Clark to voluntarily leave the priesthood, he’s reserving the right to force them out if they don’t agree to be laicized, the archdiocese said.

Archdiocesan officials said in a statement there are three ways a priest can lose the clerical state: “The Pope, in the most grievous cases, can impose laicization on a cleric; laicization can be imposed as a result of a penal process under the auspices of the Congregation for the Doctrine of the Faith; and the individual priest can request laicization on his own or at the request of the bishop.”

The distinction between removal from ministry and laicization is an important one. Canon Law 290 establishes, once ordained, a priest must continue to meet his obligations and can continue to receive the benefits of the clerical state until he is laicized.

That’s why the archdiocese kept paying retirement benefits to retired priests that had been removed from ministry until a federal judge overseeing the archdiocese's Chapter 11 bankruptcy ruled it could only pay for their health insurance. If those clergymen are laicized, they would no longer receive any benefits at all.

However, not even laicization erases the sacramental imprint of ordination. Catholics believe a layperson who joins the clergy undergoes an actual, permanent change in being that no church can undo.

At least seven diocesan priests on Aymond’s list of 72 credibly accused clergy were still alive as of Wednesday. Other priests on the list belong to religious orders, and their clerical status lies with those orders.

Aymond said he immediately removed both Wattigny and Clark from active ministry, as he has done with other priests facing allegations of sexual abuse or scandal. But Wattigny and Clark are the first two alleged to have committed such violations during Aymond’s 11-year tenure as archbishop.

“This signifies ... a change in practice between Archbishop Aymond and previous archbishops in dealing with priests removed from ministry because of abuse or scandal, as well as changes in practices by the (Vatican) that continue to be updated,” archdiocesan officials said in a statement to WWL-TV.

Attorney Bill Arata represents a boy at Pope John Paul II High School who reported received inappropriate texts from Wattigny this year, when the priest was the school’s chaplain. Arata was glad to hear about Aymond’s more aggressive stance, but he also wants swift action in the criminal case.

“The archbishop's pursuit of removing Fr. Wattigny from the priesthood... well, it's high time,” Arata said. “I hope he'll take the next logical step and work closely with the St. Tammany Parish Sheriff's Office and the District Attorney's Office to more aggressively pursue this admitted child sexual predator.”

Aymond’s staff has repeatedly said the archdiocese is “fully” cooperating with the investigation into Wattigny.