Bail out: Rape suspect among 100s of arrestees freed from jail with help from mayor’s aide

Joshua Cox, Cantrell's Director of Strategic Initiatives, is founder of the New Orleans Freedom Fund, an organization that pays the full cash bail of arrested suspects who can't afford to pay for their own release. 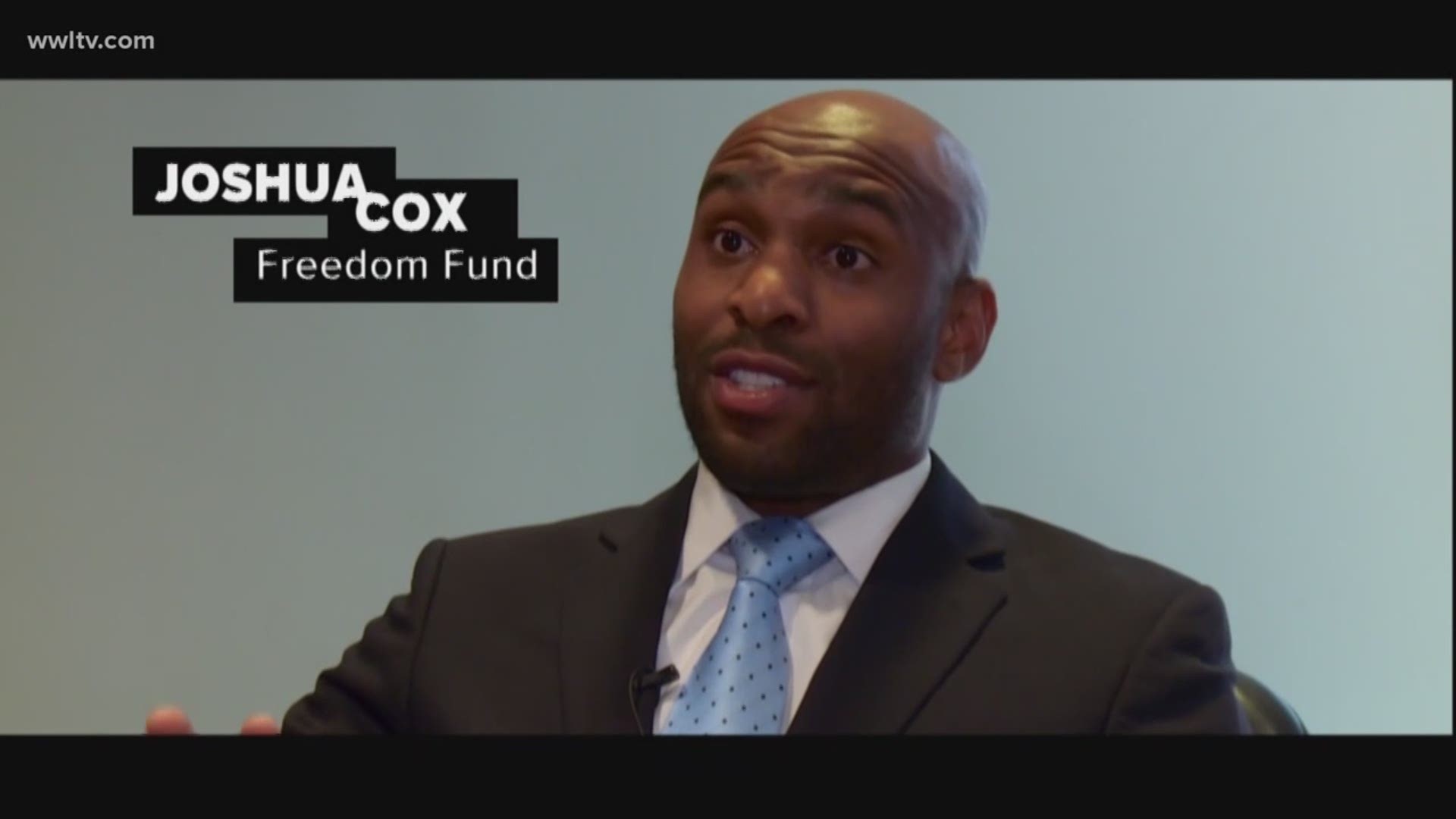 Police often complain about the revolving door that puts criminals back on the street shortly after they arrest them. Dramatic reforms in bail practices at New Orleans Criminal Court have been turning that age-old complaint into an everyday reality.

Mayor LaToya Cantrell – keeping a campaign promise – continues to offer full-throated support of policies that lower the jail population and decrease the use of surety bail in getting suspects released before trial.

Joshua Cox, Cantrell’s Director of Strategic Initiatives, is founder of the New Orleans Freedom Fund, an organization that pays the full cash bail of arrested suspects who can’t afford to pay for their own release.

Cox incorporated the fund as a “low-profit” LLC in May 2017, a full year before he was hired to work at City Hall. But now as one of the mayor’s senior advisors, he continues his work with the fund, often personally paying the cash to spring criminal suspects from jail.

The fund – and the criminal justice philosophy behind it – has recently become a hot topic of debate at Tulane and Broad, with vociferous supporters and detractors.

“It's extremely disturbing,” District Attorney Leon Cannizzaro said. “And I guess my question is why? Why are you doing this? Think about it. It absolutely is a get-out-of-jail free card.”

Among the loudest critics are officials in the bail bond industry, which has seen business slow since the bail reforms have quietly been implemented.

New Orleans Bail Agent Coalition President Matt Dennis was shocked to find out that a high-ranking City Hall official was running a fund to get out of jail.

“So the mayor's office has a person that does bonds?” Dennis asked. “Do they have a sign in front of City Hall that says City Hall Bail Bonds?

Dennis said suspects should always have the option to pay the court a refundable cash deposit while awaiting trial – instead of the non-refundable 10 percent for a surety bond – but he said there are problems with an unaffiliated third-party making the payment.

“Where’s the accountability?” Dennis asked. “If there is a total outside group, some agency we really don't know anything about, simply posting the bond for the individual, then it gives the defendant no reason, no incentive, to show up for court.”

New Orleans is not alone in rethinking the concept of bail. All over the country, courts are launching programs to grant more free releases and low bail amounts, as well as decreasing the reliance on the bail bond industry.

New Orleans’ pilot programs have led to bail amounts for felony suspects as low as $200, $100, even $50, five or more times lower than traditional bail amounts.

“It is expensive to detain folks. It is harmful to community,” said Derwyn Bunton, chief of the Orleans Public Defender’s office. “We need to re-orient ourselves as a community. These beds are for folks who are truly dangerous.”

Bunton said many suspects – even some booked with felonies – are a low risk to re-offend or miss court, and the community is boosted by allowing them to return to jobs, school or families.

“When you look at our jail population, it is going down without any appreciable increase in our crime rate,” Bunton said.

Recently, the city’s jail population dipped below 1,200 for the first time in modern history. Yet Bunton admits the bail reforms are relatively new and more information needs to be gathered.

That hasn't stopped some individual cases from getting sharp criticism, like that of robbery suspect Gino McDowell, released after posting a $25,000 bond, only to get re-arrested after police say he returned to the victim's store and threaten to kill him. Bail was set after that second arrest at only $200.

“What you're essentially seeing is a movement that has turned the accused into a victim,” Dennis said.

After weeks of research, WWL-TV found hundreds of recent bail amounts set at less than an average traffic ticket, some even lower. And in more than 200 cases, the bail was paid by the Freedom Fund. 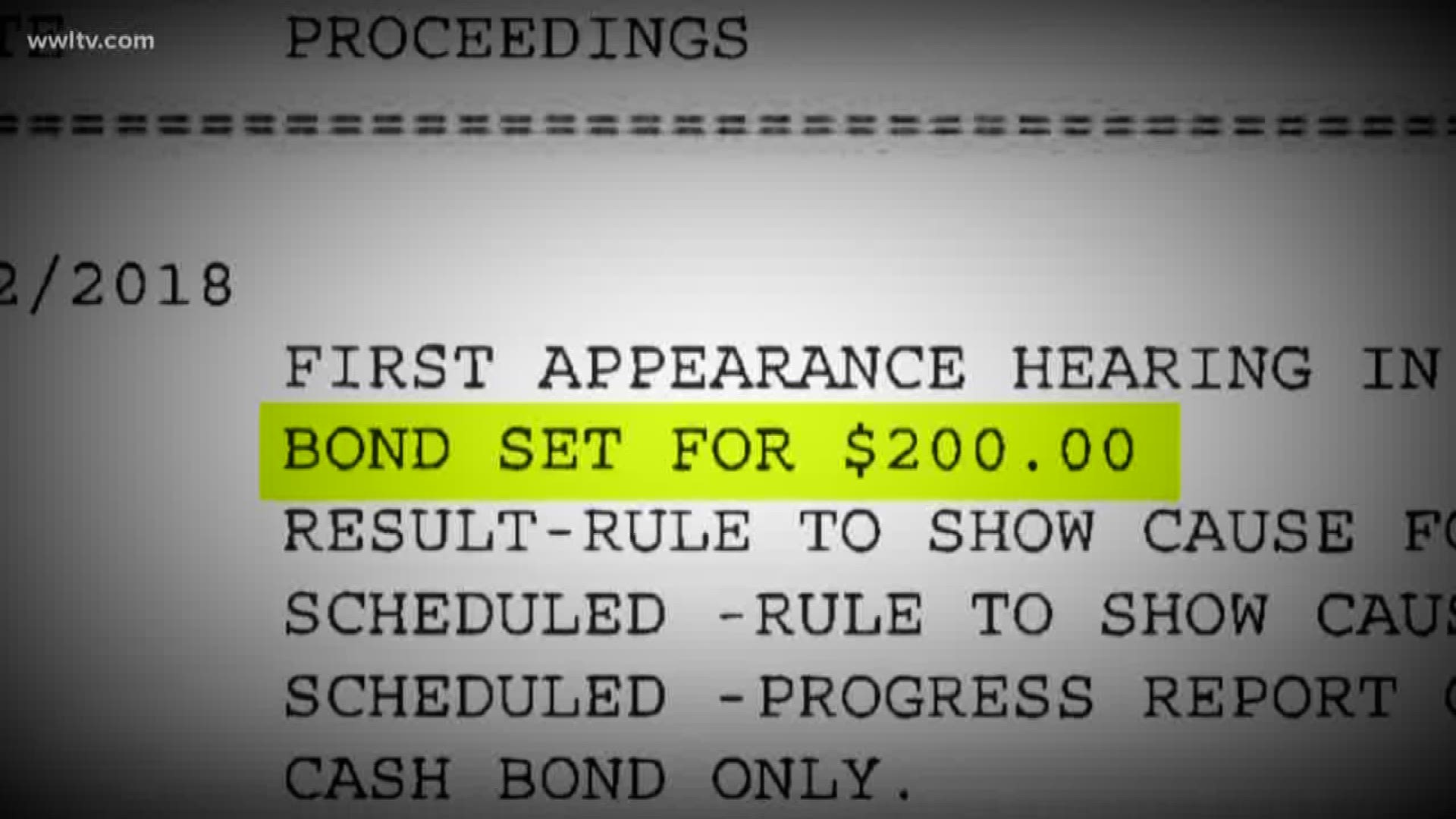 Aggravated assault suspect Daniel Bonney had a $5,000 bail for aggravated assault reduced to $1. And even at that token amount, Bonney didn’t have to pay. The Freedom Fund paid it for him, records show.

Bonney pleaded guilty to the assault charge, but he has since racked up three more convictions, including aggravated battery for slicing another man with a knife. Bonney is now on probation and did not show up for his most recent scheduled court appearance on Oct. 3.

The activists who run the Freedom Fund use donations to pay cash bail for arrestees like Bonney. Records show the fund has paid more than $200,000 to gain the release of more than 200 defendants.

Cox was not made available for comment about the fund, but the mayor's press secretary issued this statement:

“Mayor Cantrell has complete faith in Mr. Cox, and no objection to the work he does independently with the Freedom Fund on his own time. The Mayor is not aware of any impropriety, and we believe there is no conflict with his work as part of this administration."

Court records show Cox has personally paid cash bail for more than a dozen defendants. Nearly all of the rest have been paid by the other Freedom Fund organizer, local educator Jennifer Schnidman Medberry.

The Freedom Fund works with the public defender's office to determine which suspects are good candidates for a free release. But some choices are drawing fierce criticism.

Take the case of Desean Jefferson. Cox posted his cash bail of $2,500 dollars after a crack cocaine arrest, even though Jefferson was already on probation for an earlier theft conviction.

Then there's Lance Lewis, arrested in May on a charge or third-degree rape. Cox paid $5,000 to get him out.

Rafael Goyeneche, president of the Metropolitan Crime Commission responded to Cox’s payment of bail for a rape suspect needs to be examined further.

“That's truly disturbing,” Goyeneche said. “I think the mayor has an obligation to explain why that's happening.”

WWL-TV legal analyst Chick Foret has worked both as a prosecutor and defense attorney. He said he understands that bail that is set too high is an unfair hardship on people with few resources.

But he said some of the new bail reforms seem to have tipped the balance too far in favor of the defendant.

Cantrell, however, believes it was the old bail system that was broken.

In a statement co-written with City Council President Jason Williams, she stated, “We all want a safe city, but financial bail does not make us safer. Unnecessary detention does not make us safer. And our community pays the cost. New Orleans has the opportunity to be a leader in the South and in the nation in promoting equity and justice in our courts. We will continue to work together to become a model for addressing public safety without reliance on over-incarceration based on ability to pay.”