The video Gusman sent appears to have been posted by Zeton on Facebook on May 30. 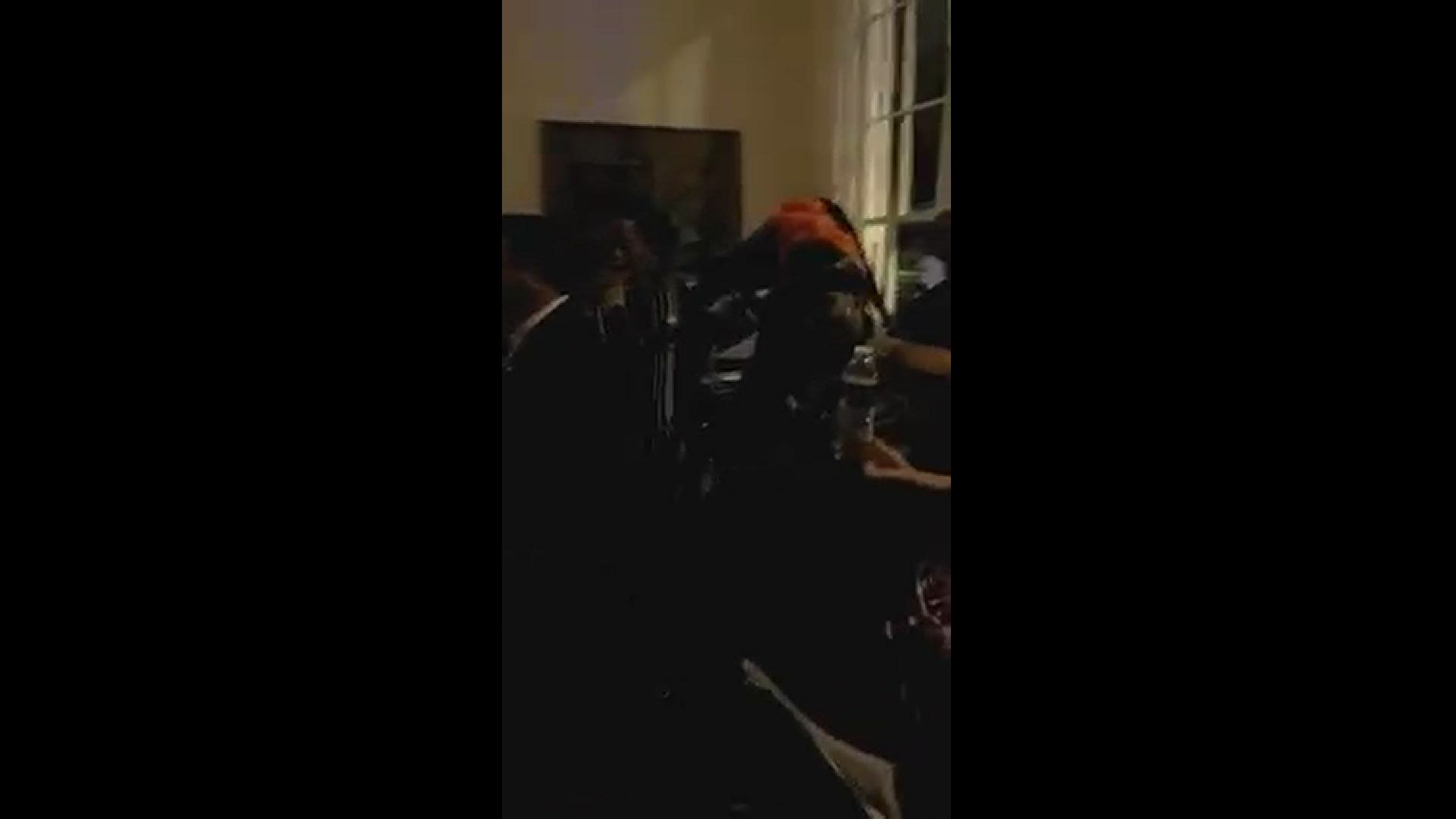 NEW ORLEANS — As he begins his re-election campaign, Sheriff Marlin Gusman wants to correct the record from a WWL-TV report on June 3. A video he sent to the TV station shows he never said anything in support of convicted felon Irvin Mayfield.

The story was about Mayor LaToya Cantrell, who was caught on video May 29, urging a crowd at the Magnolia Mansion to support Mayfield, even as Mayfield and his longtime partner owe more than $1 million in restitution for money they transferred from the city’s public library charity to their jazz orchestra, to lavish trips for Mayfield and into their own pockets.

In addition, the original WWL-TV story reported, based on the incorrect recollection of witnesses, that Gusman also took the microphone and made statements in support of Mayfield. WWL-TV reached out to Gusman before reporting the story and asked if the sheriff disputed the witnesses’ portrayal of his remarks. A spokesman said the sheriff had “nothing to add.”

But a month and a half later, as qualifying for this fall’s elections comes to an end, Gusman contacted WWL-TV to say he now had a video of full speeches by Cantrell, Magnolia Mansion owner Fouad Zeton and Gusman. The video Gusman sent appears to have been posted by Zeton on Facebook on May 30.

While Cantrell and Zeton spoke glowingly about Mayfield, Gusman’s brief remarks focused on New Orleans’ resilience in the face of pandemics and natural disasters and called the concert at the Magnolia Mansion “our coming out” from the pandemic. He did not mention Mayfield’s name while speaking to the crowd on a microphone.