Governor Edwards is expected to meet with the president on Thursday. The governor's office estimates the criminal justice reforms have saved the state $12.2 million. 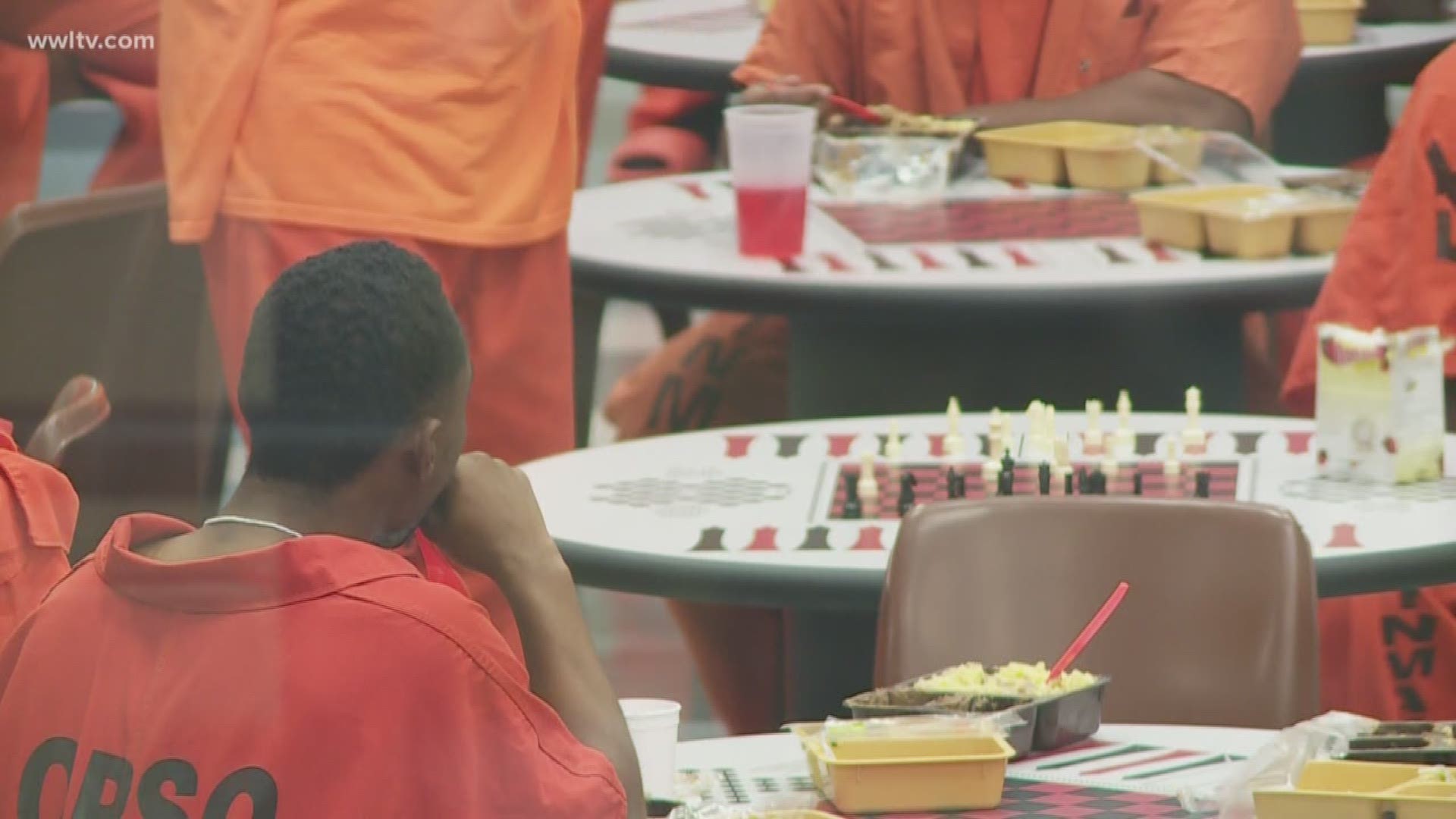 Louisiana is no longer the nation's top jailer.

That comes as a result of the state's criminal justice overhaul that went into effect last year. It expanded probation and parole opportunities and reduced sentences, mainly for nonviolent offenders.

"What we see is a reduction in recidivism already even those these reforms haven't in in place a full year yet," Rep. Walt Leger, D-New Orleans said. "While we have a lot more work to do, we're improving."

State Department of Correction figures indicate, 232 of the nearly 2,000 offenders released on November 1, about 12 percent, are back behind bars for violating the terms of their release or rearrested for allegedly committing new crimes.

The state's district attorneys claim the recidivism rate for those offenders is much higher than that, actually closer to one in four.

Leger points out the state's overall recidivism rate has been as high as 44 percent.

"Even if you agree with their numbers which says that 25 percent are recidivating, we've shown dramatic improvement," Leger said.

U.S. Senator John Kennedy, a critic of the reforms, claims at least two of the rearrested inmates are behind bars on murder charges.

Kennedy said, "Six months ago I was here and I said, you know, they're going to get somebody killed. Unfortunately, I was right."

Leger says the fact that President Trump now wants to speak to Governor Edwards about Louisiana's Criminal Justice Reinvestment Act is an indication the state is heading in the right direction with these reforms.

"The data, the facts, the evidence support that we are having great success," Leger said. "Regardless of the comments of other who are just trying to pick at the scab."

Governor Edwards is expected to meet with the president on Thursday. The governor's office estimates the criminal justice reforms have saved the state $12.2 million.

That money will now be reinvested in things like education and training programs to teach inmates skills before they're released from prison.