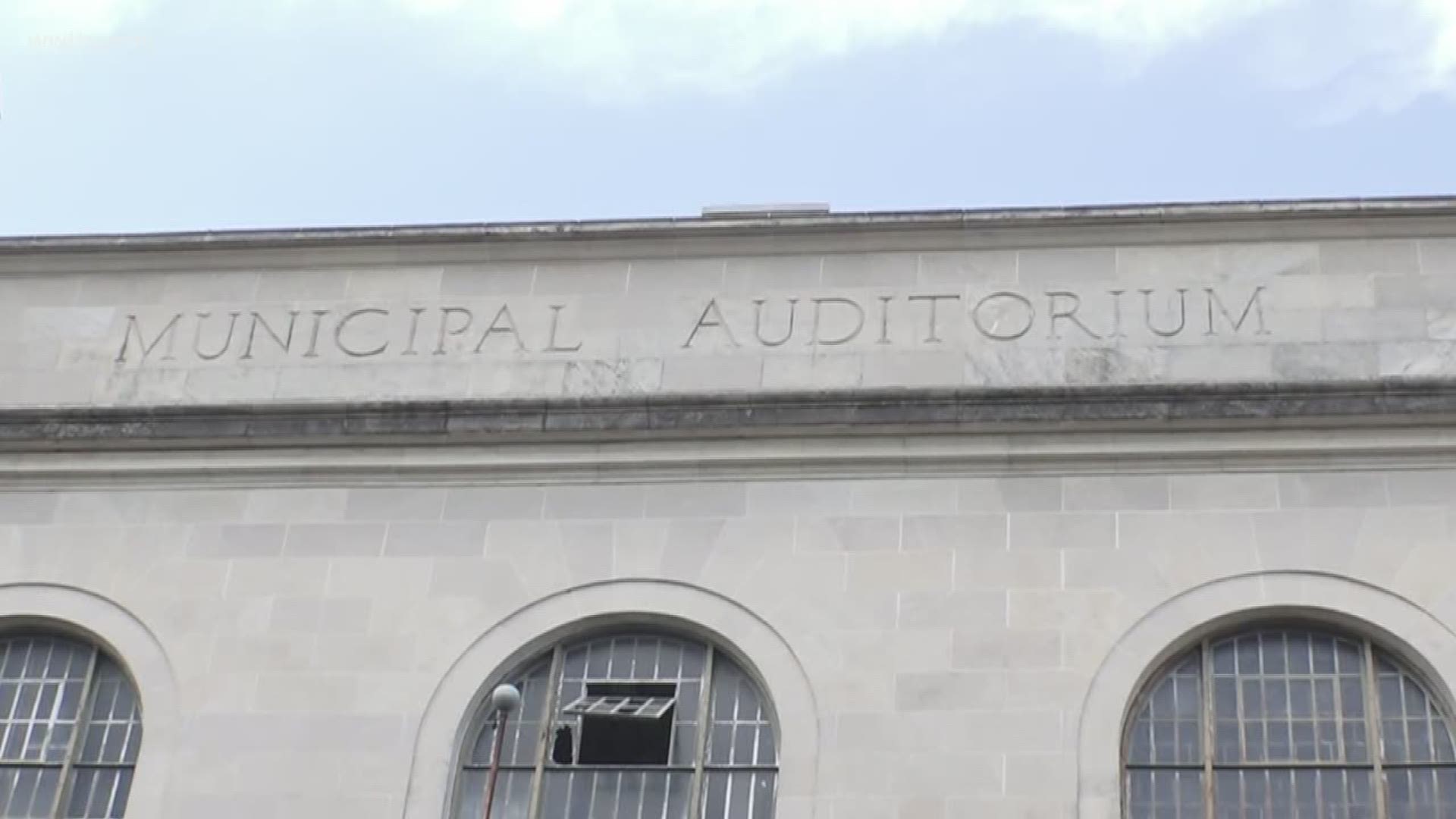 The Municipal Auditorium has had many uses during its 88-year history: concert hall, home of Carnival balls, basketball arena and hockey stadium, and casino.

Now, if a new idea from Mayor LaToya Cantrell takes shape, the newest use could be as the home to city government.

Cantrell made a surprise announcement on Tuesday during a Bureau of Governmental Research breakfast that she would like to move City Hall to the mothballed auditorium. She provided few details, however, and declined to discuss it later.

“I don’t want to discuss that right now,” Cantrell said during an unrelated event. “It’s a plan in the works. But it’s really exciting.”

Later Tuesday evening, a spokeswoman for Cantrell released a statement that said the idea of moving City Hall to the old auditorium is "just one of many options we are considering."

"However, every option is still on the table," the statement said. "This can’t be a decision made in a vacuum. It has to be a public decision and a thorough process."

The biggest question is how the city might pay for what would be a major retrofitting of the auditorium, which has been vacant and deteriorating since Hurricane Katrina damaged it 13 years ago.

Since the storm the city has haggled with FEMA about money to restore the building. In March 2017, FEMA agreed to provide $41 million for that work. The agency and City Hall, however, went to arbitration since the city said it needed more than $80 million for what it described as storm damage.

FEMA said Tuesday that the city lost nearly $2.5 million during the arbitration process and instead will now get $38.3 million for the work.

City Council President Jason Williams noted that the current City Hall is aging and getting more expensive to repair.

“We need to think outside of the box,” he said, adding that it would not be an easy move, especially not knowing about the financing. “Whatever is done has to not only be good for the people who work inside of city government; it’s got to be good for the community surrounding that area.”

Leo Watermeier, a longtime advocate for the auditorium and Armstrong Park, said the idea is not a good fit for the building or the park in which it sits.

“Armstrong Park is not an office park,” he said. “Parks are for recreation, entertainment, cultural events. That’s why the Municipal Auditorium was built -- for those purposes. … We don’t want to bring a large office building into Armstrong Park.”

He said he believes the building can still serve its original purpose, despite a large number of theaters and entertainment venues that have opened in the city since Katrina.

“We just think it needs to be restored and marketed and managed properly and it will be very successful,” Watermeier said.

Cantrell is not the first mayor to propose moving City Hall, and if history is any indication, the move would be a longshot at best.

In 1992, Sidney Barthelemy pitched the idea of tearing down the current City Hall, which opened in the 1950s, and building a sports arena on the site. That plan called for building to a new facility across the street from the Municipal Auditorium.

In 2009, the City Council voted down a proposal by former Mayor Ray Nagin to buy a skyscraper at Gravier and O’Keefe streets in the Central Business District which would be remade into City Hall.

Nagin argued that the current building would cost nearly $40 million to renovate and was too small for all city offices to be under one roof, which he said costs the city at least $1 million a year in rent.

Then in 2013, Mitch Landrieu suggested moving it to the former Charity Hospital, a building he envisioned as a consolidated consolidate home city government with Municipal Court.

HRI Properties, which is one of two companies seeking to rehabilitate the vacant hospital, has suggested once again that the building could once again be a new City Hall.