LOUISIANA, USA — In the aftermath of Hurricane Ida, a silent yet deadly danger creeping up on residents is carbon monoxide poisoning.

In just the two days after Hurricane Ida hit Louisiana, nearly four dozen people have been hospitalized and one person has died from carbon monoxide poisoning due to improper use of generators.

The number of those hospitalized is bound to increase as police are reporting multiple calls every hour of people being affected by carbon monoxide.

"It's important to recognize that carbon monoxide is not something that you're going to taste or see," said Dr. Emily Nichols, the head of New Orleans EMS. "It is something that is going to cause very minor symptoms all the way to death."

On Wednesday, New Orleans Police Department reported that a 24-year-old man died Tuesday after using a generator that was not properly ventilated. Police said the man was found inside a Freret Street business cold and stiff to the touch.

🚨 From JPFD: we’re responding to 4-5 carbon monoxide poisoning calls HOURLY right now. Open windows. Keep air flowing. We have taken TOO MANY people to the hospital.

New Orleans paramedics took 12 people, including seven children, from a home in Gert Town to a hospital for carbon monoxide poisoning Wednesday. Of those 12, officials said three are in critical condition.

Governor John Bel Edwards said in a press conference Tuesday that the aftermath after a Hurricane is usually the most dangerous time because of incidents with generators.

"Historically, we know that most people are injured and killed because of the response, not the storm itself," Edwards said. "Carbon monoxide poisoning from generators... now is really the most dangerous time over the next week... so we're asking people to be patient, to be careful and to please check on your neighbors." 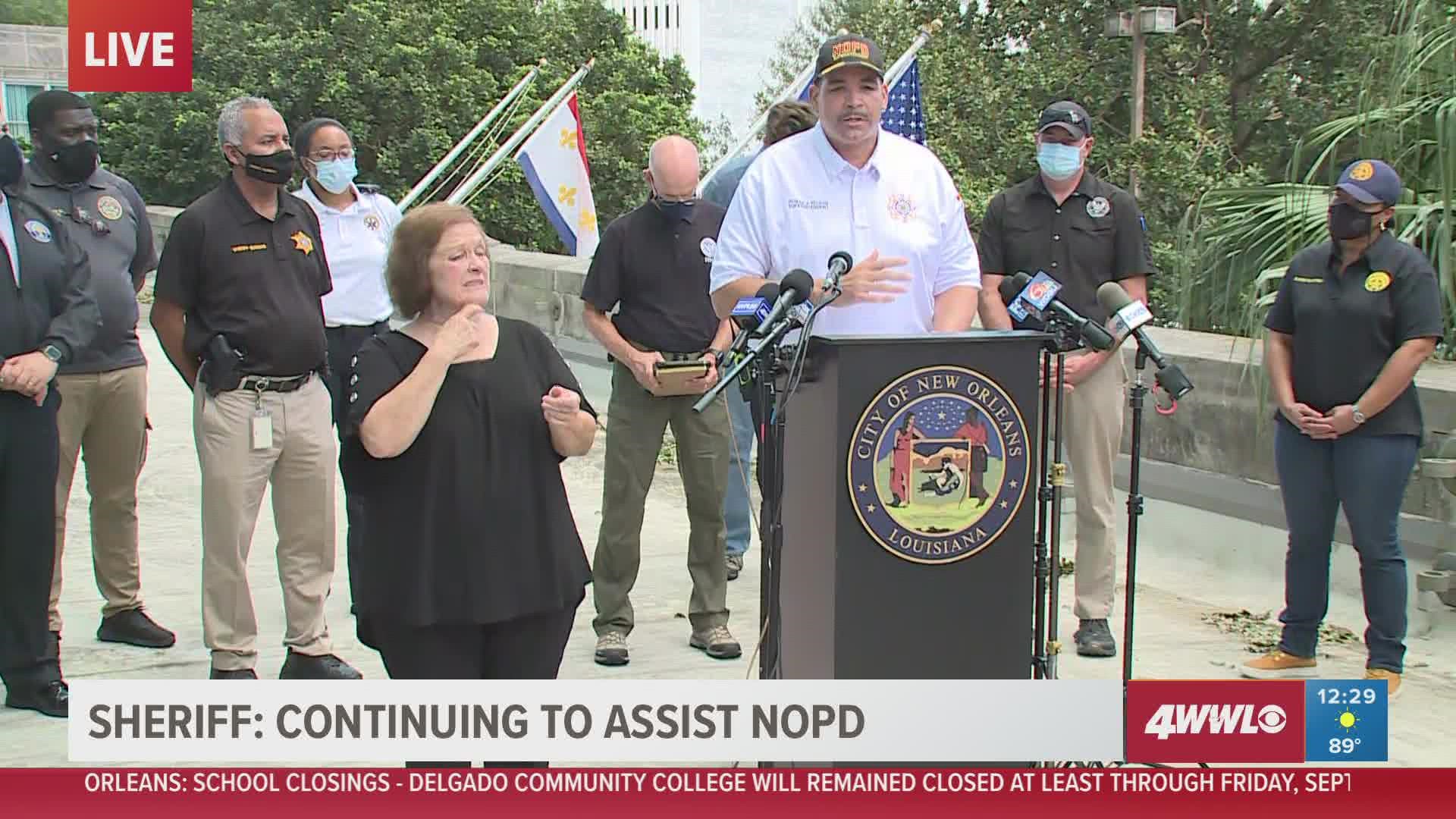 The Orleans Parish Sheriff said from 2005 to 2019, 900 people died from carbon monoxide poisoning as a result of portable generators.

"I went to Home Depot this morning and everyone that came out had a generator," said Sheriff Marlin Gusman. "There's a lot of people out there not familiar with generators, that don't know how to use them. Read the instruction manual... learn the limitations."

St. Tammany fire crews also responded to a person who was flash burned while refueling a generator on Monday and two families were displaced after a generator in between their homes caught on fire and spread to their houses. No one was injured in the fires.

It’s important to take precautions when operating a generator because they produce carbon monoxide gas. Breathing in too much carbon monoxide could cause fainting or death. According to the CDC, more than 20,000 Americans visit the emergency room and more than 400 die from unintentional carbon monoxide poisoning each year.

Symptoms of carbon monoxide poisoning are often flu-like and include:

In the aftermath of Hurricane Ida, officials have emphasized generator safety as almost all of the New Orleans metro area is without power and generators are in widespread use.