"It's like we think the same. We connect. I connect with horses. I can feel what they feel." 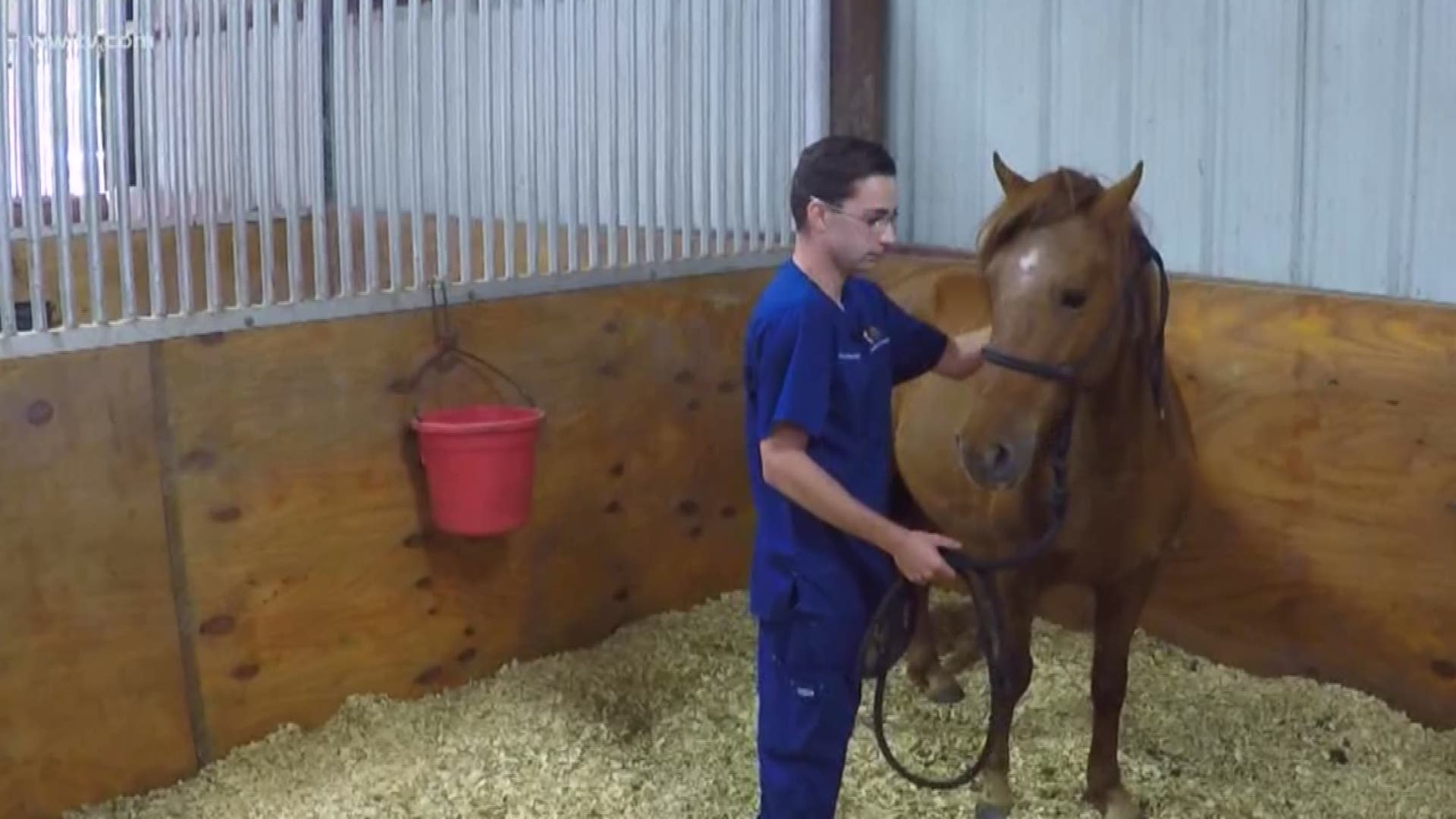 LAPLACE, La. -- A young man from Denham Springs believes it is his disability that gives him a special gift to communicate with animals.

And when horses or dogs are suffering from emotional pain after being abandoned or neglected, Joseph Lockwood is the one you call to help.

For 25 years, children and adults have been going to LaPlace for a special kind of therapy. The Greater New Orleans Therapeutic Riding Center has helped people with physical and cognitive disabilities grow in strength and mobility with the help of horseback riding.

"We had some instances of children that were told they would never walk, and the little boy's now walking with a walker and with crutches," said Anita Hefler, the Executive Director of the Greater New Orleans Therapeutic Riding Center in Laplace.

For the children, it's not like going to a hospital for help. It's time outside and time spent socializing with others like them while on the backs of calm horses.

But last summer, Hefler got a call about a team of neglected horses in extremely bad shape. She decided to take them in. One was a stallion that had become feral, completely wild from not being touched or handled.

"It took us three attempts to catch him,” Hefler said. “LSU (Veterinary School) went with us on the last trip.”

“Meaux Jeaux” was calmed some by becoming a gelding, but there was still a long way to go.

"We're working with him now,” Hefler explained. “We're able to put a halter on him, doing some desensitization stuff with him.”

But still, when veterinarians came, he would run wild in circles around his stall. Then one day a young man came to help.

Joseph Lockwood was born in Hungary and sent to an orphanage because his family did not have the means to provide a home for him. At two years of age he got meningitis, which took his hearing completely.

"I used to eat fresh cherries. I used to drink milk. I used to play with some of my animals. I remember the snow. We used to play in the snow. It was cold outside," Joseph Lockwood, 24, said in sign language while his mother interpreted.

His mother, Carole Montgomery of Baton Rouge, knew she had to add Joseph to her family and adopted him as a toddler. But as Joseph grew up, something became apparent.

He has an IQ of 156. That is classified as a genius. After begging for a horse, he got one at the age of seven. Within just three months of training, he became a champion in the hunter-jumper category. His trainer knew Joseph had something special.

"And she said, 'No, I want him to compete.' She said he has this innate ability," Montgomery remembers.

But there was something else special about Joseph. Something even untamed Meaux Jeaux could see: Joseph is a horse whisperer.

"When I looked at Meaux Jeaux and felt him, we looked eye-to-eye. It's like we connected, but our eye contact with one another caused him to calm," Lockwood signed.

Joseph went to Virginia for formal training and became certified and licensed in Equissage. He started a nonprofit called Hooves and Paws Equine and Canine Therapy, providing professional massage therapy services for horses and dogs to bring them physical and psychological healing.

"And I can feel, like if a horse has muscle spasms, I can feel it with my hands," Lockwood said.

He believes being deaf has helped his other senses become more fine tuned.

"I think hearing people would not be as focused visually and I think my senses are strong and, you know, it's funny because it's like dogs and horses know I'm deaf," he said. 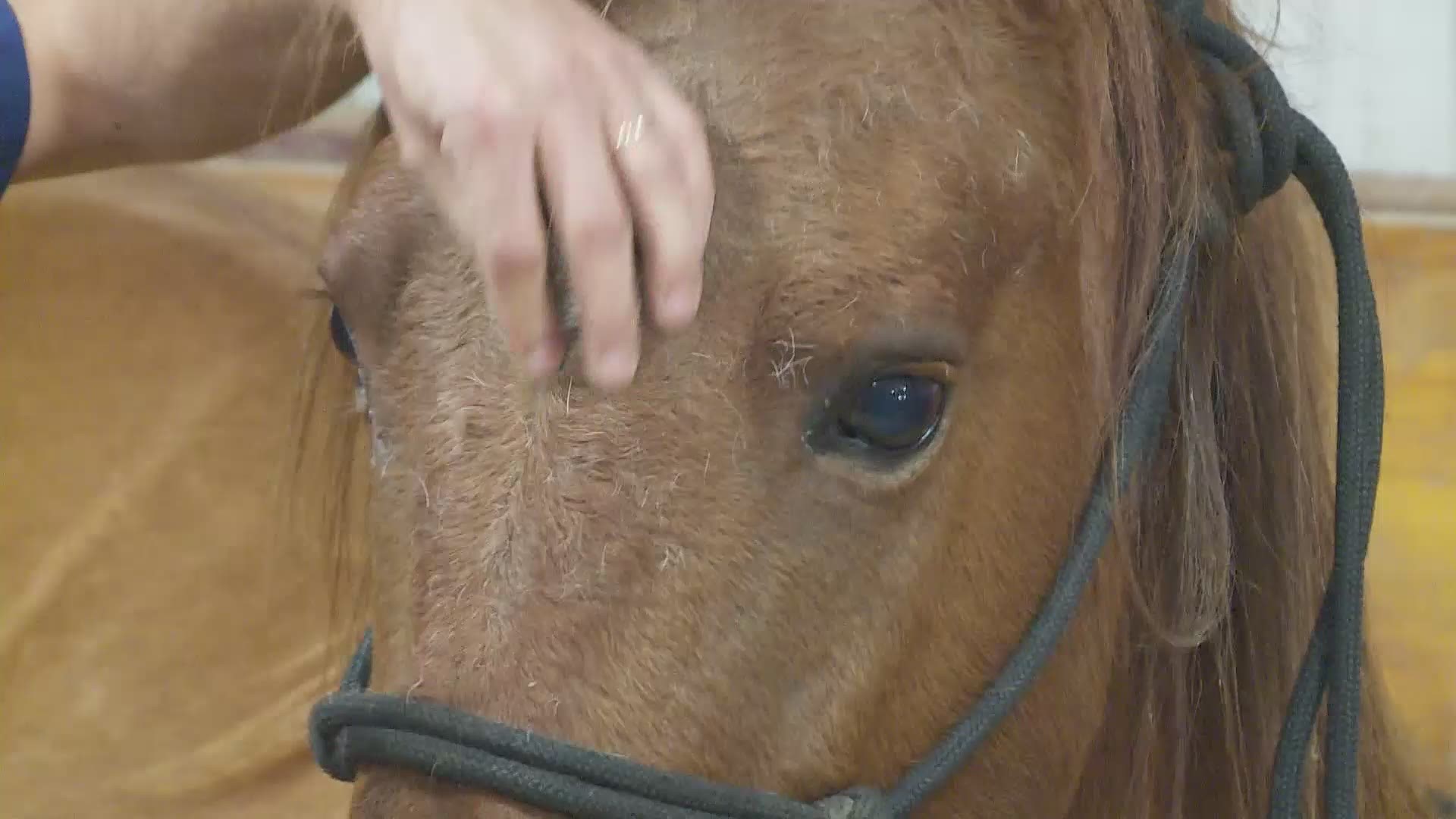 I asked Hefler if she was nervous the first time Joseph went in Meaux Jeaux's stall and approached the feral horse.

"I wasn't nervous,” she said. “I just didn't know what to expect. Meaux Jeaux had never been touched everywhere, and he was so defensive about being touched at all, but as soon as those two locked eyes, they had a great, great working relationship. He completely trusts Joseph.”

Joseph has worked with neglected dogs too. His own horse is deaf. He has worked with a horse with pain from a prosthetic leg. He says he knows when they have aches and pains and anxiety.

"It's like we think the same. We connect. I connect with horses. I can feel what they feel," Lockwood said.

And he is not giving up on Meaux Jeaux.

For more on the horse therapy program in LaPlace click here.

For more on Joseph's horse and dog program click here.