Doctors say to get on an antiviral prescription within the first two days of symptoms. Also, children should stay home from school until they have been fever-free for 24 hours when not taking fever-reducing medication. 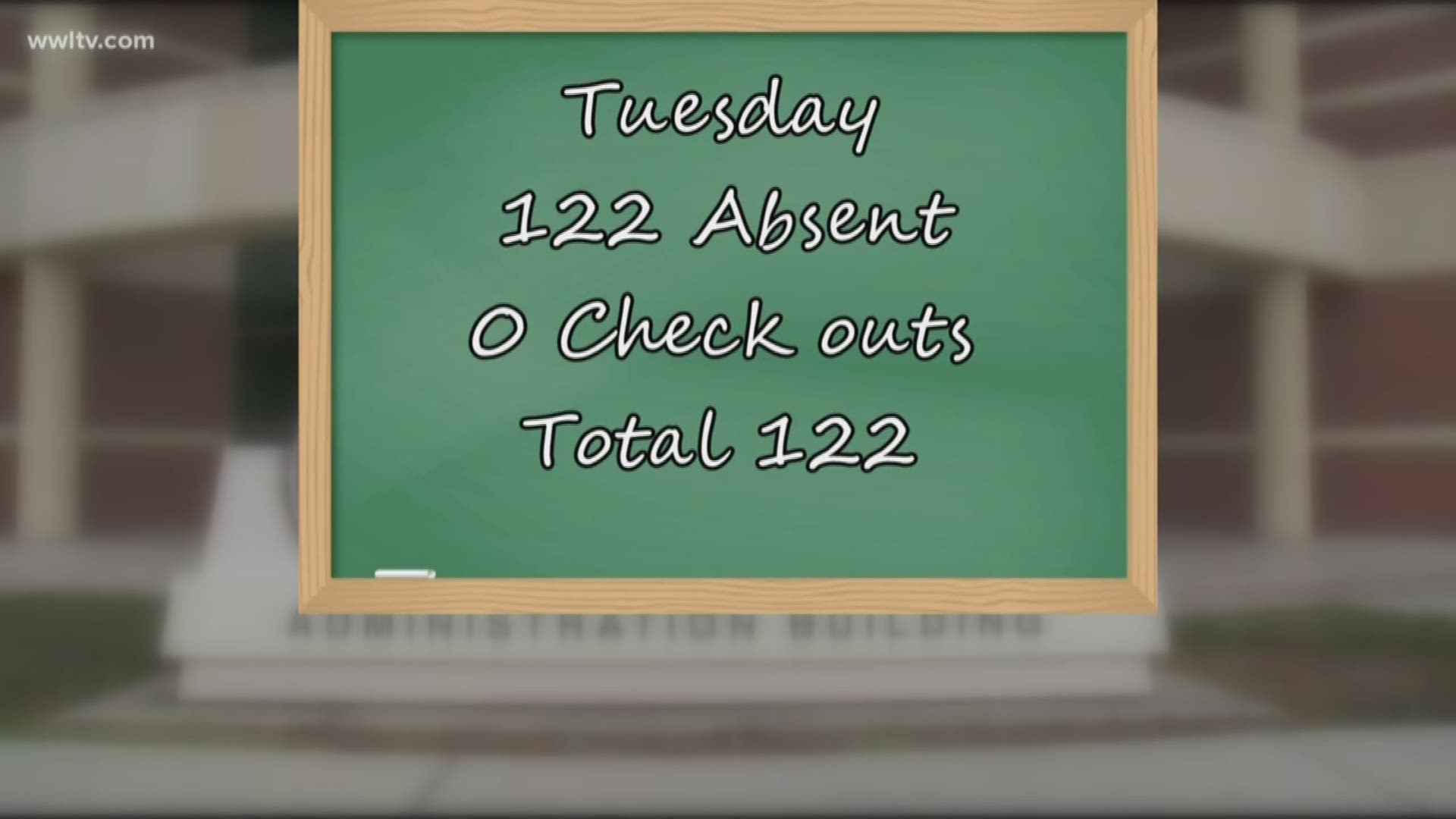 "I was a little worried, little worried. My son came home a little sick last night but once he got home, he started feeling better. I'm glad. Thank God," said a student's father.

Jefferson Parish Schools officials said 122 of the school's students, Pre-K to 5th grades, stayed home Tuesday. That's nearly one-third of the student body. While there were no check-outs, the number is up from the 110 students Monday, when 54 were absent and 56 checked out early. 15 of the sick students had tests and were confirmed to have influenza.

RELATED: More than 100 students out sick at Marrero elementary school

Along with social media and email alerts, Jefferson Parish Schools posted a video on its website about how the flu is spread by coughing and sneezing and by touching the eyes, nose or mouth without washing hands.

Doctors said the reason parents may be seeing some stomach problems in children is because when children get influenza, they are much more likely than adults to have stomach upset along with the fever and the coughing.

Along with good hand washing and coughing into your inner elbow, infectious disease expert at LSU Health Dr. Fred Lopez said that because the usual peak in flu cases is in February and March, it is not too late to get a vaccine.

And even if your child has  gotten the flu, you should still get him or her a vaccine when he or she is well. That's because it protects against four different strains, three others your child could still get.

RELATED: This free screening could save your life

The vaccine is a good match this year to the strains going around. That's the best prevention, as a grandfather at the school in the carpool line is well aware of.

When asked if his grand children are concerned about catching the flu, he replied, "Oh yes. They took the injections and all that. They got their flu shots."

RELATED: New bill would ban abortions in Florida once a heartbeat is detected

But they are only among the 50 percent of the U.S. population who have gotten one this year.

Doctors said to get on an antiviral prescription within the first two days of symptoms. Also, children should stay home from school until they have been fever-free for 24 hours when not taking fever-reducing medication.