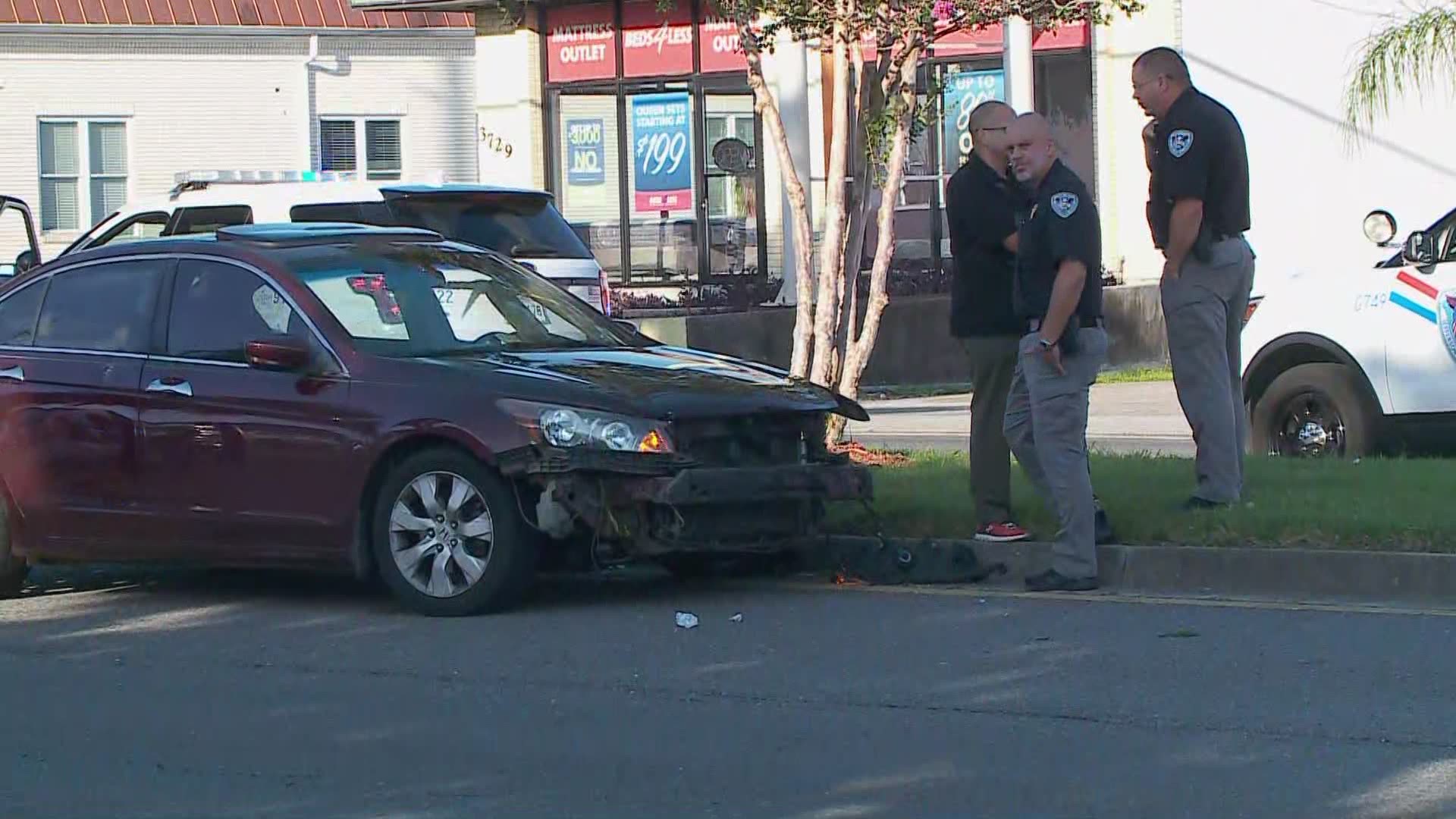 KENNER, La. — A New Orleans police chase with an armed carjacking suspect ended in a crash in Kenner on Thursday morning.

According to the New Orleans Police Department, police were notified around 5:25 a.m. about a carjacking in the 12300 block of South I-10 Service Road. Police say a man stole a car at knifepoint and drove off.

About 10 minutes later, officers spotted a car matching the stolen car’s description in the 7800 block of Chef Menteur Highway. The NOPD said the car fled from officers and a pursuit was authorized.

The chase continued on I-10 and I-610, into Jefferson Parish and eventually Kenner. Just before 6 a.m., the suspect crashed into another vehicle near Williams Boulevard and 37th street.

Police identified the suspect as 49-year-old Isadore Foreman, who police say will be booked into the Orleans Parish Justice Center for armed carjacking and flight from an officer. He also faces additional charges in Jefferson Parish.

NOPD officials said in an email that there were no injuries in the crash, but Kenner Police Deparmtent Lt. Michael Cunningham told WWL-TV Foreman was taken to the hospital after being arrested. He added that the other driver sustained minor injuries.