A record number of animals were brought into the shelter in just one week. 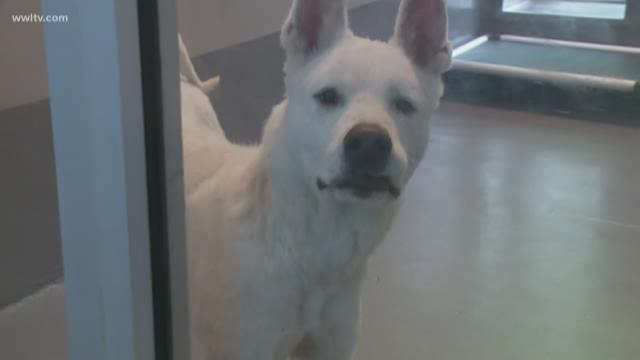 The Louisiana SPCA is asking for your help.

There is not enough space, or even enough volunteer foster homes, to care for the record number of animals that were brought into the shelter.

The influx happened in just one week.

It's mostly dogs that came in, and some kittens. The Louisiana SPCA says there are several reasons why this is happening. Half of the dogs that are now homeless, were people's pets that were surrendered.

A little Pekingese is hoping to leave the SPCA in the arms of Australia Mosley. She and her mom have decided to adopt, not buy a dog.

"I like make sure, I don't want the dogs to be alone. I want them to play with somebody," said 8-year-old Mosley.

The Pekingese is one of the more than 130 dogs and cats that came into the Louisiana SPCA just last week.

"All of those animals, just coming in at once, it was just a historic intake week for us," said Louisiana SPCA Communications Director Alicia Vial.

There are many reasons: spring births of litters, strays due to lack of spaying and neutering animals, rescues from animal cruelty situations, but the number one reason was owners surrendering their pets.

"Landlord issues. Always landlord issues. We need more pet-friendly housing in our city. We need, we have a lot of individual landlords here, not necessarily complexes, and those landlords, they're nervous. They're nervous to allow pets into their properties. Sometimes the insurance companies will dictate what they're allowed to have," said Vial.

Due to a lack of space, many of the animals are in foster homes, but there are not enough of those either, so SPCA employees stepped up to be foster families. That's what happened to Pancake the Chihuahua on Friday, but Tuesday, just four days later, that foster home is no longer temporary.

"Pancake fell in love with our almost 11-year-old pit bull, and our 14-month old daughter, and our six-year-old son, and my six-year-old is very attached to Pancake," said Humane Officer

After a social media video asking the community for help, 50 animals were adopted over the weekend, but as those lucky dogs were leaving, 14 more newly homeless came in.

The American SPCA is also stepping in to help the overcrowding situation. Animals from New Orleans and other shelters across Louisiana, will be transported to other parts of the country to increase their chances of finding a home.

In the meantime, the Louisiana SPCA is asking for help, both with permanent and foster homes for all the animals.

For more information on the Louisiana SPCA and how to adopt an animal, click here.