Meyers finds the report disturbing. She helped work with the city council to pass an ordinance allowing those with disabilities an opportunity to park close to buildings, especially in areas with limited spots. 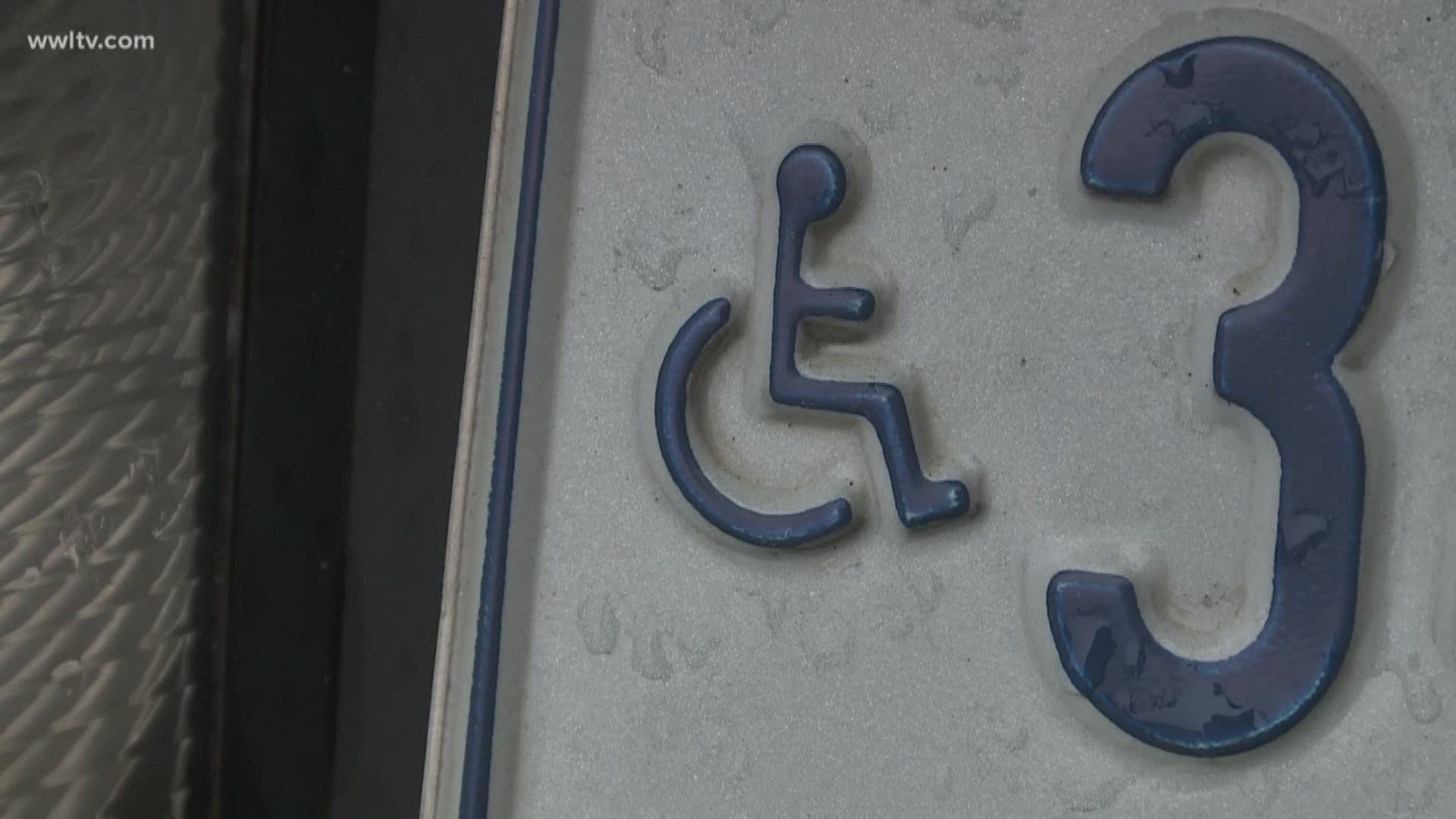 NEW ORLEANS -- Ashley Volion depends on her wheelchair to get around her job at the Advocacy Center of Louisiana.

It's because she lives with Cerebral Palsy.

"For me in particular I'm not able to walk," Volion said. "I have spasms. I need assistance with my everyday basic needs."

Often times when she needs to run chores or pay bills getting in and out of building is tiresome.

Volion says it hurts finding out able-bodied people working for the city used handicapped tags to their advantage.

"In some instances, when some individuals had the right to use handicapped tags, they parked beyond the 5 hours that someone with such a tag would be allowed to park at a meter," Derry Harper, New Orleans Inspector General said.

The OIG estimates the actions of those 26 employees cost the city $197,000 in parking meter revenue.

"The only reason that people with disabilities don't pay for parking is because the city's sidewalks and streets were not accessible to them," Susan Meyers, Director of Policy and Community Advocacy at The Advocacy Center of Louisiana said.

Meyers finds the report disturbing. She helped work with the city council to pass an ordinance allowing those with disabilities an opportunity to park close to buildings, especially in areas with limited spots.

"If this really is an issue, that the Sewerage and Water Board needs to come up with a solution for finding parking. For it's employees, for its customers," Meyers said.

"It's not just a parking space of convenience to be closer to where you want to go. Abusing our right, you're making it so people won't have the ability to have those special designated spaces," Volion said.

Eyewitness News reached out to the Sewerage and Water Board Thursday afternoon, but did not hear back.

In response to the report, the city has reportedly changed the way it patrols and enforces parking near the headquarters of the Sewerage and Water Board.