Video shows a group of protestors breaking through two police lines on the CCC before tear gas canisters were deployed. 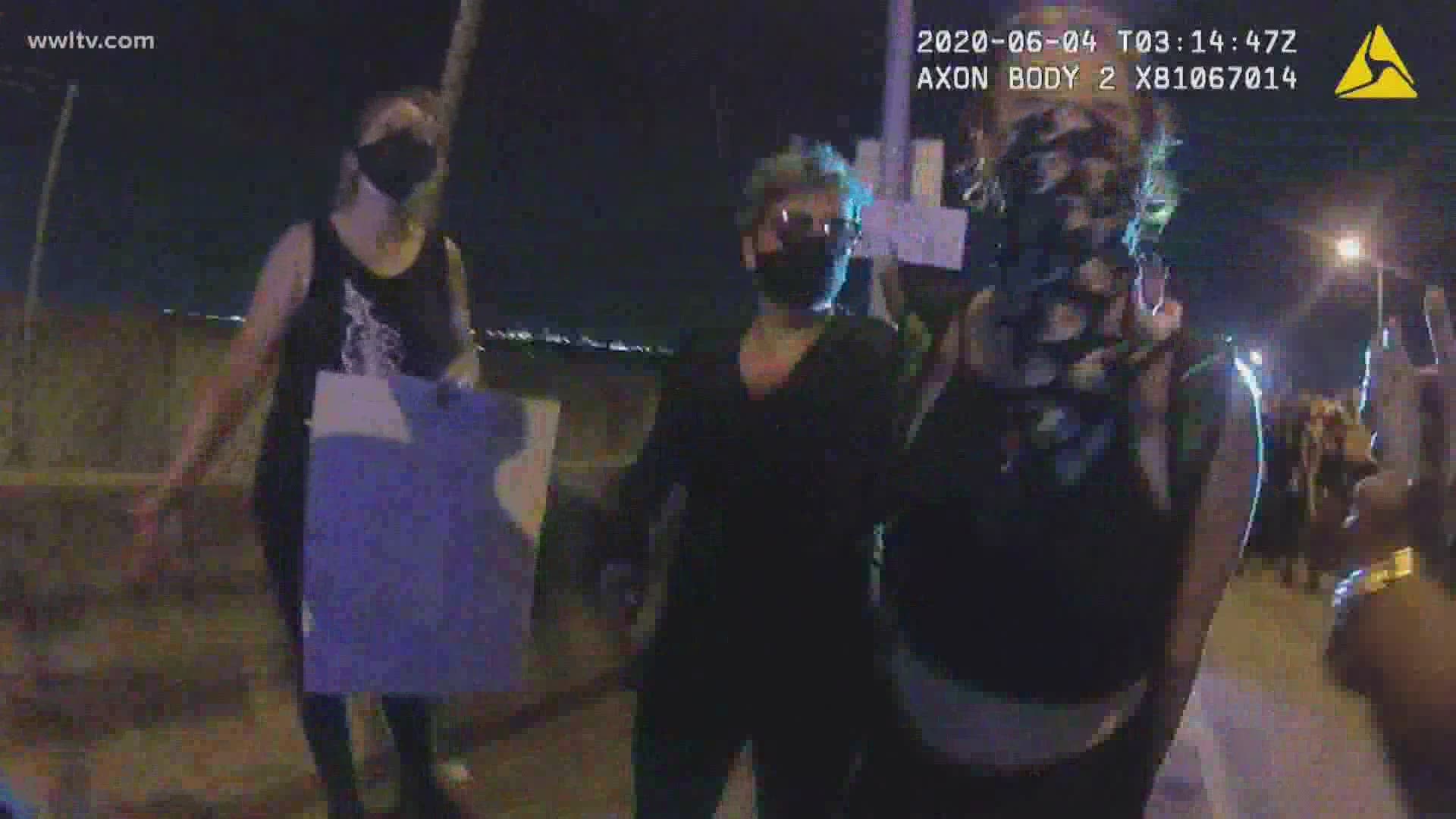 Thousands of people took to the streets, calling for change and demanding justice for George Floyd, who was killed at the hands of Minneapolis police.

The march wound through the city, but stopped when police blocked them from crossing the Crescent City Connection bridge.

“While we had many, many peaceful protestors throughout the night,” NOPD Supt. Shaun Ferguson said. “This event was a peaceful event up until we reached the Pontchartrain Expressway.”

According to Ferguson, officers spent nearly 30 minutes negotiating with protestors, asking them to turn around and get off the bridge.

She is heard on the video saying, “You need to know they are ready to beat us. They’re ready to shoot us. I’m letting you know if you cross this line, what you need to be ready for.”

Chief Ferguson said that is not what his officers were telling demonstrators.

“We were not saying we were going to shoot anyone," he said. "She used those words. She chose to use those words, but those were not our words.”

But Chatmon said police should have let protestors cross the bridge and go home.

“I know they’re going to spin this anyway it’s going to make them look as though they are doing the right thing, but they’re not,” Chatmon said.

Video shows a group of protestors breaking through two police lines on the CCC.

Police then used three rounds of tear gas to clear the bridge.

Some officers and protestors were hurt during the confrontation.

Chief Ferguson says he is confident his officers tried to de-escalate the situation before using non-lethal force.

But, everything else, including the use of rubber stinger rounds is still under investigation.

Ferguson revealed a couple of the officers involved won’t be allowed to work the protests until the NOPD investigates how decisions were made on the bridge, what actions were taken and why.

RELATED: NOPD did use 'rubber balls' on protesters along with tear gas during CCC confrontation