Massive protest on I-10 in New Orleans remains peaceful, no arrests made; police take knee in solidarity

Hundreds of protestors walked on the highway overpass Tuesday night, blocking traffic in both directions. 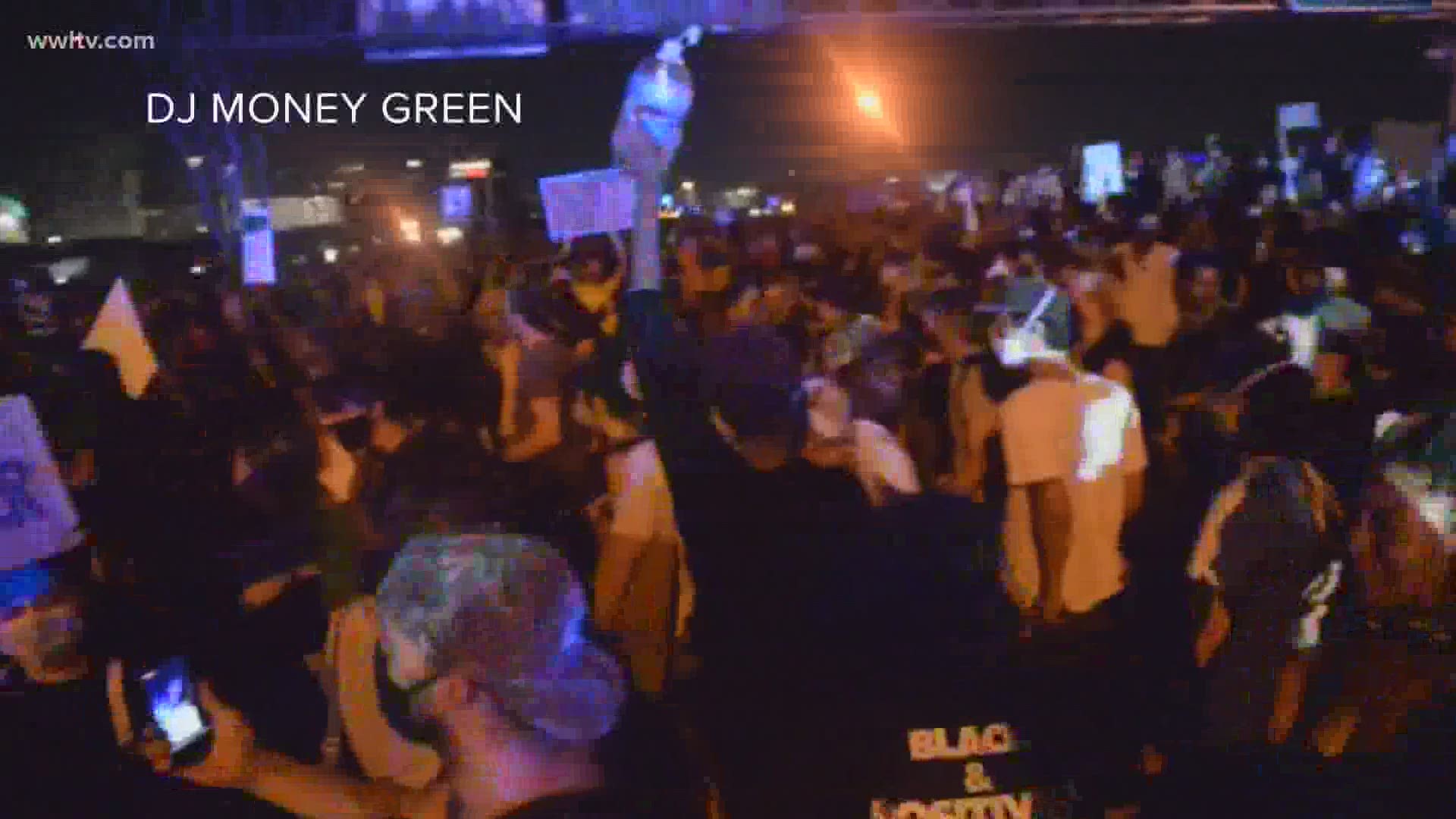 NEW ORLEANS — Protesters blocked traffic on I-10 for over an hour near downtown New Orleans Tuesday in a demonstration against police brutality over the killing of George Floyd last week by a Minneapolis police officer.

Hundreds of protesters walked on the highway overpass Tuesday night, blocking traffic in both directions. Shortly after 8 p.m., the demonstrators began allowing westbound traffic to flow again, continuing to march east on the eastbound side of the interstate.

Protesters stopped at a line of NOPD officers with riot shields and a brief standoff ensued, marked by signs of solidarity from uniformed officers.

The police line knelt down alongside protesters.

The NOPD tweeted about the protest, asking commuters to avoid the area.

Protesters are on I 10 between Tulane and Esplanade Avenue east and westbound. Please avoid that area if possible until the demonstration subside.

The New Orleans Advocate | The Times-Picayune's Ramon Antonio Vargas reported on Twitter that Chief Deputy Superintendent John Thomas, the NOPD's second-in-command, was heard on a bullhorn telling protesters that the police force supported them.

“We feel ashamed for what this officer did to tarnish the badge,” he said.

Police told protesters they could continue to march, but had to leave the interstate. Sometime around 9 p.m., the protesters began filing off I-10 onto Orleans Avenue, with one organizer reportedly telling the dispersing crowd to return to Duncan Plaza, outside City Hall, the next day.

No violence. No arrest. No pepper spray. No tear gas. No rubber bullets.

This is the fifth day of protests in New Orleans over Floyd's killing. Protests have been ongoing across the nation for days, with some leading to violent confrontations with police or looting and property damage.

All of the New Orleans protests have been peaceful.

Standing in front of headquarters on Tuesday morning, the New Orleans police chief asked protesters to not "take the bait" from others who would incite violence during otherwise peaceful protests.

"Anyone wishing to cause any issues of violence, destruction... we're prepared to engage them," Ferguson said.

Floyd's arrest and subsequent death in Minneapolis were caught on video that drew outrage across the nation after circulating through social media. In the footage, Floyd, a black man, is seen on the ground with a white Minneapolis police officer's knee on his neck.

Massive crowds tonight at Duncan Plaza for the #BlackLivesMattter protests near City Hall #BeOn4 Thanks to Matthew Bourque for this photo too! pic.twitter.com/R0aXYd26MN

Floyd can be heard saying that he cannot breathe before he stops making sounds or moving.

The officer who was seen in the video with his knee on Floyd's neck was fired after video of the arrest surfaced. Derek Chauvin, 44, was arrested and charged with third-degree murder and manslaughter Friday in connection with Floyd's killing.