“They want to thrive, not just survive and that has become increasingly clear." 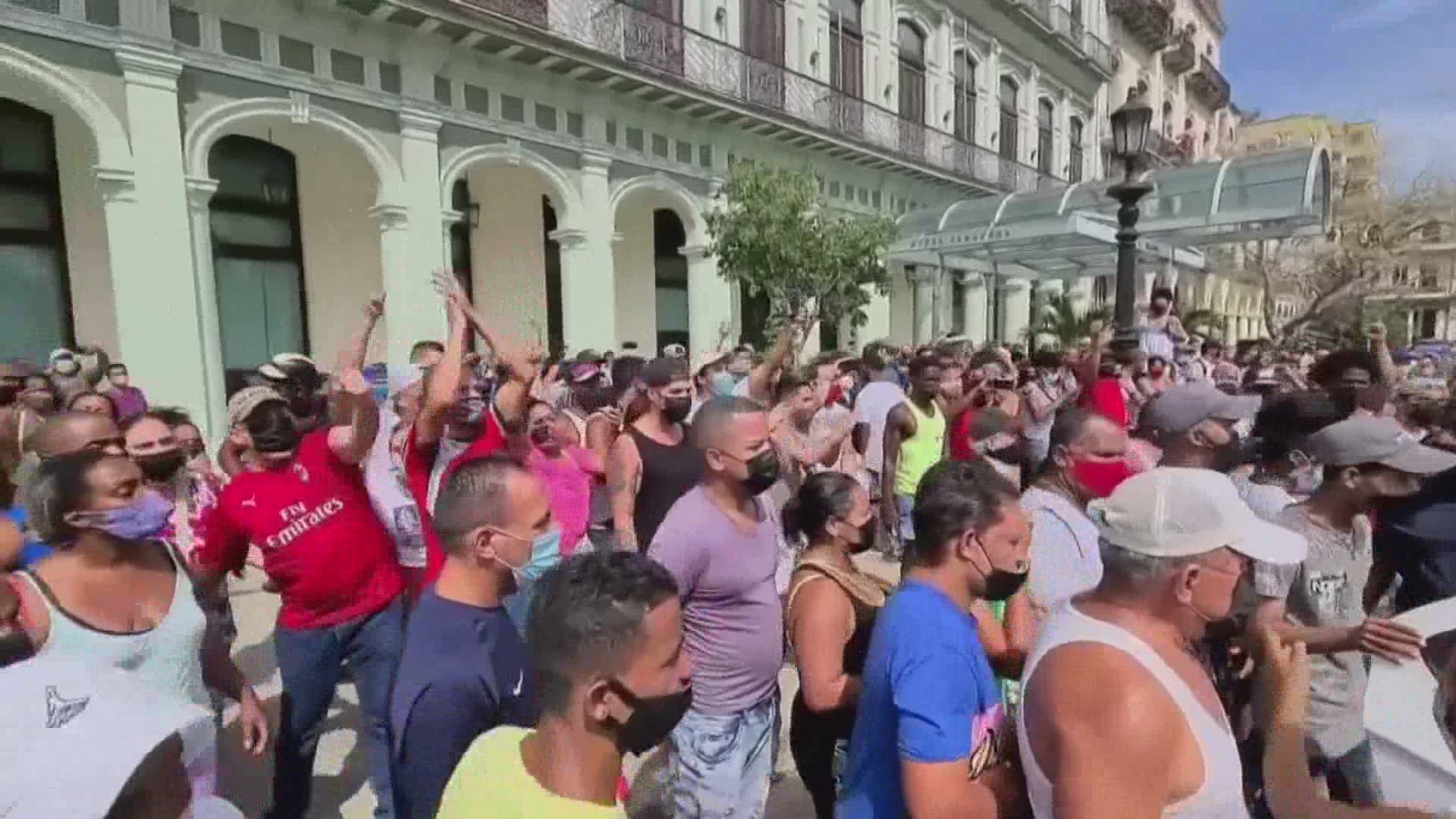 NEW ORLEANS — Protests erupted over the weekend across Cuba.

Thousands of people took to the streets chanting “freedom” calling for President Miguel Diaz-Canel to step down.

“There are many, many people who are sick and tired of the dictatorship,” New Orleans Attorney George Fowler said.

Fowler left Cuba when he was 9 years old. He’s been involved in the anti-Castro movement for more than 40 years.

“I’m pretty encouraged by what I’ve seen," Fowler said. “I’ve never seen a demonstration go from east to west on the island, ever.”

Miguel Soler is a Cuban American from New Orleans. His parents fled Castro's socialist regime in 1961.

“Based on how widespread it is, I tend to believe that it’s going to be a movement,” Soler said. “This hasn’t happened in decades and it’s fueled by the younger generation.”

The video for “Patria y Vida,” Homeland and Life, by a group of Cuban hip-hop artists went viral. It now serves as a bullhorn for more to join in the protest.

“People are saying hashtag 'Patria y Vida,'" Carolina Caballero at Tulane University said. “They want a voice at the table and they don’t want to be excluded because they’re asking for more.”

Cuba is going through its worst economic crisis in decades, along with a resurgence of coronavirus cases.

Caballero is the Associate Director of the Tulane’s Institute for Cuban and Caribbean Studies.

“They want to thrive, not just survive and that has become increasingly clear,” Caballero said.

A rally is planned in support of the Cuban protests Saturday afternoon in New Orleans.

It is expected to start at 1 p.m. at the statue of Jose Marti at Banks Street and Norman C. Francis Parkway.

Louisiana U.S. Senator John Kennedy had this to say about the Cuban protests:

“America must support Cubans in their call for freedom, and President Biden should stand with the people of Cuba against its Communist regime now and in the coming days.”

RELATED: Demonstrators in Tampa march in solidarity with Cuban people

RELATED: Columbus family cut off from communicating with loved ones in Cuba