The Anti-Defamation League is working with New Orleans detectives to possibly charge the man with a hate crime on top of the burglary charge. 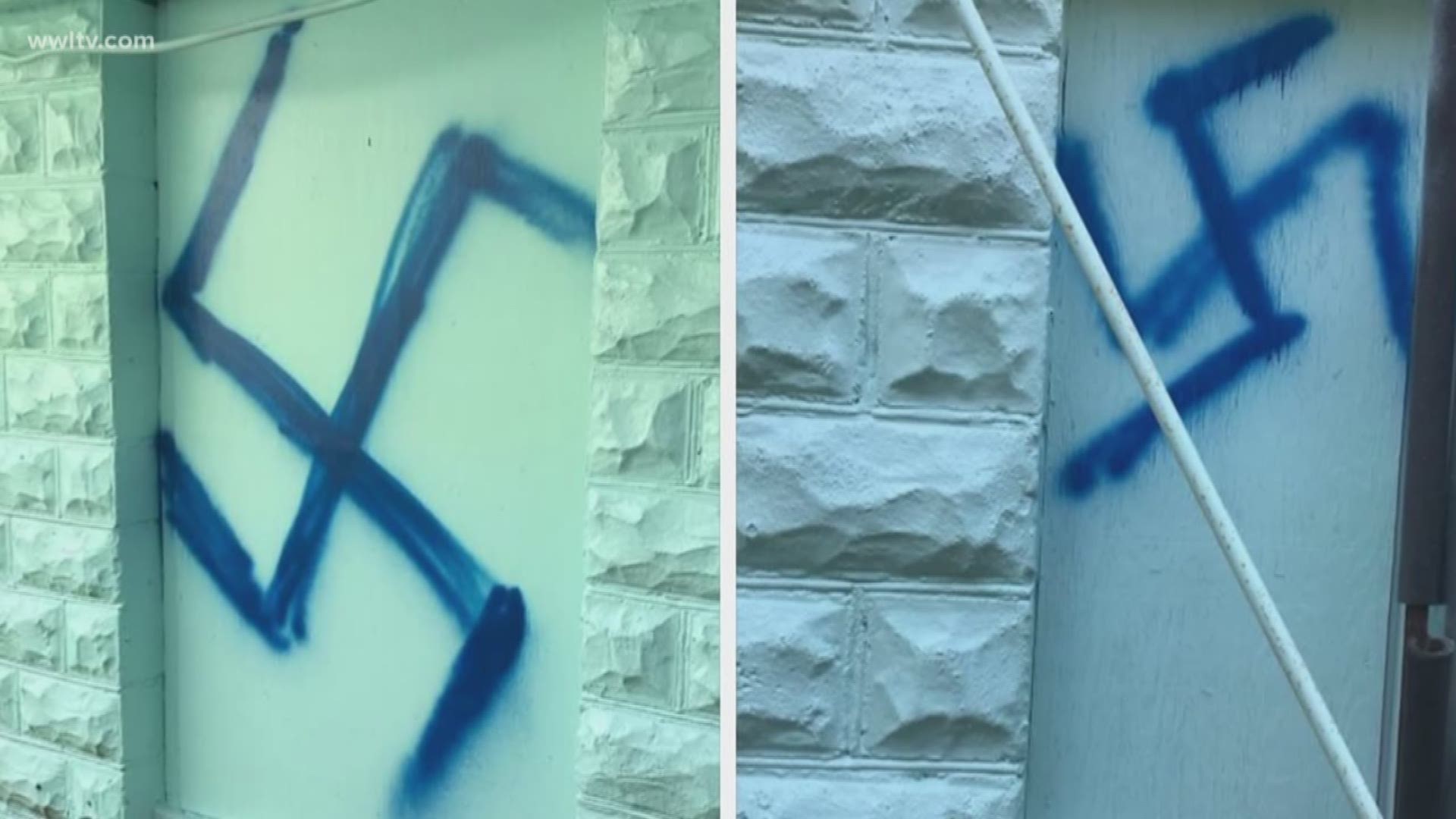 NEW ORLEANS — A group of roommates in the St. Roch neighborhood celebrated Hanukkah last week, but woke up to find a robber in their house and anti-Semitic graffiti spray painted outside.

"Our back door over there was wide open, there were drawers inside our house turned upside down, the police came, there was someone sitting in our living room," Alison Cohen explained. "There were cans of spray paint on him, they noticed there was graffiti on this house and then the next morning we noticed the graffiti was swastikas."

Cohen says the police responded quickly and charged the man with simple burglary, but the incident has stayed with her.

"You don't think it's going to happen in your neighborhood, in your home but it does," Cohen said.

Other residents on the block are just as stunned.

"I don't have no words to explain how I feel about it because it's sad to see something like that happen to our neighbors," Michael Sexton said.

"I hope it's not indicative of any kind of trend in the area, that's not how we role," Elmwood said.

The Anti-Defamation League is working with New Orleans detectives to possibly charge the man with a hate crime on top of the burglary charge. The regional director of the league said in a statement: "These swastikas are clearly targeting the Jewish home-owner and tenant. We will continue to work with those impacted by this vile expression of hate."

While Cohen is touched by the support, she can't help but feel what was supposed to be a time of peace was ruined by bigotry.

"All my life, Hanukkah has been such a special joyous thing and now it has this smear on it from this person who wanted to show hate," Cohen said.

Hate crimes have been on the rise across the country for the last three years in a row. 2017 saw a 17-percent spike.