St. Charles Parish 3 days later - Cleanup will take a while 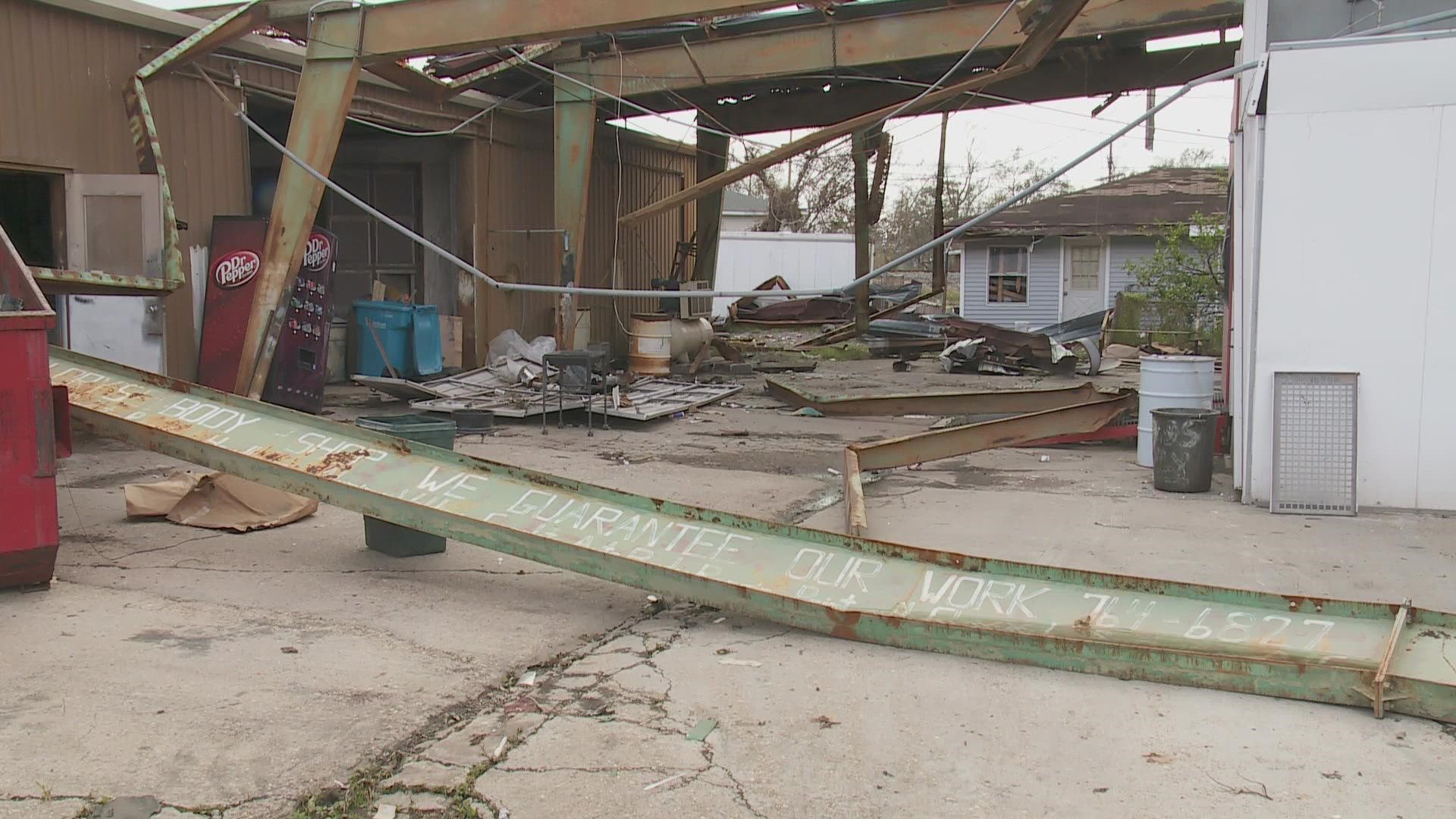 There isn't a street in St. Charles Parish that doesn't bear Ida's scars.

On Wednesday evening in Norco, families were busy putting tarps on rooftops. Other properties sat untouched, with mangled pieces of metal waiting to be cleaned up.

Debris removal should begin by Monday or Tuesday.

Parish President Matthew Jewell says that will help to open the door for those who need to come home.

“Today is only day three, after the most devastating storm we’ve had in St. Charles Parish. I know our residents are resilient, we’re a tough people. St. Charles residents take care of one another. We’re asking you to check in on friends and family, help out your neighbors.”

But those who come back could still face weeks of dark nights and lack of basics, such as groceries and gas.

At the Shell Norco refinery, the stacks are billowing thick black smoke.

That happened after the plant lost power and flooded.

“The site is safe. The reason you’re seeing black smoke is because normally there would steam injected into that flare, which makes it burn a lot cleaner. Right now they don’t have electricity. They need electricity for that steam generation unit.”

The U.S. Department of Energy says it doesn't expect this to affect the nation's fuel supply.

At Hahnville High School, a wall collapsed on a new gym.

The parish school system says it won't be a quick return for students thanks to damaged buildings and displaced students.

“We’ll do everything within our means when it’s safe to do so, while also recognizing that it may look a little different than what we started out with just a month ago,” said Ken Oertling, the superintendent of St. Charles Parish schools.

A parish-wide curfew is in effect from 8 p.m. to 5 p.m. until further notice.

RELATED: St. Charles Parish power could be out several weeks