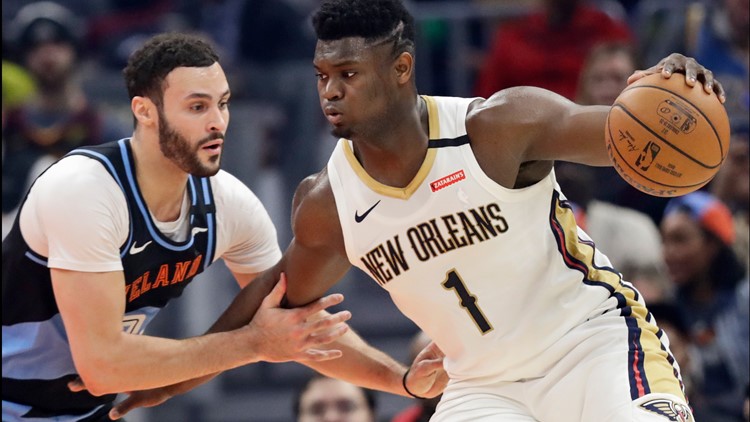 Paying for 30 minutes in his fourth game, Zion had 9 rebounds, his record as a pro. Jrue Holiday and Brandon Ingram scored 28 and 24, respectively.

Zion began playing again last week after missing the first 43 games of the Pelicans' season because of a knee injury, and he's under close medical observation as he recovers.

Not scoring in the first quarter, Zion helped keep a fourth-quarter lead by getting offensive rebounds on back-to-back possessions.

Zion is in high demand, and Pelicans coach Alvin Gentry said that's something he should to monitor.

“One of the things he's going to have to learn to do is to say no,” Gentry told the Associated Press. “I think that's hard for him. There's always a line of people outside every hotel, every restaurant he's in. He's going to have to be a little protective of his own private space sometime.”