This isn't your typical debate about gun rights. 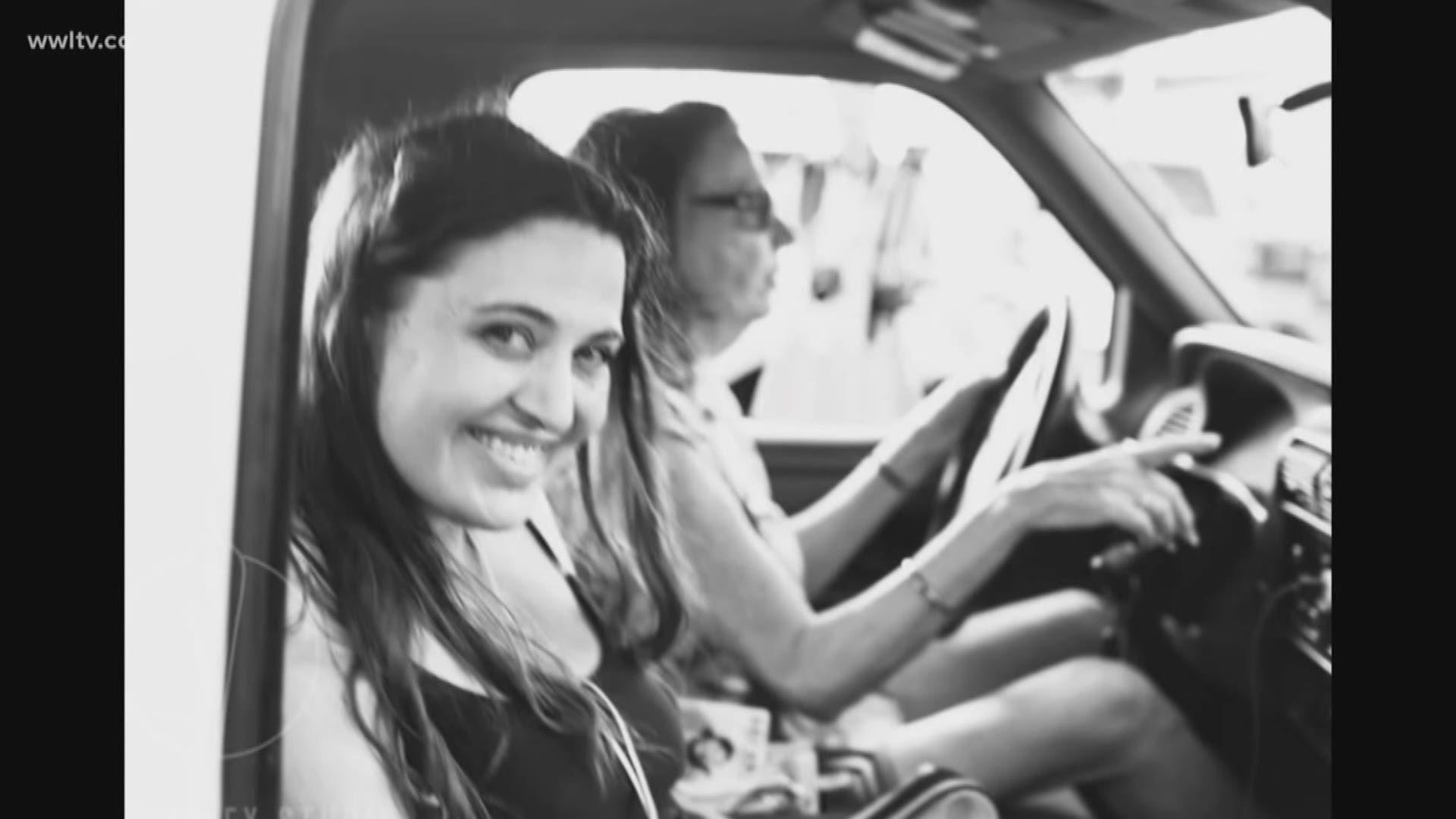 NEW ORLEANS —  When it came to her mother, Katrina Brees lived in love and in fear.

“As a kid, I'd come home from school.  I would worry that I'd come home and she would be dead.  My whole adult life has been a fear of her killing herself," Brees said.

"I would always tell her that I loved her, because I felt like it could be the end, and I would make sure that what I said was what I was OK with as being the last words," she said.

On June 26 last year, Donna Nathan took her own life at the Tree of Life in Audubon Park.

Patrick Burke was Nathan's partner for 12 years.  She left a letter behind at their home in the Riverbend area in New Orleans. It reads: “Pat, I'm sorry, I love you.”

"They said 'we found her,'" Burke said. "It was like taking the wind out of my sails."

"It's the most unexpected thing I ever heard because Donna was anti-gun. She's never held a gun. She hated everything about guns," said Burke.

“Our families never had guns. My mother has never had a gun.  She's never shot a gun or touched a gun.  It just felt so foreign that she had gotten the gun," Brees said.

Brees said the final search on her mom's iPhone on that day was: Gun shops in New Orleans.  Nathan would later go to a gun shop on the Westbank, pay $530.07 and walk out with a .38 caliber revolver and a pack of bullets.

Her history of multiple suicide attempts and mental illness would never pop up on the background check because those issues never involved police or a court of law, which would've gone on her record.

Years before her suicide, Nathan voluntarily had herself committed to confinement for fear she would harm herself.

"If she had gone before a judge and the courts, there would have been possibly a way to remove her access to guns.  But because my mother was voluntarily committed, and all her mental health care was voluntary, none of her rights were ever removed.  In that moment when she got access to that gun it sort of ended our clock as a family," said Brees.

That clock is still ticking for other families living with the threat of suicide.

It’s why Brees and Burke are working to establish “Donna's Law," which is looking to establish a Louisiana registry in which people can voluntarily block themselves from buying a gun.  Brees said this effort is about preventing suicides and injuries, not restricting guns.

"This isn't going to stop every suicide but it will stop some, and I think those people are worth it," Brees said.

There are voluntary gun registry laws in Washington state and Tennessee. Anyone in those states concerned about getting their hands on a gun, can voluntarily place themselves on that registry that prevents them from buying a gun.

It doesn’t have to be permanent.  If for any reason that person decides they want to get off that list, they can do so.  After a waiting period they can legally buy a gun again.

"This would not take away guns, this would not require any diagnosis. Someone that has a healthy mind would be welcomed to join this list, the list would be reversible.  If that person comes out of their time of crisis and wants to buy a gun, they can after a waiting period which is usually a few days long,” said Brees.

"It's certainly better than doing nothing.  We know that doing nothing is not going to work," said Dr. Charles Preston.

Preston is the Coroner in St. Tammany Parish, which in 2014 saw 47 suicides. At the time, it was the highest number of suicides on record for the parish.

“Far and away, the most common mechanism of suicide is by firearm,” said Preston.

The Right to Bear Arms

Preston understands the issue on a personal level.

"I had two brothers that committed suicide.  One of them was by firearm.  He was in a place where he had chronic pain from a broken neck.  He was not being well managed in terms of pain management.  He was an attorney, had a good practice but he got to a point where he felt like he couldn't appear in court.  He couldn't work.  His life was pain from the moment he woke up until the moment he went to sleep.  So, he made a decision to take his own life," said Preston.

Preston said a voluntary gun registry makes sense.  He points out it would be the individual, not the government, in control.  Preston is an ardent supporter of the right to bear arms and doesn’t believe it should be watered down at all.

“I think it's a fundamental, constitutional right, that must be protected that gives people the opportunity, who aren't convicted felons, to own firearms. When only unlawful people can own firearms that's going to be a state of chaos.  But this is completely different because it's not the state mandating the person cannot buy a fire arm.  It is the person themselves making that decision," said Preston.

Katrina Brees said she understands there could be a political fight ahead, but she said the loss of her mother will guide her.

"She would love it so much she would be so proud of this work.  We're not ashamed of her.  I think with suicide a lot of families feel so much shame and I decided the day after she died I was never going to be ashamed of my mother that I would just be proud of her,” said Brees.

She displayed that pride, when she held a second line last year to celebrate her mother's life.

"It seemed like the right thing to do for her.  she was such a dancer, and one of the last things she wrote on her Facebook was 'dance.'  I felt like and I feel like she wanted us to dance for her and I felt like we need to have one last dance with her, bring her community together and send her off right," said Brees.

Brees has secured a Democratic state legislator to sponsor the bill which she hopes will someday become Donna's Law.  She’s also been able to find a Republican state legislator to co-sponsor the bill.  They plan to introduce the bill in Louisiana’s legislative session this spring.  For more information on Donna’s Law, click here (www.donnaslaw.com)