The president also canceled his delegation’s trip to the World Economic Forum in Davos, Switzerland. 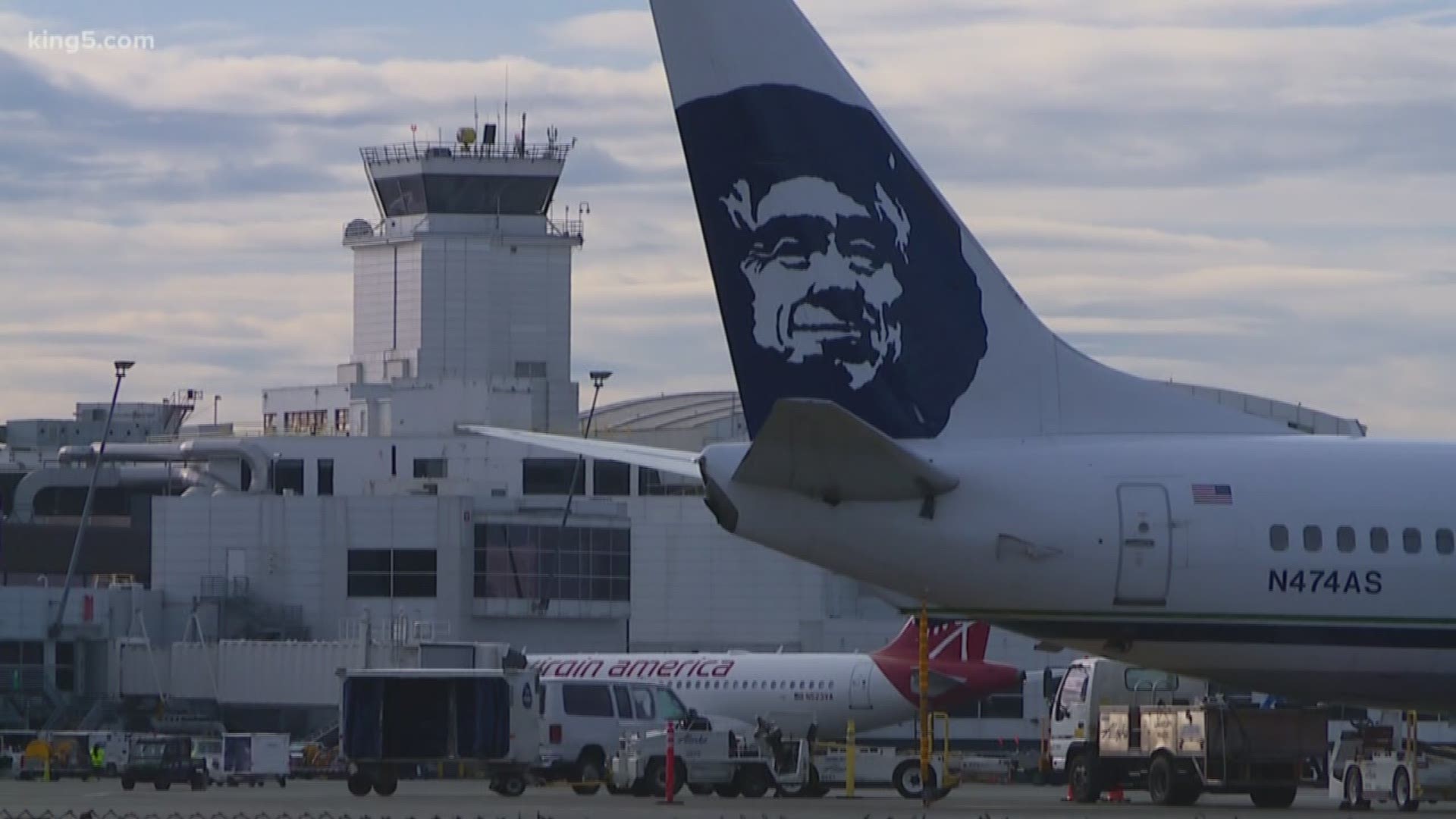 WASHINGTON — It took President Donald Trump one day to flex his executive power back at House Speaker Nancy Pelosi, denying her an aircraft for a planned trip abroad in apparent response to her attempt to delay his State of Union address amid their government shutdown clash.

The nation's two most powerful leaders appeared to be engaged in a game of Constitutional one-upmanship, as negotiations to end the 4-week stalemate failed to produce results.

In a letter to Pelosi on Thursday, Trump said that due to the shutdown a trip to Egypt, Brussels and Afghanistan would be delayed, declaring: "In light of the 800,000 great American workers not receiving pay, I'm sure you would agree that postponing this public relations event is totally appropriate."

A spokesman for Pelosi says the trip was intended to express appreciation to U.S. troops and reaffirm the United States "ironclad commitment" to the NATO alliance.

Pelosi spokesman Drew Hammill tweeted that the previously unannounced trip was to Afghanistan, including a stop in Brussels. He said it did not include a stop in Egypt.

Hammill said Pelosi was to meet with top NATO commanders and troops and "obtain critical national security & intelligence briefings from those on the front lines."

Not long after, White House spokeswoman Sarah Huckabee Sanders announced that the president had also cancelled his trip to the World Economic Forum in Davos, Switzerland.

"Out of consideration for the 800,000 great American workers not receiving pay and to ensure his team can assist as needed, President Trump has canceled his Delegation’s trip to the World Economic Forum in Davos, Switzerland," she said in a White House press release.

While the shutdown dragged on, the State Department on Thursday instructed all U.S. diplomats in Washington and elsewhere to return to work next week with pay, saying it had found money for their salaries at least temporarily despite the ongoing government shutdown.

In a notice to staff posted online and sent to employees, the department said it had found money to pay most of its employees beginning Sunday or Monday for their next pay period. They will not be paid for time worked since the shutdown began in December until the situation is resolved, said the notice, which was signed by William Todd, the deputy undersecretary of state for management.

It was not immediately clear where the money was found, but the department said it would use "existing funds as well as other available fiscal authorities to shift existing balances to restart payroll funding."

Salaries cannot be guaranteed beyond the next pay period, which ends on Feb. 14, if the shutdown does not end by then, the department said. However, it said it would "review its balances and available legal authorities to see if other flexibilities may be available."

The department said it was taking the step because it had become clear that the lapse in funding is harming essential diplomatic and national security objectives.

"While the department has done its best to address matters essential to achieving U.S. national security and foreign policy objectives during the ongoing lapse, it has become clear as the lapse has continued to historic lengths that we need our full team to address the myriad critical issues requiring U.S. leadership around the globe and to fulfill our commitments to the American people," it said.

It added that the department's leadership was "deeply concerned" about the financial hardships faced by its employees.

Secretary of State Mike Pompeo had raised eyebrows among the U.S. diplomatic corps last week when he proclaimed that morale at the State Department was "good" despite the shutdown and the fact that 40 percent of its employees in the U.S. and nearly 23 percent overseas had been furloughed and the rest were working without pay.

His comments also touched a nerve as he said he planned to go ahead with a previously scheduled conference of all U.S. ambassadors in Washington this week despite the funding constraints affecting employees.

Deputy Secretary of State John Sullivan announced the return to work with pay instructions to that conference on Thursday and was greeted with two rounds of sustained applause, according to one diplomat who was present.

Outside the State Department other agencies continued to operate under the shutdown constraints.

House Speaker Nancy Pelosi says President Donald Trump has yet to respond to her request that he postpone his State of the Union address until the government is reopened so workers can be paid for providing security for the grand Washington tradition.

"We haven't heard — very silent," she told reporters on Thursday. "Let's get a date when government is open. Let's pay the employees. Maybe he thinks it's OK not to pay people who do work. I don't."

The president's planned Jan. 29 address became a potential casualty of the four-week partial government shutdown after the Democratic leader cited concerns about whether the hobbled government can provide adequate security. Republicans cast Pelosi's move as a ploy to deny Trump the stage.

Trump declined to address the stalemate over the speech Thursday during a visit to the Pentagon, simply promising that the nation will have "powerful, strong border security."

The uncertainty surrounding the annual address also underscored the unraveling of ceremonial norms and niceties in Trump's Washington, amid the shutdown over the president's demand for money to build a U.S.-Mexico border wall. The impasse is draining the finances of hundreds of thousands of federal employees going without paychecks.

Pelosi reiterated she is more than willing to negotiate money for border security once the government is reopened, but she said Democrats remain opposed to Trump's long-promised wall, one of his signature campaign promises.

"I'm not for a wall," Pelosi said twice, mouthing the statement a third time for effect.

Pressure on Trump intensified, as lawmakers from both parties scrambled for solutions. The shutdown, already the longest ever, entered its 27th day Thursday.

While Trump's own advisers said the shutdown was proving a greater drag on the economy than expected, Trump showed no signs of backing off a fight that he views as vital for his core supporters.