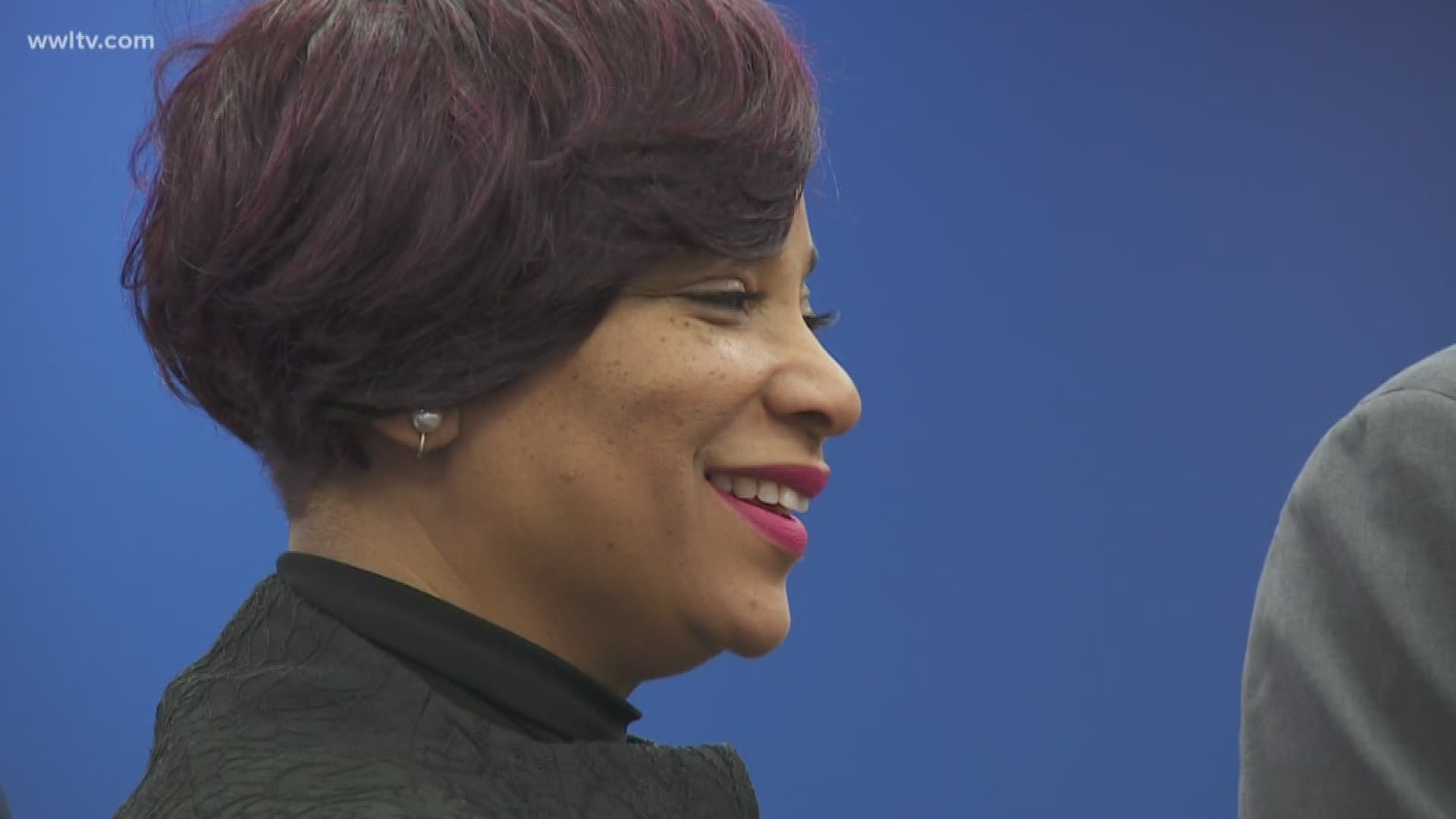 NEW ORLEANS — A School Board official aiming to become OPSB president faced staunch opposition Thursday night due to her position on protections for LGBTQ students.

The Orleans Parish School Board made a surprise vote, suspending their own policy, then voting unanimously to allow the term limited President John Brown to remain in his position for another year. They also voted 4-to-3 to keep Leslie Ellison as Vice President.

One by one, over two dozen people voiced their opinions.

A few spoke in favor of Ellison, talking about her character. However, a majority of the comments came from the LGBTQ community.

The controversy comes from Ellison's view on Gay rights.

A YouTube Clip surfaced of Ellison in 2012 testifying at a Senate Committee. In the clip, you can hear her refusing to sign a charter school renewal contract because she did not agree with the non-discrimination policies that are based on sexual orientation.

"While I'm strongly opposed to discrimination at every level -- this particular insertion does not coincide with any state statue and should not be advanced and enforced as though it is law," Ellison said in 2012.

"Her long history of comments, stretching to Pre-Katrina going up to Baton Rouge have always been disturbing. In our opinion, she shouldn't even have an opinion like this, but it's up to the residents of Algiers and her district if they want to return her to that post," Tucker said.

Those who opposed say they will remember this night when election day approaches next year.