As exhilarated supporters chanted the familiar Louisiana refrain, “Who dat!” Edwards told the audience, “How sweet it is.” 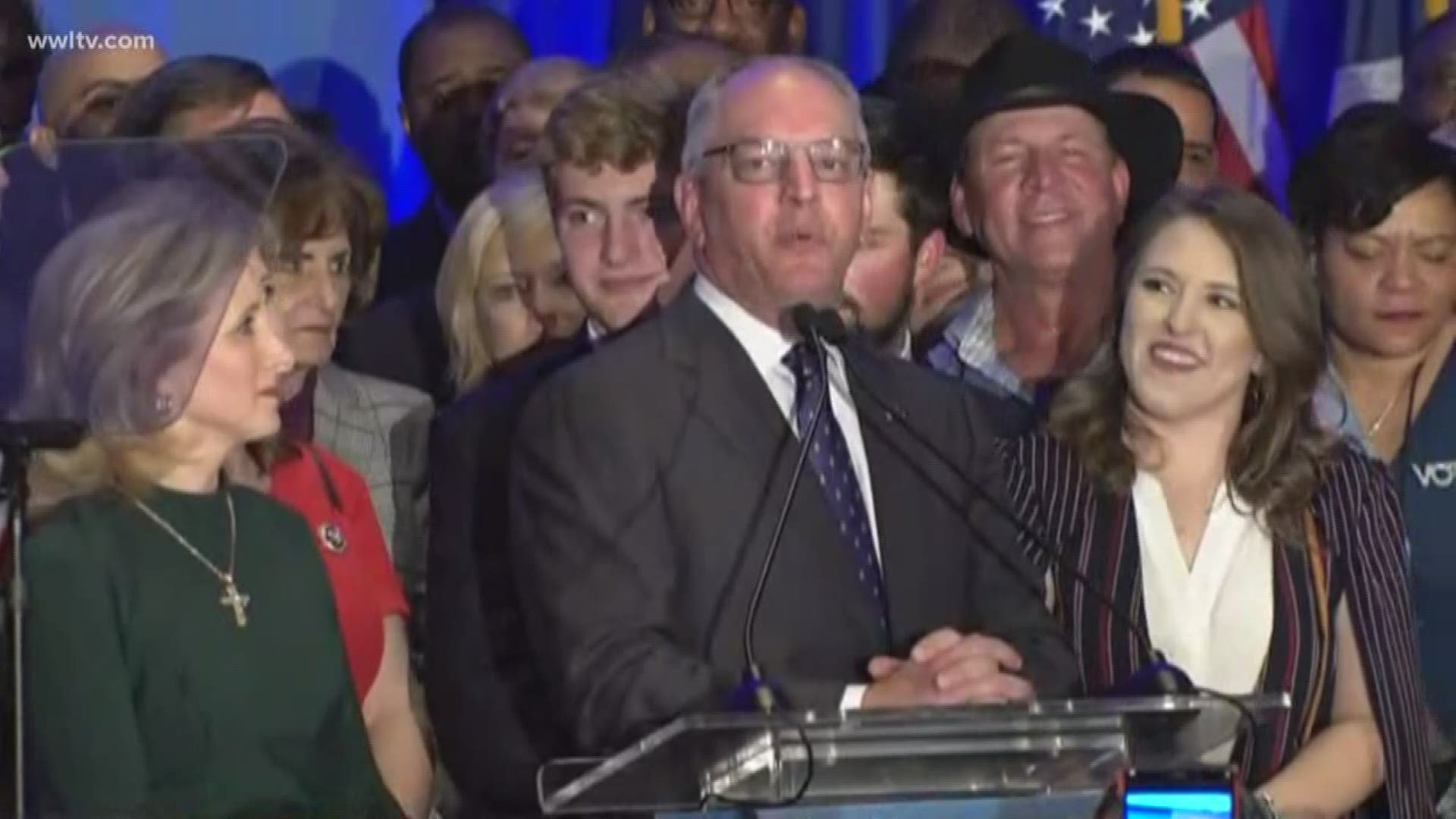 NEW ORLEANS — Louisiana Gov. John Bel Edwards has appeared before a crowd of supporters and declared victory in a tight race for reelection.

As exhilarated supporters chanted the familiar Louisiana refrain, “Who dat!” Edwards told the audience, “How sweet it is.”

On Saturday, voters narrowly reelected Edwards to a second term, snubbing Republican businessman Eddie Rispone who had strong support from President Donald Trump. Edwards said he spoke with Rispone earlier in the evening.

He added, “And as for the president, God bless his heart.”

Louisiana’s only Democratic statewide elected official withstood an onslaught of national Republican opposition and hung on to the seat by focusing on state-specific issues and his record of bipartisanship.

Edwards was helped when Louisiana’s top-tier GOP officials decided against running for the seat.