In the GOP attack ad, Washington says Edwards hired a man with a history of sexual harassment as his deputy chief of staff, then ignored new complaints against him. 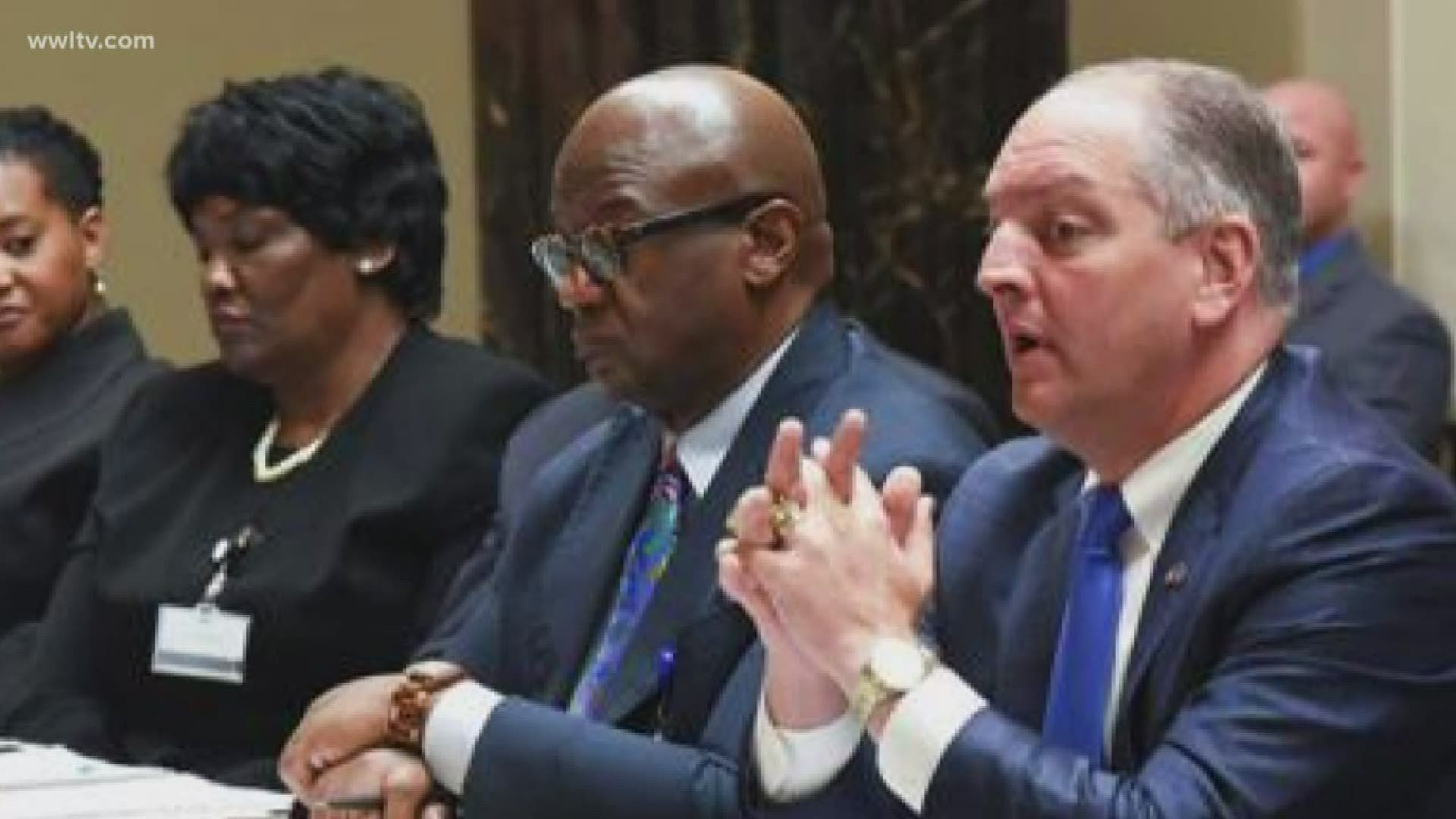 The commercial, financed by a Republican Super PAC, hit the airwaves and social media with a little more than a week left in the race for Louisiana governor.

In the ad, former state employee Juanita Washington said Edwards betrayed her when she complained about being sexually harassed and assaulted by Johnny Anderson, Edwards' former deputy chief of staff.

"Six women reported Johnny Anderson of sexual harassment and assault," Washington said in the ad. "The governor hired him anyway. I was his next victim."

Washington told WWL-TV that she reported the abuse and then she was unemployed.

"He groped me," Washington said. "He coerced me into oral sex. He touched my breasts, my vagina. So, I believe he actually sexually assaulted me."

His hiring came after multiple female employees at Southern University in Baton Rouge accused Anderson of harassment when he worked for then-Gov. Kathleen Blanco.

Edwards was asked about Anderson at a recent debate at LSU.

"Mr. Anderson was hired because the investigation at Southern University actually exonerated him," Edwards said. "I knew Mr. Anderson, I believe he was a good, competent public servant. When the allegations arose while he was working for me, within about half-of-a-day his service with the state of Louisiana was terminated."

Washington claimed Edwards showed little concern for her or her allegations.

"First of all, he (Edwards) could have apologized. He also could have had a conversation with me. He could have acknowledged me by name,” Washington said. “And he could have gone on record stating that I was sexually harassed and assaulted."

Some women have criticized Edwards' during his re-election campaign for supporting far more restrictive abortion laws.

"It's impactful, and it's definitely an ad that is distracting supporters as well as the governor from focusing on their primary goal: Avoiding a runoff and talking about his agenda," Lee said.

Lee said it's now up to Edwards to answer the attack ad.

"It certainly gives people something to talk about,” Lee said. “And we have to see how he is going to respond.”

Washington said she did what she had to do to try to keep her job.

"I played along," Washington said. "I just did whatever I needed to do to get through whatever sexual favors he wanted or whatever he said he needed to relieve his stress."

In the letter, she claims she "has chosen another career path," but never mentions the sexual harassment allegations .

After leaving her job, Washington received $51,000 to settle with the state. Her attorney got another $34,000.

An attorney for Anderson said there was no sexual harassment and all of the accusations in the ad are false. The attorney also said that Washington violated the settlement agreement when she spoke publicly about the allegations.

The question now is how much of an effect this late attack ad will have on the governor's re-election efforts.

Craft credited Edwards for enacting a uniform policy regarding sexual harassment across all state agencies.