Bartholomew was known for his groundbreaking work with Fats Domino, which helped create the rock 'n' roll genre. 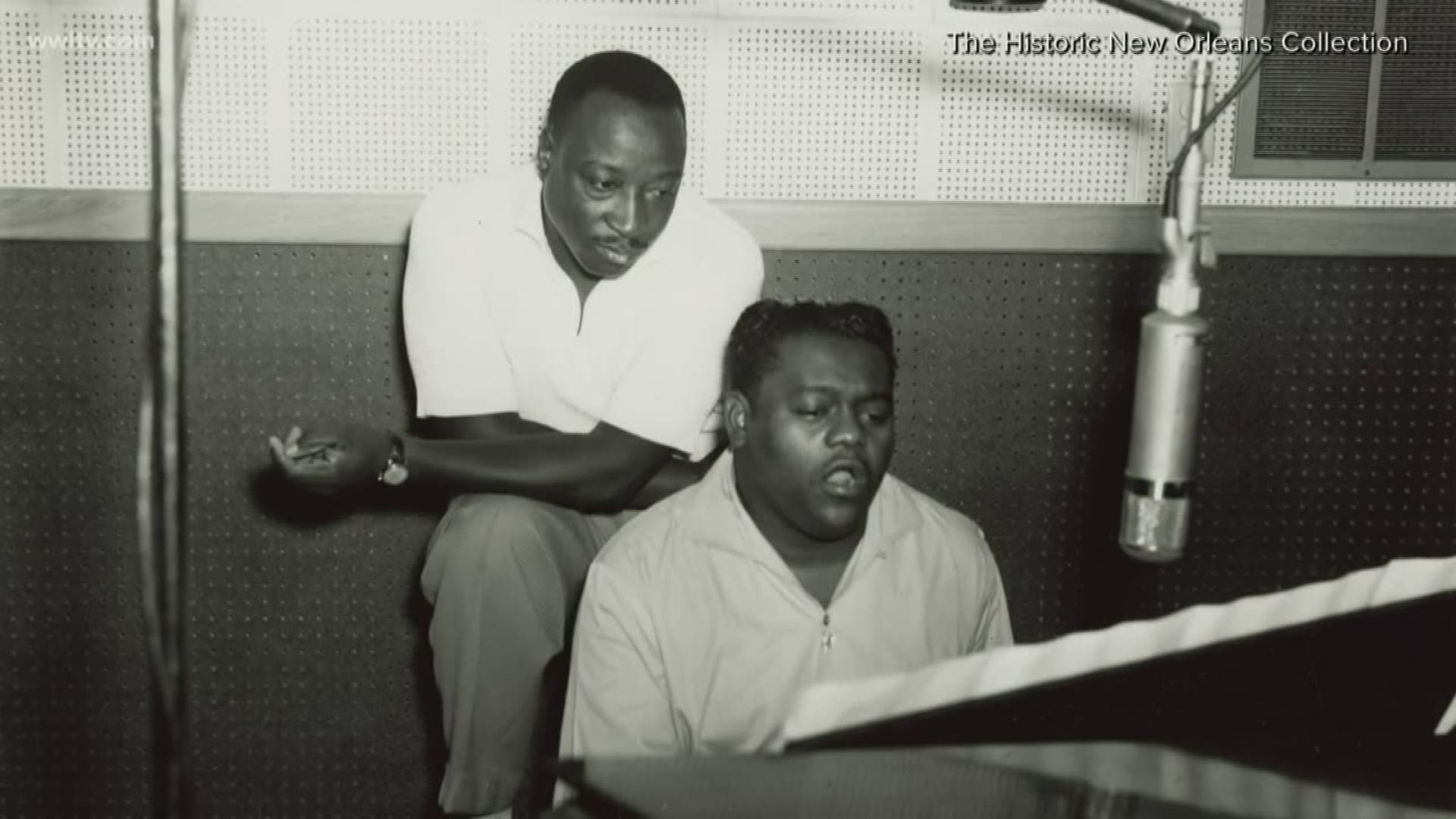 His son confirmed the news to Eric Paulsen Sunday.

Among his many credits, Bartholomew is best known as the producer, songwriter and arranger behind Antoine “Fats” Domino’s biggest musical hits in the 1950s and 60s. Bartholomew either wrote or shared a songwriting credit with Domino on several million-selling records including “Ain’t That a Shame,” “Blue Monday,” “I’m Walkin’,” “Walking to New Orleans” (co-written with Bobby Charles), “I’m in Love Again,” “The Big Beat” and “Let the Four Winds Blow.” Bartholomew also helped arrange Domino’s versions of music standards, including “Blueberry Hill,” which became Domino’s biggest hit.

In 1949, Bartholomew and Imperial Records owner Lew Chudd discovered Domino performing in the Hideaway Club in the Ninth Ward, where his piano playing had made him one of the city’s hottest attractions. Chudd signed Domino and Bartholomew became his producer. Their first hit, “The Fat Man,” recorded at Cosimo Matassa’s J&M Studio on North Rampart Street and released in December 1949, was considered by the Rock and Roll Hall of Fame to be the first rock ‘n’roll record. “I’m glad they said that,” Bartholomew told WWL-TV anchor Eric Paulsen in 2010. “It was good that somebody actually recognized what we were doing.” 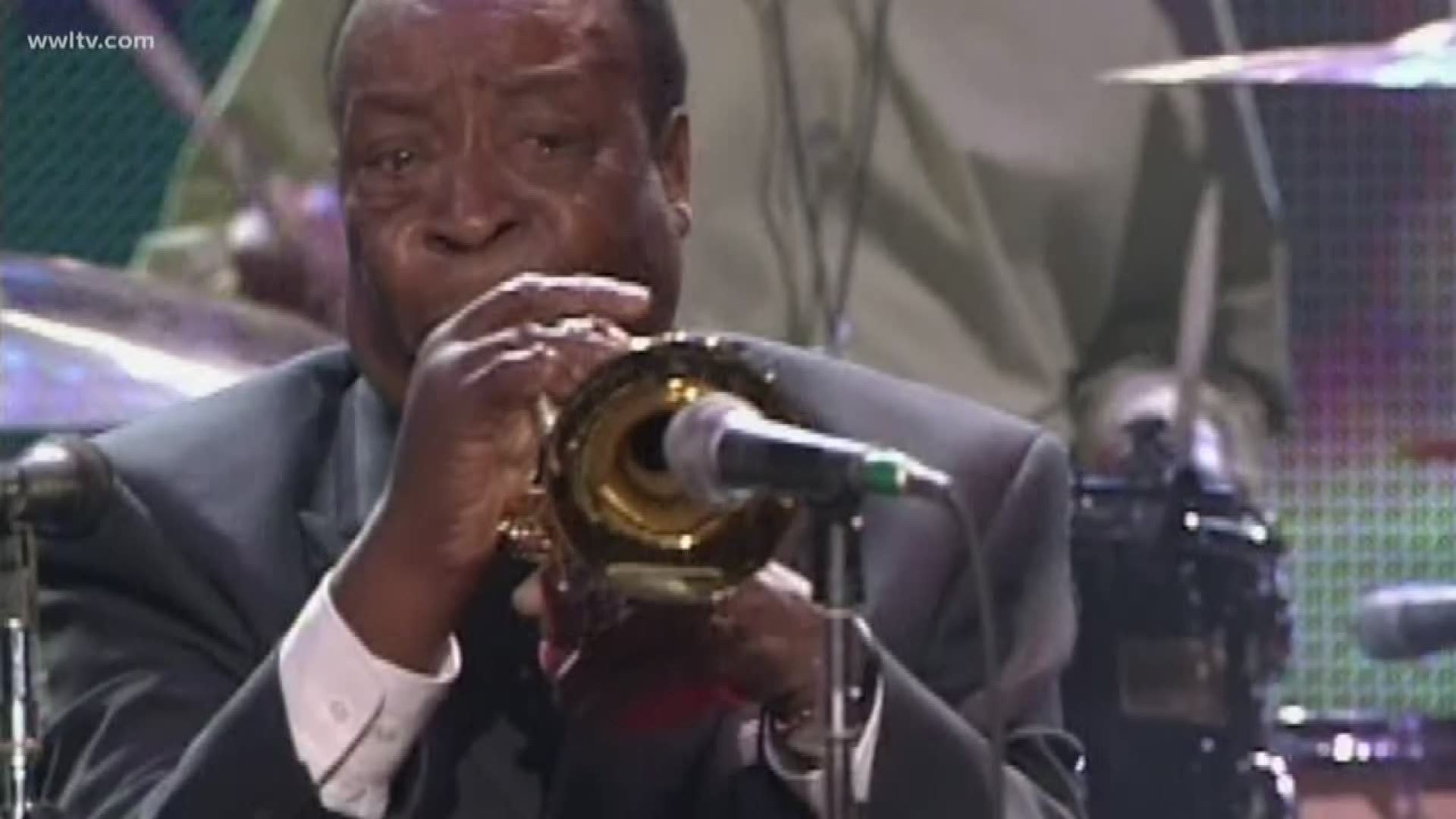 At the recording session for “The Fat Man” and many other songs, Matassa and other colleagues credited Bartholomew, a stern taskmaster, with keeping the playful and freewheeling Domino and other band members disciplined and focused. “Many times I think Fats’ very salvation was Dave being able to be stern enough and rigid enough to insist on things getting done,” Matassa told writer Rick Coleman. “He was adamant as he could be about the discipline of the players.”

Grammy winner Dr. John, also a member of the Rock and Roll Hall of Fame, echoed the sentiment when he presented Bartholomew with a Grammy Trustees Award in 2014.  “For all of his responsibilities, he can keep it all together in times of confusion. No matter what, Dave kept it all rollin', a consummate bandleader,” Dr. John said. “He kept a great band with the best players of the time. He was always ahead of the pack and this racket. He was stone bizness, but he did the best with what he had to deal with.”

While many have credited Bartholomew and Domino with introducing a new sound, developing what would become rock ‘n’ roll, Bartholomew was at times modest about his influence. “I don’t think it was the birth of rock ‘n’ roll because you had other people doing it before us. We just got more attention than anybody else,” he once said in an interview with WWL-TV anchor Eric Paulsen.

“Rock ’n’ roll, R&B, it’s only a name. We started rock ’n’ roll. They just changed the name. Alan Freed was the one who changed the name,” Bartholomew told Offbeat Magazine’s John Swenson. “And Fats was the headliner for everything. We played for Dick Clark in Philadelphia. Steve Allen, Ed Sullivan, all of those shows. Put all that together and it’s a really good life.”

Bartholomew was born on Christmas Eve, 1918 in the St. John the Baptist Parish community of Edgard, Louisiana, less than ten miles from Vacherie, birthplace of the parents of Domino, whose family had lived there for decades.

Bartholomew became a music lover early on. “My father was a bass player, he had a barber shop (in New Orleans)… and all the musicians he played with used to drop by and say ‘Louis, one day that boy’s going to be something,” Bartholomew said in an interview for the documentary “Fats Domino and the Birth of Rock ‘n’ Roll.”

Like most of his generation, Bartholomew came to admire Louis Armstrong, took up trumpet to emulate him and even took lessons from Armstrong’s teacher, Peter Davis. “One of the greatest trumpet players who ever lived. We all wanted to be like Pops,” Bartholomew said of Armstrong.

As a performer, Bartholomew began performing around town and even formed his own bands. “Dave Bartholomew was one of the most popular, if not the most popular, bandleader in the city,” said Domino biographer Rick Coleman. “He’d played with a lot of the great jazz players in the ‘30s and 40’s including Papa Celestin, Joe Robichaux and Fats Pichon. So he was quite a good trumpet player.”

In 1949, the same year he discovered Domino and launched their partnership, Bartholomew earned national attention for his own single, “Country Boy,” which would become a national hit on the DeLuxe label.

When asked by WWL-TV anchor Eric Paulsen to name his favorite of his many compositions, Bartholomew responded with characteristic wit: “The one that made money.”  Later, he answered it was “Someday,” a tune made famous by Smiley Lewis. “Everywhere I’d go, regardless of all the hits I had with Fats, I had to play Someday.” Bartholomew also wrote “I Hear You Knockin’” for Lewis, along with “One Night,” which Lewis recorded in 1956. It became an even bigger hit for Elvis Presley three years later. Bartholomew also wrote and produced “Lawdy Miss Clawdy” for Lloyd Price (with Domino on piano) and arranged and produced “Let the Good Times Roll” for Shirley and Lee.

Domino and Bartholomew’s versions of “Ain’t That a Shame,” “Blueberry Hill,” “The Fat Man,” and “Walking to New Orleans” were inducted into the Grammy Hall of Fame, established by the Recording Academy's National Trustees to honor recordings of lasting qualitative or historical significance.

Bartholomew is also remembered for his 1957 classic “The Monkey,” in which he sings about mankind, evolution and human nature. He also wrote and recorded the 1952 novelty song “My Ding-a-Ling,” which became a huge hit for Chuck Berry in the 1970s.

Bartholomew and Domino’s partnership ended in 1963 and the two went for decades without speaking to each other, the result of professional differences, until Paulsen reunited them for a WWL-TV story in 2010. One of their last public appearances together was in 2014 for a New Orleans Film Festival screening of Joe Lauro’s documentary, “The Big Beat,” which later aired on PBS stations nationwide.

Bartholomew is survived by his wife and eight children as well as several grandchildren.

Funeral arrangements have not been announced.