Southwest Airlines cancels at least 1,000 more flights across the US

As of 11:30 a.m. Saturday, at least seven Southwest flights have been canceled in New Orleans, where the airline boards passengers at MSY. 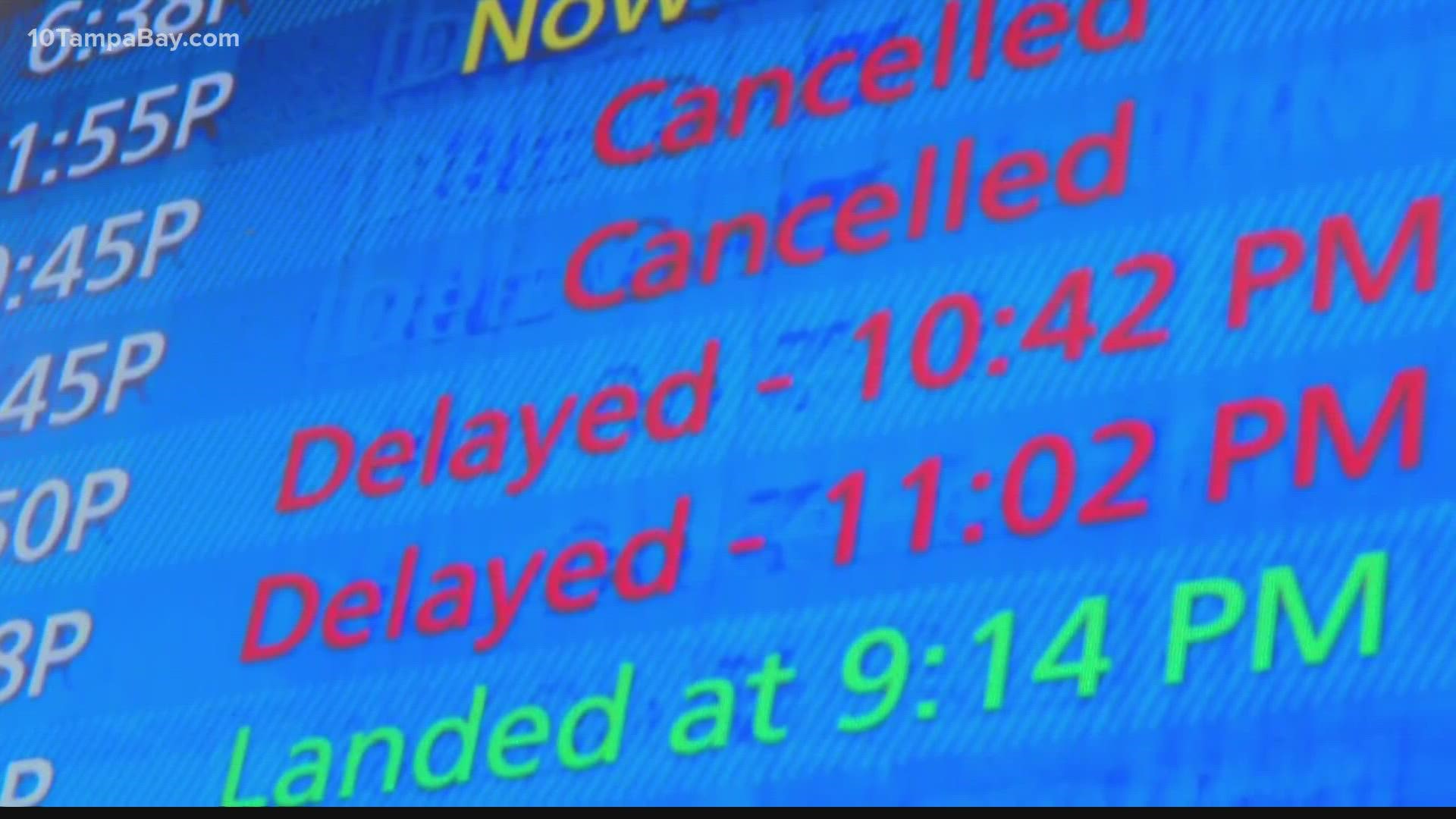 NEW ORLEANS — Southwest Airlines customers across the country are experiencing a large number of cancellations this weekend.

The airline said in a Facebook post that due to air traffic control issues and disruptive weather that a large number of flights would be canceled across the U.S.

Customers who were affected by cancelations were asked to rebook their flights by visiting Southwest's website.

As of 11:30 a.m. Saturday, at least seven Southwest flights have been canceled in New Orleans, where the airline boards passengers at Louis Armstrong International Airport.

The nationwide cancellations came as the airline announced Monday that the company will now require employees to get the COVID-19 vaccinated by Dec. 8. It was unclear whether this is related to the high volume of cancellations across the country.

The Southwest Airlines Pilots Association (SWAPA), Southwest pilots’ labor union, said in a press release that they are aware of the issues Southwest is experiencing.

"SWAPA is aware of operational difficulties affecting Southwest Airlines today due to a number of issues, but we can say with confidence that our Pilots are not participating in any official or unofficial job actions," the press release said.

Southwest Airlines is the only airline experiencing a high volume of cancelations.

RELATED: Southwest Airlines cancels at least 1,000 more flights across the US