Go ahead and toss 'em back, JP council says of beads 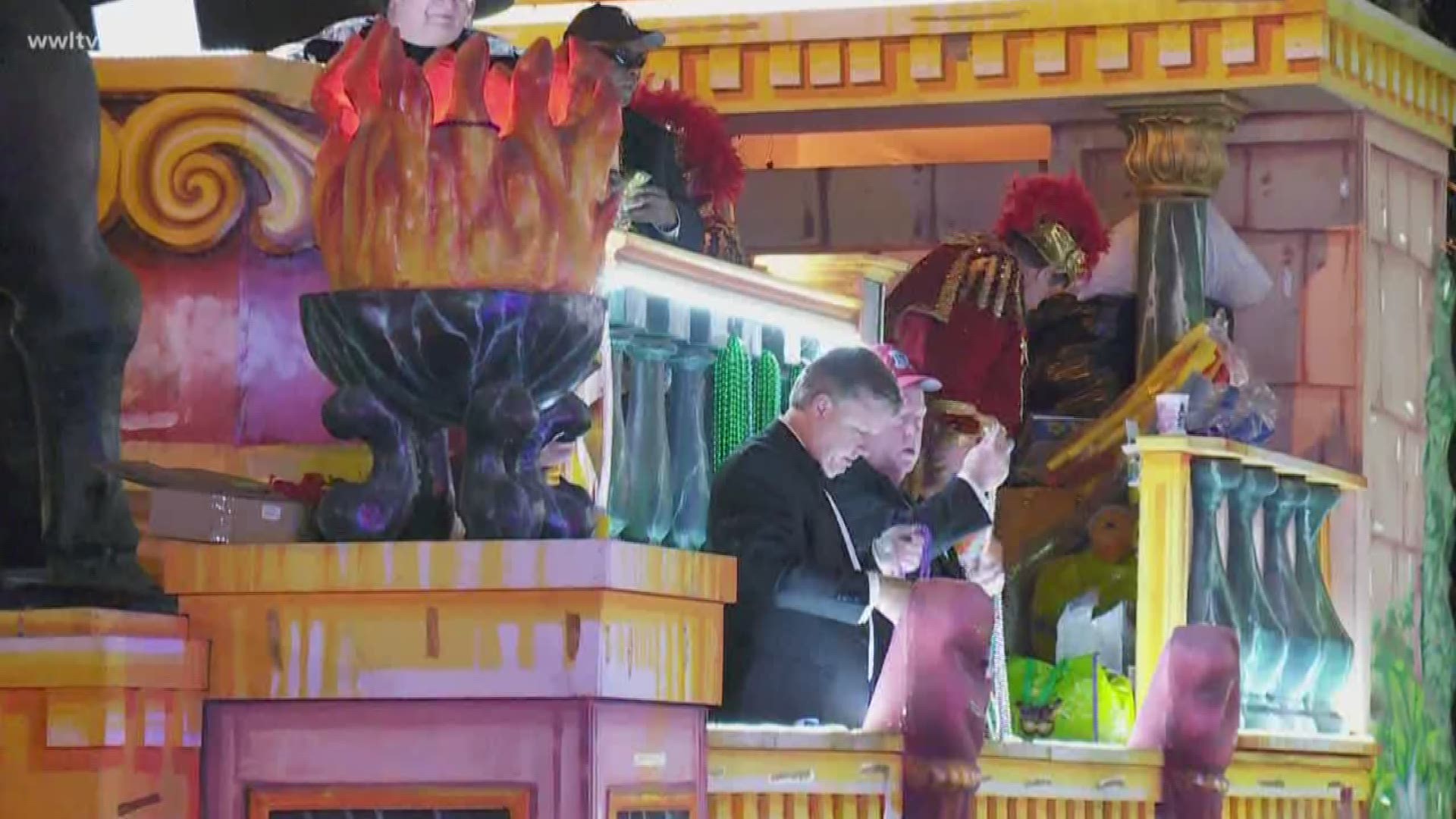 "Throw me something, mister" is the cry of Carnival season, but now in Jefferson Parish, you can throw those beads back.

A ordinance passed last week allows the ARC of Greater New Orleans to follow most Metairie parades with a large truck.

Stephen Sauer, ARC’s executive director, said the goal is to get folks to toss in their unwanted beads to help with the non-profit’s mission of employing people with developmental disabilities.

“When there are two or three parades in sequence, we’ll be at the last of those parades,” he said.

Beads that are collected will be brought to ARC’s Mardi Gras recycle center, where employees collect, repackage and resell beads.

Most years, that collection has happened at drop-off spots around town. But now, thanks to the new law, parade-goers can make their donations as the parade wraps up.

“Two weeks later, everyone’s wondering, ‘What am I doing with all these beads in my house?’” Sauer said. “So we want to save people that trouble.”

Jefferson Parish Councilwoman Jennifer Van Vrancken was the lawmaker behind the ordinance. She said it’s a no-brainer and that safety was factored in.

“Right now you’re not allowed to throw things toward the parade,” Van Vrancken said. “So at our council meeting, we changed the law so that people can, at the end of the parade, throw only at the float that is by the non-profit to collect beads. And we hope it’s successful this year.”

Most years, ARC will collect about 62 tons of beads. This year, thanks to the new ordinance, it could be as many as 100 tons of beads coming through the doors by the time Mardi Gras Day ends.

RELATED: Let your nerd out: Chewbacchus rolls through New Orleans

“Go ahead catch them, have fun and then as our float passes, just throw them back in the float and declutter your home before it gets cluttered,” Sauer said. “And contribute to a great cause.”