"This would be like when New Orleans won the Super Bowl, except maybe double," Dan Kelly, President of the Krewe of Endymion, said. 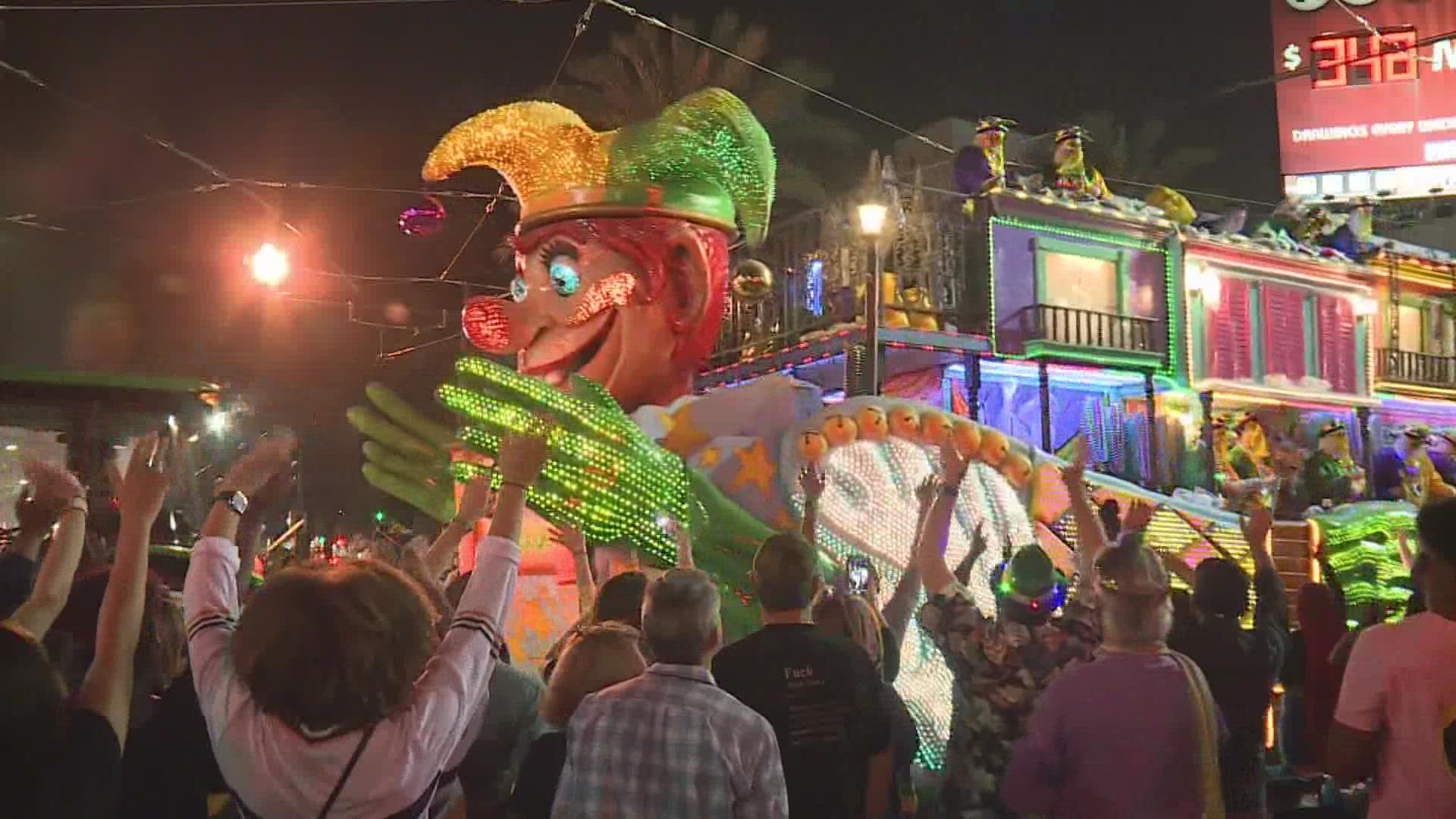 NEW ORLEANS — Twelfth Night is just five months away which will kick off carnival season 2022. There are still some questions as to what next Mardi Gras will look like. The Mayor's Mardi Gras Advisory Council is still trying to figure that out. They met Thursday night.

Mardi Gras 2020 was a sea of colorful people and is often blamed as an early super spreader for COVID. Mardi Gras 2021 was the emptiest, quietest New Orleans has ever seen. As of now, members are hopeful for the Mardi Gras 2022 they desperately want to see.

"This would be like when New Orleans won the Super Bowl, except maybe double," Dan Kelly, President of the Krewe of Endymion, said.

Kelly was at the Advisory Council meeting. As of now, Endymion's members, floats, and throws are ready to roll.

"We didn’t date anything for 2021. We had a feeling something wasn’t going right so we decided not to date anything, but Endymion is ready

Members of the Mayor's Mardi Gras Advisory Council were updated Thursday on the latest safety recommendations for tandem floats. Its proposed connecting floats have a net-like barrier between them. These guidelines come after two parade-goers were killed in tandem float gaps during Nyx and Endymion in 2020. That proposal will likely go before the city council next month.

"You would first hope people wouldn’t run in between floats, but certainly this will be a deterrent and it will be bright and colorful so people will see it," Kelly said.

While the council moves forward with plans for Mardi Gras 2022, the recent COVID surge has caused more uncertainty.

"It's almost like you're in a twilight zone. Just when we thought things were going to get better, they started to get worse so all we can say is we hope every member in the city of New Orleans, every krewe gets their people vaccinated, and anybody who wants to enjoy Mardi Gras from out of state, get vaccinated so we can have it," Kelly said.

If COVID numbers continue to spike, the council plans to have tough discussions at their next meeting October 21 as to what Mardi Gras 2022 will look like.