A slow return to "normal" as COVID-19 guidelines loosen

"It feels good to be among people again because during COVID, everything was so isolated and it was different and this is a slight norm," Ford-Louis said. 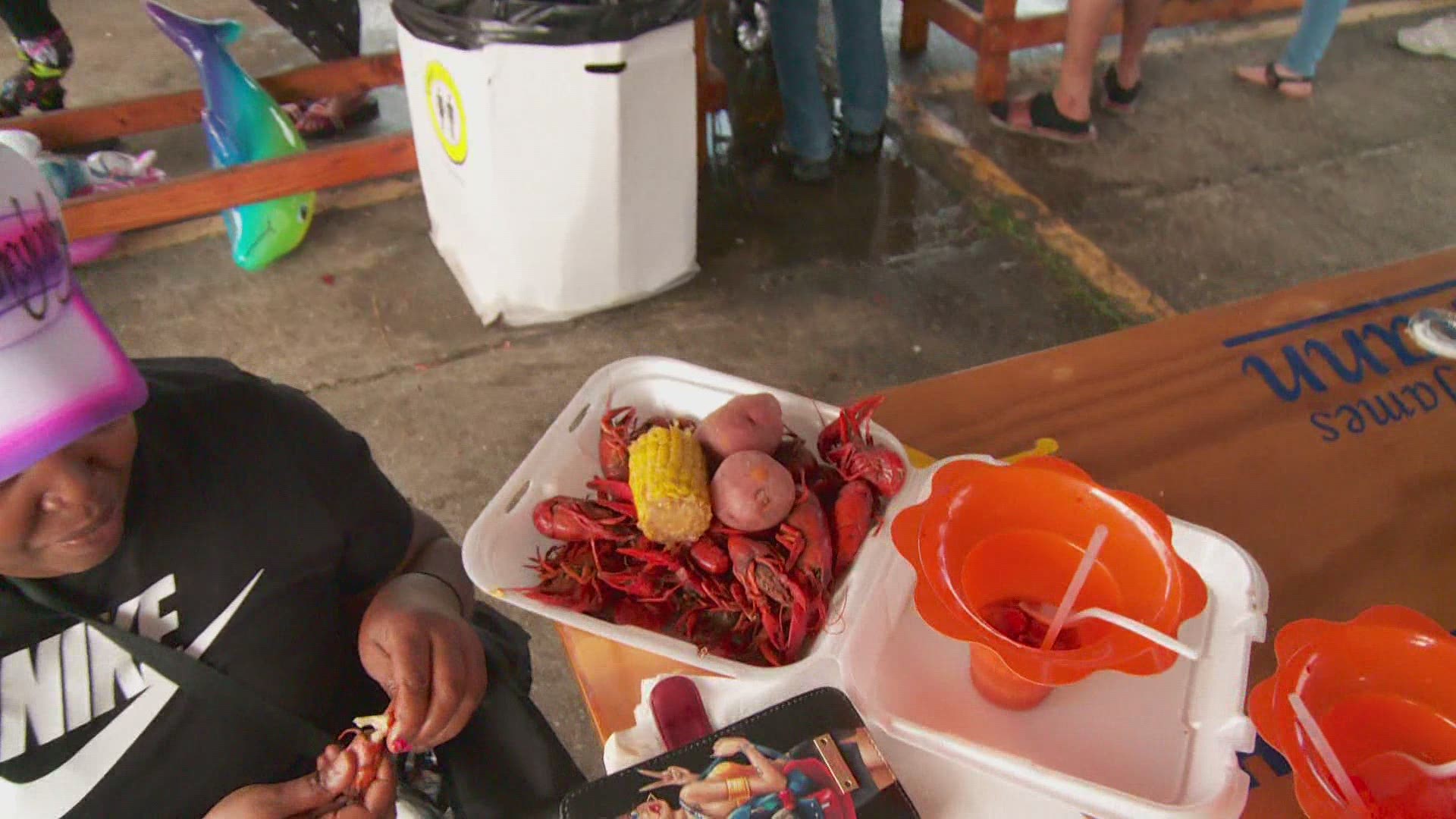 CHALMETTE, La. — Whether dancing at a festival or dining in a restaurant, right now COVID-19 restrictions are the most relaxed we've seen in more than a year in Louisiana. Masks aren't required everywhere and businesses are open.

"It's a change to get out and mingle among people," Anita Ford-Louis said at the Louisiana Crawfish Festival.

"We're eating out just about every Sunday and we're thankful for it," said Pastor Tyrone Jefferson while eating at Lakeview Harbor after church Sunday.

This weekend, restaurants and bars, including Lakeview Harbor in New Orleans, were able to open at 100 percent capacity.

"We had a good weekend and I think people want to get out of their house and start doing stuff," said Lakeview Harbor owner Shawn Toups.

The biggest struggle restaurants face now is hiring back enough staff to keep up.

In Chalmette, the Louisiana Crawfish Festival was one of the first major events canceled in 2020. Organizer Cisco Gonzales believes that may be part of the reason 2021 proves to be a record-breaking year for the festival with well over 100,000 people in attendance over the four-day event.

"We've been locked down for over a year now so I'm one of the guys who wants to get out and have fun. It reminds me the year after Katrina. We brought it back in '07. We're seeing lots of hugs, shaking hands," he said.

"It feels good to be among people again because during COVID, everything was so isolated and it was different and this is a slight norm," Ford-Louis said.

Gonzales said overall, this year's festival was a success, but Saturday night there was one incident that caused confusion and chaos. According to the St. Bernard Parish Sheriff's Office, a fight broke out causing a stampede and rumors of a shooting. The sheriff will address the incident at a press conference Monday.

"To clear the air, there was no shooting. No gun found on premises," Gonzales said.

Another sign of a return to normalcy is that not everyone at the festival wore masks. Masks were not required since the statewide mask mandate was lifted. The mandate is still in place in New Orleans though.