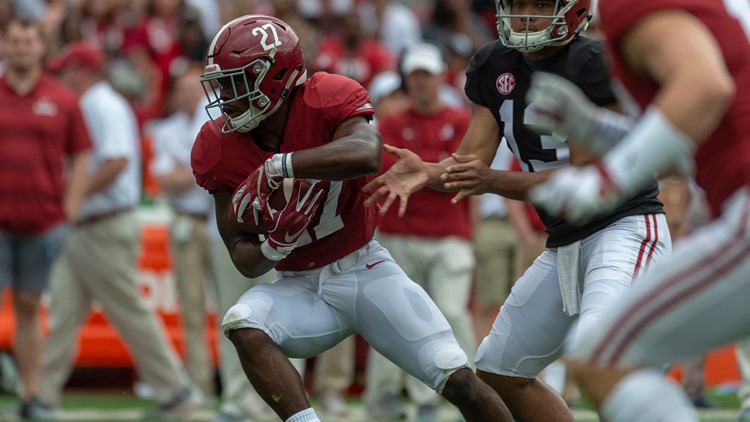 Photo by: AP
Alabama running back Jerome Ford (27) looks for a running lane during the first half of Alabama's A-Day NCAA college football scrimmage, Saturday, April 13, 2019, in Tuscaloosa, Ala. (AP Photo/Vasha Hunt)

Alabama at South Carolina on Sept. 14 will start CBS' Southeastern Conference football schedule this season, and Notre Dame's trip to Georgia the next week is positioned to be a prime-time game for the network.

The only SEC games locked into time slots so far are Alabama-South Carolina at 3:30 p.m. Eastern in Week 3 of the regular season and Florida-Georgia in Jacksonville on Nov. 2 at 3:30 p.m. Other games will be chosen throughout the season, six to 12 days before they are played. CBS' contract with the SEC gives the network first choice of games to air each week.

Notably, LSU at Alabama is scheduled for Nov. 9. The Tigers vs. Crimson Tide rivalry has been a prime-time staple on CBS in recent years. The game was last played during the day in 2010.