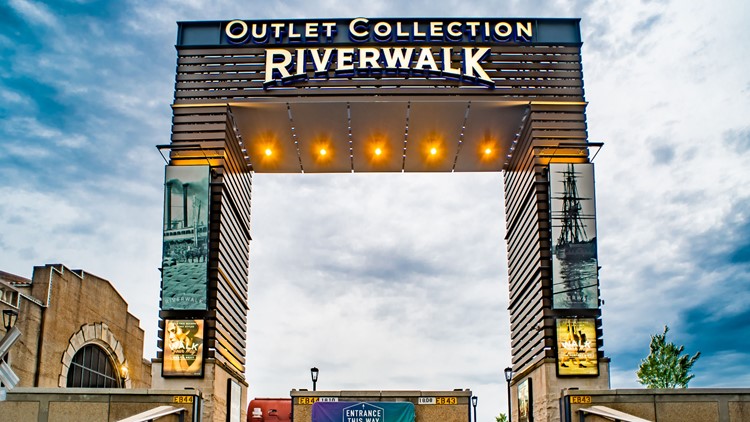 Photo by: The Outlet Collection

Kate Spade fashion, Copeland's restaurant, others to be added to Riverwalk Outlet

NEW ORLEANS — Five new businesses including national retail stores and locally-owned restaurants are set to open at the Riverwalk outlets in 2020.

The owners of the Outlet Collection at the Riverwalk announced the additions Wednesday morning, saying the downtown shopping center will open the state's first Kate Spade New York location and a Polo Ralph Lauren store in the coming year.

Locally-owned restaurants Copeland's Wharfhouse and Rizzuto's Pizzeria will also open in the center's recently renovated Spanish Plaza. Rizzuto's is the second location for Rizzuto’s Ristorante & Chop House, the Lakeview-based  that opened in 2017.

A Rock N Roll Sushi restaurant will open on the second floor of the outlets, the Alabama-based chain's first New Orleans location.

According to a spokesperson, the Kate Spade location will open in "early 2020" and Copeland's Wharfhouse will open in the fall. There were specific opening times for the other new businesses.

“We are very pleased to welcome such incredible new shops and restaurants to The Outlet Collection at Riverwalk,” said General Manager Frank Quinn in a statement. “From local brands to international retailers, New Orleans continues to grow its reputation as a globally recognized retail destination. The Riverwalk is proud to be a downtown leader for dining, shopping and entertainment.

The Outlet Collection at the Riverwalk, owned by the Howard Hughes Corporation, is located at the end of Podyras Street on Port of New Orleans Place and runs along the Mississippi River.

Once the home of the 1984 World's Fair, the location was developed into the Riverwalk Marketplace in 1986. It underwent extensive renovations and reopened in 2014  and has since hosted 18 million shoppers and made more than $500 million in sales, a spokesperson said.

For more information from the Outlet Collection, click here.