The two changed their pleas to guilty on the first count in a 24-count superseding indictment, with 34 criminal acts folded into a single conspiracy. 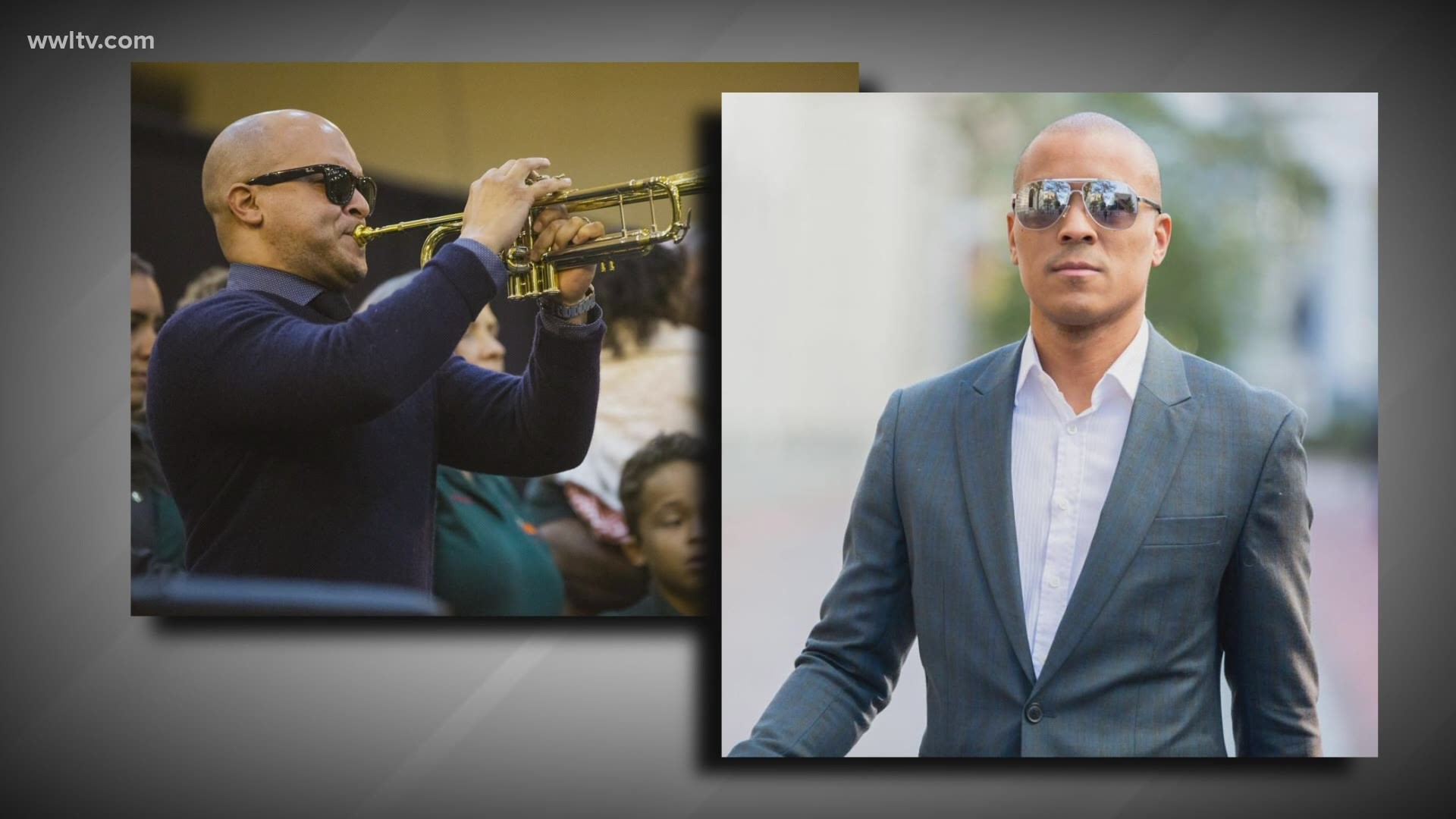 NEW ORLEANS — Grammy-winning trumpeter Irvin Mayfield and his business partner Ronald Markham pleaded guilty to conspiracy to defraud by transferring more than $1 million in public library donations to their jazz orchestra and lying about it in fabricated records.

They entered the plea in U.S. District Court on Tuesday, seven years after the FBI started investigating the case on a tip from the Metropolitan Crime Commission, five and a half years after the scheme was reported exclusively by WWL-TV and nearly three years after a federal grand jury indicted them and charged them with 24 counts of conspiracy, fraud, money laundering, obstruction of justice and false statements.

Mayfield and Markham pleaded guilty to only the first count of the indictment, conspiracy to commit wire and mail fraud, which carries a maximum sentence of 5 years in prison. But a document signed by both men showed that 34 overt acts, including the transfers that were part of the original money laundering charges and the false statements to auditors and FBI investigators, were wrapped into the conspiracy.

Both men were released on bond Tuesday and sentencing was set for February 9, 2021.

As WWL-TV first reported in 2015 and 2016, Mayfield and Markham used their positions on the board of the New Orleans Public Library Foundation, a nonprofit support charity for the city's library system, to redirect $1.3 million to another nonprofit they ran, the New Orleans Jazz Orchestra.

Markham originally told WWL-TV that the money was used to build the New Orleans Jazz Market in Central City, with the idea it would serve as a music-themed library branch. But federal prosecutors alleged that was a cover for the real use of the money, to replace lost funding for NOJO and pay Mayfield and Markham's six-figure salaries.

Mayfield and Markham signed plea agreements in July that were filed in open court Tuesday. Those documents state that NOJO relied on grants from the city's Edward Wisner Trust to fund operations from 2008 to 2010, but turned to the library donations when the Wisner grants dried up.

The city's mayor at the time, Ray Nagin, sent the grants to NOJO after naming Mayfield the city's Cultural Ambassador in 2002. Eighteen years later, Mayfield joins his former political patron as a convicted felon. Nagin was released to home confinement earlier this year because of coronavirus concerns, about six years into a 10-year sentence for unrelated corruption charges.

Also, Mayfield's guilty plea acknowledges he used some of the library donations to pay for luxury stays at the Ritz Carlton on Central Park in New York and to pay $25,000 to Carnegie Hall to play a show there. WWL-TV first uncovered the documents showing an $18,000 stay at the Ritz, complete with limo rides, booze and a $1,400 "breakfast," were charged to the Library Foundation, even though he was in New York on business for NOJO.

The duo agreed that they lied to auditors about how the money would be used, changing numbers in official documents and lying to board members.

Among the transfers they admitted lying about was $150,000 they said they transferred from the Library Foundation for a "book drive" by the Youth Rescue Initiative, another nonprofit where Mayfield sat on the board and had his own account known as the "Irvin Account." Instead, prosecutors said the money went to the Jazz Orchestra and to buy Mayfield a gold-plated trumpet. The YRI was run at the time by former FBI Special Agent in Charge Jim Bernazzani.

Mayfield, diminutive of stature but normally a commanding presence, was more reserved and soft-spoken in the courtroom, keeping his hands in the pockets of his tailored charcoal suit and dutifully answering a series of questions from Judge Jay Zainey. On the opposite side of the courtroom Markham, Mayfield's childhood friend, business partner and piano player, wore a hounds tooth jacket and responded in a deep baritone.

Both wore light blue paper surgical masks during their socially distanced appearance, one of the first in-person hearings since the courthouse reopened to the public.

Zainey asked both defendants if they were pleading guilty because they in fact committed the acts in Count 1 of the second superseding indictment the government filed against them in 2018. That charging document had added counts to the original, 19-count grand jury indictment from December 2017. Both men replied simply, "Yes." Zainey also asked them if they were pleading guilty because they were in fact guilty of the crimes. Both men again said, "Yes."

"I have waited years to hear him say he is guilty -- both of them -- and it feels very good," Stetler said.

Tuesday’s arraignment came after five delays in Mayfield's criminal trial and several more delays over the summer because the federal court was closed by the coronavirus pandemic. Mayfield's attorney disclosed in court that his client had recovered from the coronavirus and recently lost his brother.

Zainey: Are you pleading guilty... because you are in fact guilty?
Mayfield: Yes.
Markham: Yes.@WWLTV https://t.co/RZpYMkgqss

Mayfield and Markham were both found to be indigent and appointed public defenders, with Mayfield represented by Federal Public Defender Claude Kelly and Markham defended by Sara Johnson, a private attorney.

Both Kelly and Johnson said their clients decided to plead guilty to move on with their lives, although Kelly said the situation was more complicated than what was captured in the plea agreement and vowed to present evidence to Zainey prior to sentencing that might mitigate the length of any prison sentence.

Stetler said the duo had done such damage to the city's libraries and schoolchildren that she hoped they both receive the maximum five years. Federal sentencing guidelines will help Zainey determine the length of the sentence, and the large amount of money involved is likely to place those guidelines near the max, legal experts said.

WWL-TV's exclusive investigation in 2015 and 2016 exposed the transfers to the New Orleans Jazz Orchestra, which was founded by Mayfield and led by Markham, as well as Mayfield's use of tens of thousands of Public Library Foundation funds on luxury hotel rooms, limo rides, liquor, meals, and a $15,000 gold-plated trumpet.

A trial was originally set for October 2018, then pushed back four times in 2018 and 2019. It was delayed again in the summer of 2020 because the federal courthouse has been closed to the public because of the pandemic.

The Metropolitan Crime Commission alerted authorities about concerns about the New Orleans Public Library Foundation as early as 2013. After WWL-TV did a series of reports in May 2015 outlining the transfers from the Library Foundation to the jazz orchestra and detailing various public government grants received by the orchestra, the Metropolitan Crime Commission sent another letter to the legislative auditor urging it to investigate.