Bexar County Judge Nelson Wolff says he tried to explain his order to a customer who refused to put on a mask. The confrontation was caught on surveillance video. 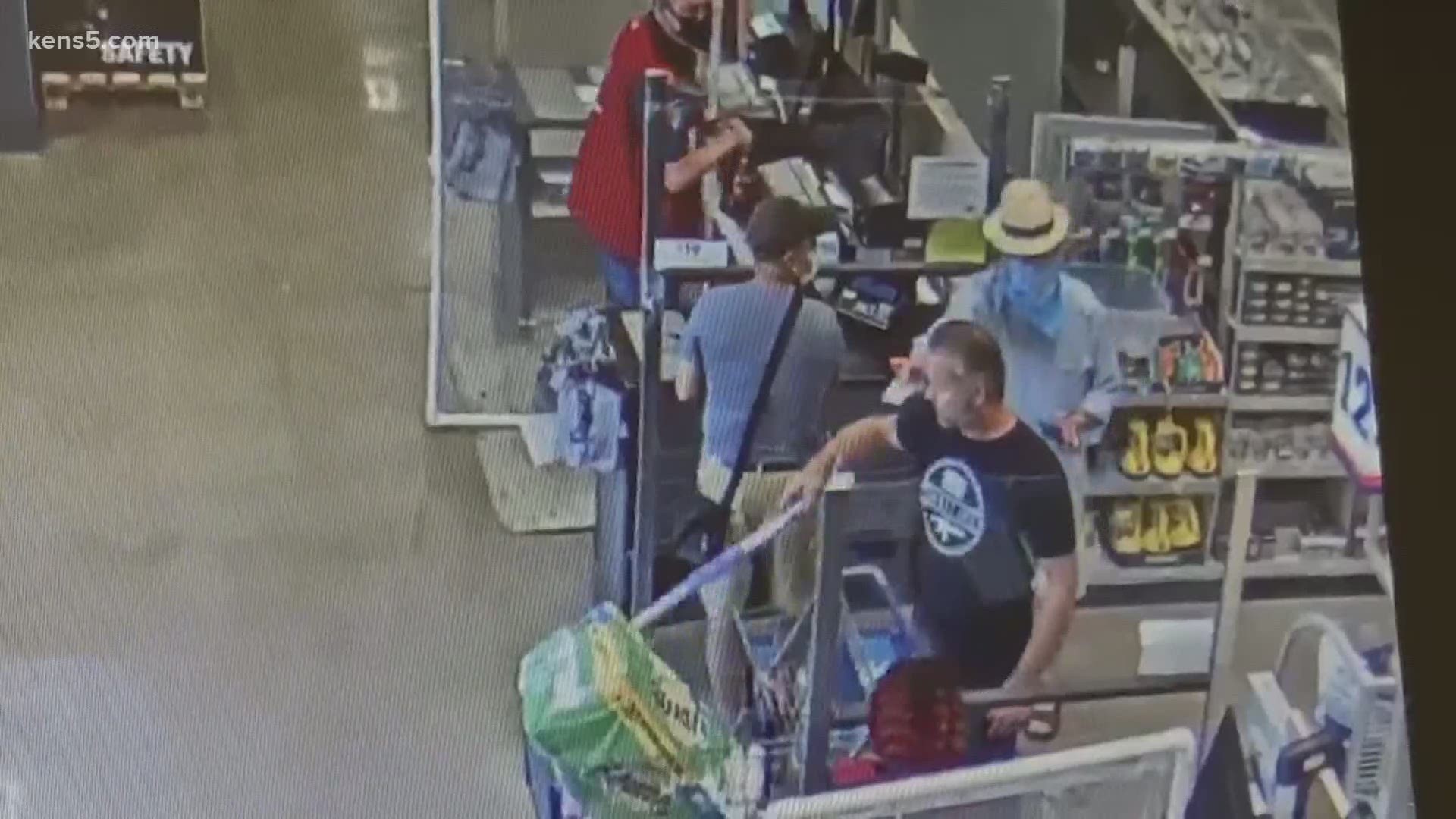 SAN ANTONIO — Felony charges are pending after a man who refused to put on a mask in a hardware store got into an altercation with the county judge who wrote the mask order.

Surveillance video caught the confrontation when an employee asked the man to put on a mask. According to authorities, the man refused, and that’s when Bexar County Judge Nelson Wolff stepped in to explain the policy, and offered the man a card.

Bexar County Sheriff Javier Salazar said that’s when the man “forcefully” slapped the card out of the judge’s hand. The incident happened at the Lowe’s off I-10 and Callaghan Road around 1:30 p.m. Wednesday afternoon.

“Quite frankly I thought I was going up there to solve something, and that didn’t work out so good,” said Wolff. “People have a lot of anger in them and that certainly happened today.”

Salazar said after the alleged assault, Wolff called him and put the phone on speaker as a verbal confrontation ensued.

The man left the store, but not before Wolff was able to get his license plate information.

Salazar said the man has been identified, and deputies are trying to track him down.

BCSO said an arrest warrant was issued Wednesday night. The man is facing a felony charge for Assault on a Public Servant.

“We just need to realize we're in a really, really tough time, and we've all got to respond to this and do what we can to protect other people, and try not to let that anger get away with you and try to be understanding that the purpose of the mask is to save other people,” said Wolff.

RELATED: No Mask No Service: Will Judge Wolff's order hold up in court?