Is my phone listening to me? We tested it, this is what happened

Researchers found hundreds of apps that don’t just allow you to do fun things, they collect your data and sell it.

NEW ORLEANS — Just about everyone who uses popular social media apps like Facebook and Instagram can tell you an anecdote about advertisements popping into their feeds that are so acutely targeted to them it’s like the apps are listening to their conversations.

Facebook founder and CEO Mark Zuckerberg has called it a ‘conspiracy theory’ that the app accesses the microphone on a person’s phone to listen to conversations and, in turn, target news feeds with related ads.

But it happens so often to people that it gives even the least conspiracy-minded pause, people like WWL-TV Photojournalist Adam Copus.

He named his daughter Harton after his wife’s grandmother.

“My wife was looking at her Facebook feed, and she calls Harton ‘Heart,’ always saying hey Heart, how are you? And she started getting ads for the band Heart,” Copus said.

The ‘70’s female rock duo isn’t a favorite of the Copuses, in fact, Adam said he didn’t even know what songs they sang. So, if he and his wife never searched for the band online or through any apps, why would Facebook target them for Heart tickets?

But Zuckerberg has strongly denied the app accesses the phone microphone for years.

“You're talking about the conspiracy theory that gets passed around that Facebook is accessing your microphone on your mobile devices and we don't do that. We do allow people to post videos using your microphone,” Zuckerberg told members of Congress during a hearing in April 2018.

When we asked about it, the company directed WWL-TV to its 2016 public statement on the issue that reads, “Facebook does not use your phone’s microphone to inform ads or to change what you see in News Feed. Some recent articles have suggested that we must be listening to people’s conversations in order to show them relevant ads. This is not true. We show ads based on people’s interests and other profile information – not what you’re talking out loud about.

RELATED: Facebook says it has suspended 'tens of thousands' of apps

We only access your microphone if you have given our app permission and if you are actively using a specific feature that requires audio. This might include recording a video or using an optional feature we introduced two years ago to include music or other audio in your status updates.”

While the Copuses had ad questions about Facebook, the company also owns Instagram, another popular social media app. To test it out, in an admittedly unscientific way, WWL-TV Anchor/Investigative Reporter Katie Moore had conversations about travel and planning travel with the app open on her phone. One of the topics was a stay at an Air B&B. Less than 20 minutes into the conversation, an advertisement appeared in Moore’s Instagram feed. 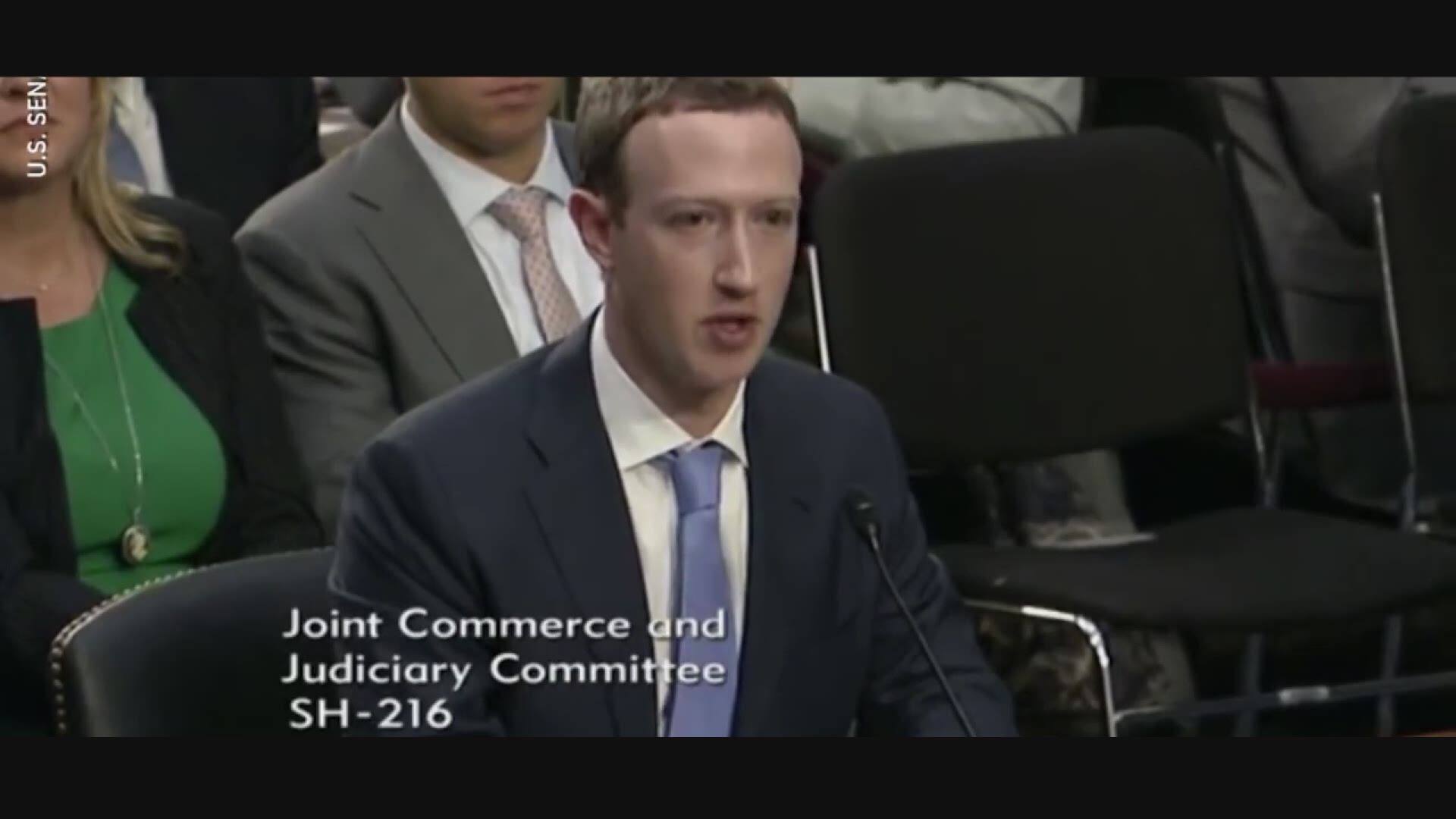 British security company Wandera recently did a similar experiment using two smart phones, one placed in a quiet room and the other placed in a room with pet food commercials playing aloud next it.

“We weren't able to discern any kind of noticeable difference in terms of the adverts that were being received by that phone versus the other adverts from the phone that was in the silent room,” said Eldar Tuvey, CEO of Wandera.

Home applications including Amazon’s Alexa and Siri on iPhone admit to listening and are triggered by certain words, such as “Hey Siri.”

In an interview for CBS This Morning in June, Co-Anchor Gayle King questioned Instagram Founder Adam Mosseri about whether the app access the microphone for ad content.

She mentioned seeing an ad for a restaurant she never searched or visited, but simply had a conversation about.

That question could be key to explaining how the apps can so specifically target you for content. Tech experts said what you interact with on apps outside of Instagram and Facebook can become part of your online data profile, a database of information about what you do online.

“We can't say definitively whether or not they are listening to the conversations, but what we have seen is by using bits of information, like where you live, where you work, where you shop tracking locations those things and what you browse in different apps, what you search in different apps, they'll put it together in a sort of profile on you and then that's how they can target you,” said Will Stravach, CEO of an app called Guardian Firewall.

Stravach said it helps identify other apps that are tracking your behavior online, including your location, and blocks them. He said some apps, usually after you give them permission to access certain things on your phone, can track your web use, where you take your photos, your credit card information, your social security number, your location down to specific latitude/longitude, even altitude coordinates.

Data collection companies create online data profiles on us based on all of those factors and more.

“They sell them to other companies, which we don't really know where that goes. It's some sort of database, some for ad targeting, some for some sort of political microtargeting but we don't exactly know for sure the extent of where it's going because of how secretive how these companies are,” Stravach said.

His research team has found hundreds of apps that don’t just allow you to do fun things, they collect your data and sell it.

Perfect 365 is a makeup app used by millions of people around the world. It exploded in popularity after an US Weekly report from an unnamed source in 2015 that said Kim Kardashian used it to take her selfies.

RELATED: Ultra-private Facebook: Can Mark Zuckerberg pull it off?

“I've seen, I believe, at most eight location trackers from completely different companies where it's sending your longitude, latitude, speed and altitude periodically while the app is running in the background,” Stravach said.

So, while a user is playing with the features of the app, changing make up styles and colors from pink eyeshadow to purple, red or green lipstick, Stravach said it can track the user’s movements.

Perfect 365 did not respond to our request for comment for this story.

Facebook's data policy states the company will never sell your data, but it does use data from third party partners to target you for ads.

The way experts, including Stravach, describe it, your data profile and how it is used form a big circle of information flow about you allowing ads to target you so well it can feel like they're reading your mind.

“I have heard that it's simply an algorithm and that the algorithm simply hits, and I'm not a big conspiracy guy, but I just don't believe that would happen,” Copus said.

Gayle King wasn’t convinced in her interview with Mosseri either, telling him, “I just don’t believe you.”

Facebook changed its data policy last year to stop working with 3rd party data companies to directly target ads through the app. A statement on their site reads, “This page used to contain a list of the third-party data providers that Facebook worked with to offer their targeting segments directly on Facebook, and a description of that program. After we last updated our Data Policy (in April 2018), we terminated this program. Facebook no longer works with third-party data providers to offer their targeting segments directly on Facebook.”

That statement goes on to say the app does use data provided by the advertisers to custom target advertising to its users.