"He loved the people of New Orleans. Color was nothing to him. Everybody he felt was the same," said his mother Janice Matthews. 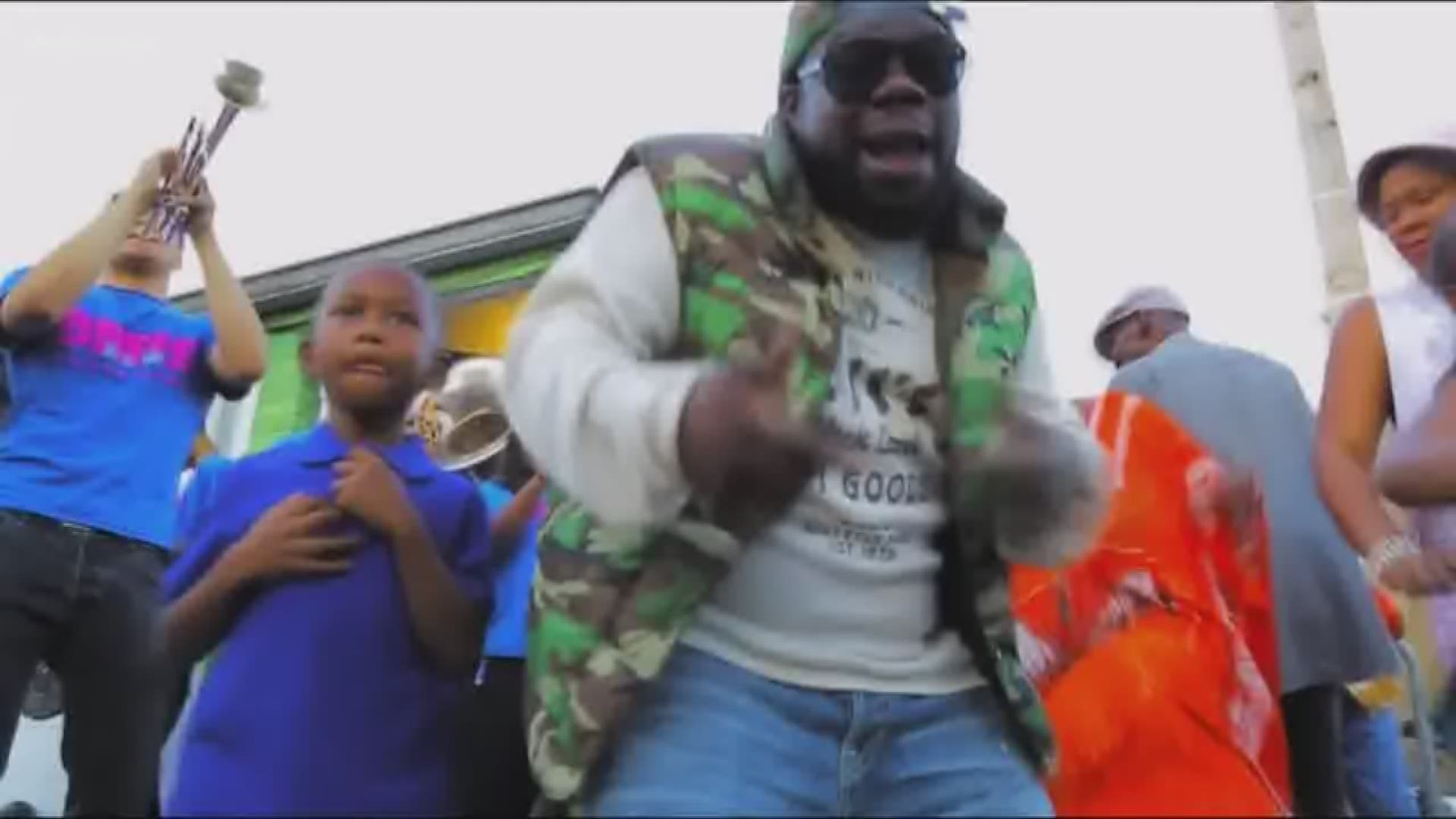 NEW ORLEANS — When fans of 5th Ward Weebie heard of his passing, hundreds turned out for a second line.

"He loved the people of New Orleans. Color was nothing to him. Everybody he felt was the same," said Weebie's mother Janice Matthews.

Matthews, the stepdad he called 'Pops,' and the uncle who taught him to be a black belt in karate, remembered the man they said was positive, happy, kind and loved to joke around.

"I watched my nephew become a man, a great man. And his son coming back with those same gifts, talent, and abilities, that blessed my soul," said his uncle James Cosey, junior.

"He always said, 'Mike, I know you're going to take care of my mom.' And I say, 'Yes because I love her.' I say, 'But your gumbo still need tweaking, buddy," remembers Michael Matthews, his stepfather.

"That's my baby, so I just want to thank God for giving me my son as long as he did," said Janice.

His mom says he had high blood pressure. It caused cardiovascular problems. He had surgery and spent his final days in the hospital. The waiting room was packed with people who came to be at his side.

Tulane cardiologist Dr. Keith Ferdinand did not treat Weebie but says over time, high blood pressure wears and tears your blood vessels. Since it's silent, with no symptoms, having a doctor find it early in life is crucial, so you can control it with daily pills.

"The medicines are good. We now have newer blood pressure medicines that don't cause the sexual dysfunction, don't mess with your nature, don't make you drowsy, but can lower that pressure and decreases the chances of strokes, heart attacks, and kidney disease," explained Tulane Preventive Cardiologist Dr. Keith Ferdinand.

"My advice would be to anybody, take your medicine every day on time," said Janice. "I have the strength that God is going to carry me all the way through this and I'm going to look up and smile at Jerome because I know where he's at."

Weebie's given name was Jerome Cosey.

Dr. Ferdinand says a diet high in salt, animal fat, and alcohol, along with obesity, smoking and not exercising, can raise blood pressure.

The family is having a public viewing 8 a.m. until noon, with the public funeral service at noon on January 19 at the Mahalia Jackson Theater for the Performing Arts. The burial afterward is private.