Loyola's longest-serving president, who turns 93 this month, is leaving the campus after 60 years but still not quite ready to retire 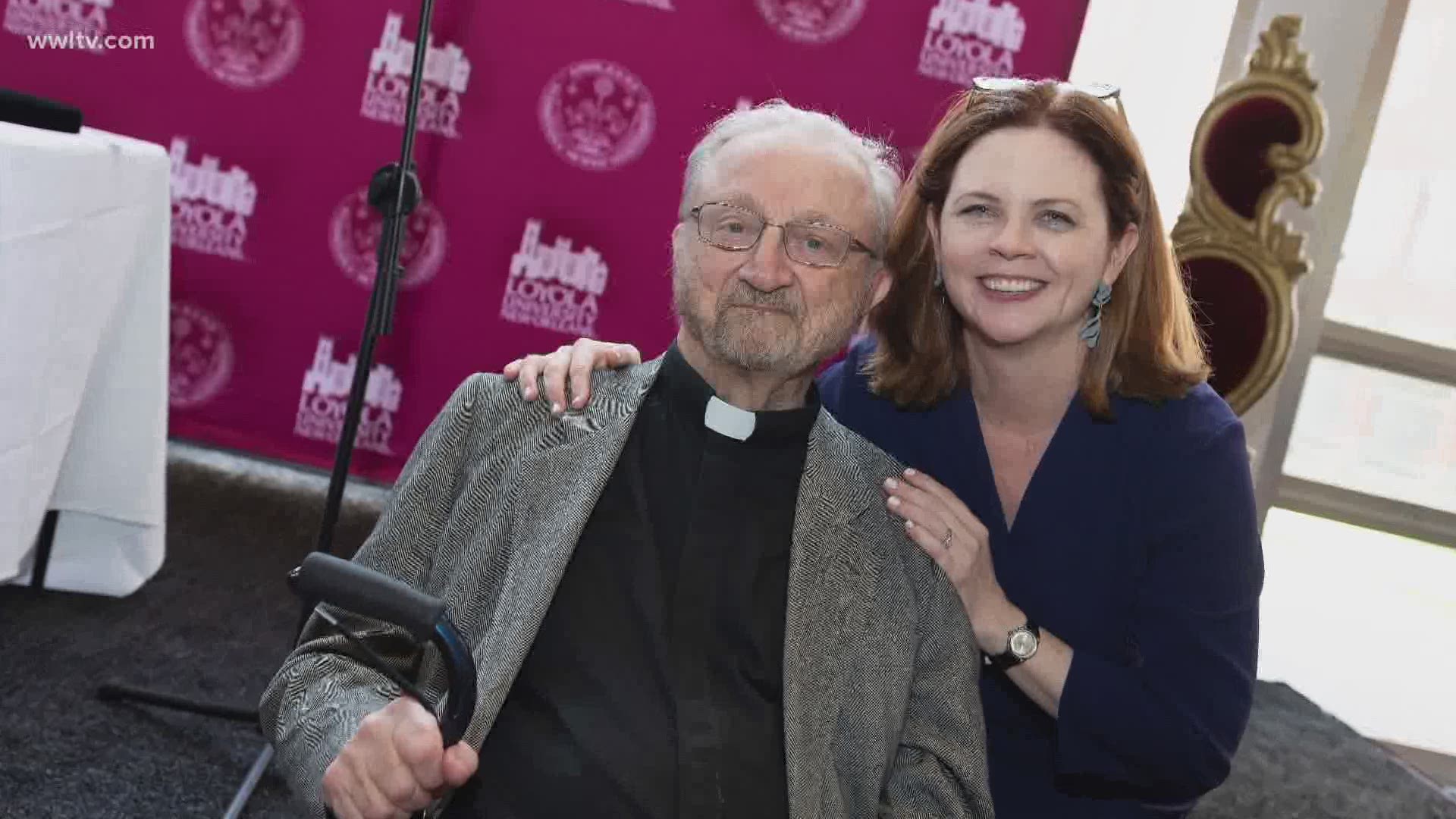 NEW ORLEANS — This week marks the end of an era at Loyola University. On Friday, the Rev. James Carter, S.J. is leaving the Uptown campus he has served for more than 60 years, for a Jesuit retirement community at Grand Coteau, La.

Carter's connections to Loyola University actually go back more than 75 years, so it's easy to see why leaving it is emotional.

“It's been an honor and a blessing and I hope people have actually heard some of the things I said,” Carter, the university president emeritus, said in an interview this week.

What he's "said" depended on his role. Father Carter was a student at Loyola during World War II, graduating in 1947. He returned in 1960 as a priest and professor, then spent 21 years as university president.

RELATED: Loyola plans to have classes on campus in the Fall, but things will be different

Even after stepping down as president in 1995, he was never far from the classroom. “I’ve always felt that retirement is a fatal disease,” he said.

As an example, just this past semester, as Father Carter neared age 93, he taught a class, though it was online because of COVID-19.

For decades, his passion has been physics. “The wonderful thing about teaching physics was that we had a lot of lab time, one-on-one, and got to know them very well,” he explained.

Interacting with his students is one thing Father Carter will miss most about leaving campus.

“I really felt that it's fine to prepare people for a job, it's fine to give them a relationship with God and it's fine to stimulate their mental curiosity, but you're not a human being if you don't do all those things,” he said.

As Loyola's president, Father Carter faced the challenges and changes of the 1970s, then a tough decision in the 1980s to sell WWL-TV and WWL Radio, which at the time were both owned by Loyola.

“It was a tough, very tough decision. They were family, and still are,” Carter said.

As for successes during his tenure, there are many, but Father Carter points to one among all others. “The thing that meant the most to me was the effort to – in the face of a declining number of Jesuits on the faculty and an increasing number of lay faculty – to maintain our Jesuit and Catholic identity, was the most important thing.”

“All of higher education today faces an uncertain future. I think we have the best possible leadership,” Carter said. “When President Tetlow says things, I say to myself, ‘Why didn’t I think of that?’”

Carter turns 93 on July 31, which is also the feast day of St. Ignatius Loyola, the founder of the Jesuits.

After a brief vacation, he will relocate to the Jesuit retirement facility at St. Charles College in Grand Coteau near Lafayette, but plans to remain connected to Loyola this fall, when he teaches an online course.

RELATED: Loyola plans to have classes on campus in the Fall, but things will be different