Extensive repairs began on Monday, with roofers, contractors, structural engineers and cleaning crews all at the complex to begin the uphill task of rebuilding. 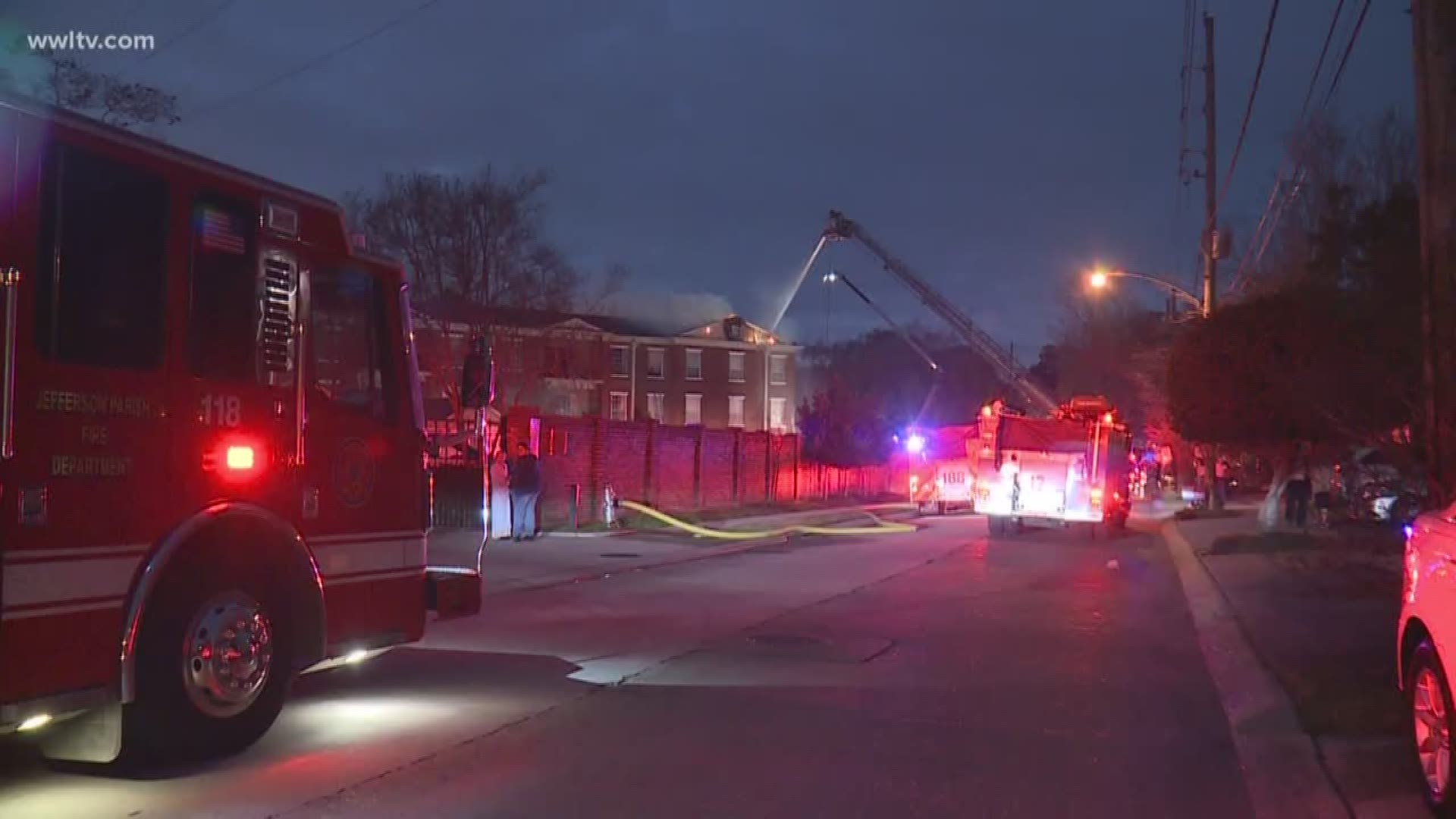 METAIRIE, La. — A Jefferson Parish firefighter is in critical condition Monday as more than 100 people in Old Metairie begin the process of rebuilding their lives.

It could be eight months before dozens of senior citizens get back into their condominiums after a fire tore through the DeLimon Place complex on Saturday evening.

Laura Clotworthy's voice still cracks from smoke inhalation experienced in the blaze but her memory of breathing through a coat and of not being able to see in the smoke is crystal clear.
"I had to throw it across my face and I'm in the stairwell with that across my head, over my head, chocking on smoke and trying to get this lady," Clotworthy said.

Clotworthy, a resident in the complex, knew where her bedridden neighbors lived. She said she helped at least five get out as flames burst through the roof of the building.

"For me to try and lift a wheelchair with someone who weighs 200 pounds, God gives you strength to do what you need to do," Clotworthy said.

Extensive repairs began on Monday, with roofers, contractors, structural engineers and cleaning crews all at the complex to begin the uphill task of rebuilding.

It's still too dangerous to go in to the units gutted by the enormous flames, officials said.

Even people whose condominiums are two stories below and two addresses over from the fire said they have substantial damage from the water and it's force to save the building.

There were tears about pets left behind, as residents watched their lives' work go up in smoke. There was a silver lining for one resident, though, who found out her decades-old pet parrot had actually survived the fire.

"She was crying, she was upset and I saw her yesterday and I said
'I understand your parrot's fine and she started crying, gave me a big hug and everything," one resident said.

RELATED: State Police: Arrest in fiery crash that shut down I-10 for hours – driver had no insurance, suspended license

Even with all the loss from the 2-alarm fire, the main concern on people's hearts is 49-year-old firefighter Dan Zeigler, who was reported to be in critical condition but stable Monday evening at the University Medical Center burn victim's unit.

Jefferson Parish Consolidated Fire District Chief  David Tibbetts said that Zeigler has second and third degree burns but today managed to move and opened his eyes. Tibbetts said that he is close to being taken off of the ventilator, which is used while he is sedated.

Another firefighter who was injured has also been treated and was released from the hospital with a minor burn on his hand.

A GoFundMe campaign has been set up to help with Zeigler's medical expenses. The campaign has a goal of $100,000 and has already raised more than $26,000. All of the money collected will be turned over to Zeigler's family.