According to Clancy DuBos, Lopinto says a Fortunato representative reached out to him and asked for a favor in return for Fortunato not getting into the race. 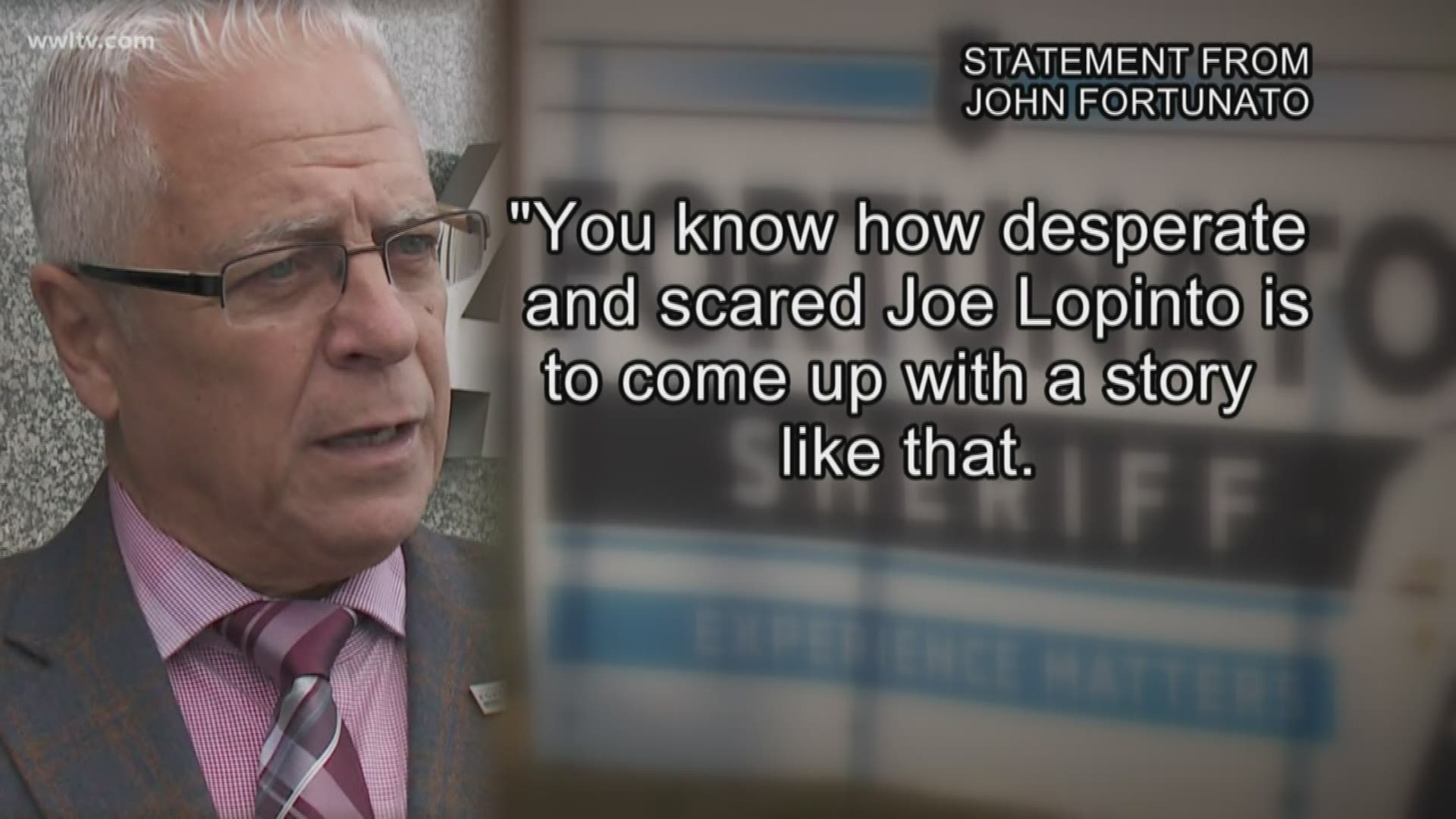 METAIRIE, La. — After a last-minute entry into the race for Jefferson Parish Sheriff, accusations are already being thrown.

Former JPSO spokesman John Fortunato qualified to run for Jefferson Parish Sheriff Thursday, setting up a rematch of the March 2018 special election between him and current sheriff Joseph Lopinto.

Eyewitness News Political Analyst Clancy DuBos reported on an accusation Lopinto made. According to DuBos, Lopinto says a Fortunato representative allegedly reached out to him and asked for a favor in return for Fortunato not getting into the race.

"I know the calls I received today and I thought they were inappropriate and I reported them,” Lopinto said

Lopinto says the representative told him that Fortunato would not enter the race if he agreed to back Fortunato as the new Causeway Bridge Police Chief.

Lopinto said he refused and forwarded the information to the FBI and state attorney general’s office.

“I am not going to impede my reputation by picking up the phone and trying to make those types of deals,” Lopinto said

Attorney General's Office spokesperson Millard Mule confirmed that Lopinto contacted them, but did not say what they were contacted about.

Fortunato responded to Loptino's accusations, saying that they are completely false.

"You know how desperate and scared Joe Lopinto is to come up with a story like that. I don’t know whether to laugh at him or cry for him," Fortunato said. "But here is what I do know. Since he has been sheriff, crime has risen across the parish. Things are so bad; he can’t even protect his prisoners. That’s why we need a professional law enforcement officer, not a politician as our sheriff. And, that is why I am running for sheriff. Joe is going to learn the real reason why I am running when I lay it all out at the news conference in the coming days." 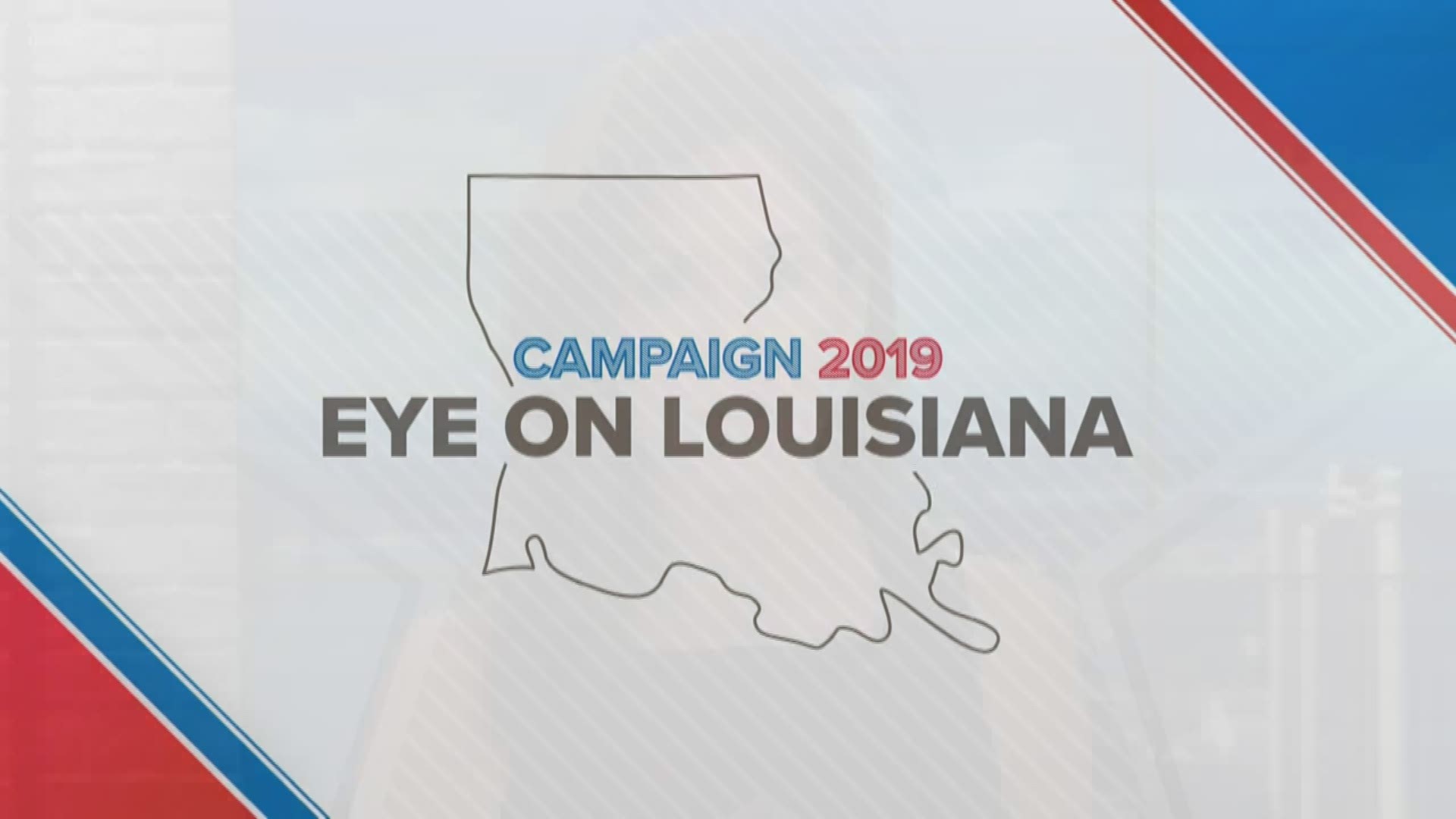 The bad blood between Fortunato and Lopinto goes back to the 2018 special election after former Sheriff Newell Normand stepped down.

Lopinto won with 52% of the vote against Fortunato’s 48%.

Fortunato spent nearly 50 years in the Jefferson Parish Sheriff’s Office before stepping down to run for sheriff. He was seen as Normand’s and former Sheriff Harry Lee’s right-hand man during his tenure.

Lopinto formerly served as a JPSO deputy before leaving to earn a law degree and serve as a state representative. Normand lured him back to the agency to be its in-house attorney and soon after promoted Lopinto to chief deputy.

Eyewitness News reached out to the General Manager of the Causeway Commission, Carlton Dufrechou.Dufrechou said if they were to hire someone for Police Chief, it would have to come from him. He also says they are looking to hire someone within their own department.

Lopinto says that for the past two years, he has proven that he should continue being sheriff. He says crime statistics are down and that they are solving cases at a record pace.

This is a developing story. Eyewitness News will continue to provide new information as it develops.