The suit contends that Christ the King's policy, enacted between school years, violates the equal protection clause of the United States Constitution by singling out a hairstyle common among African-American children. 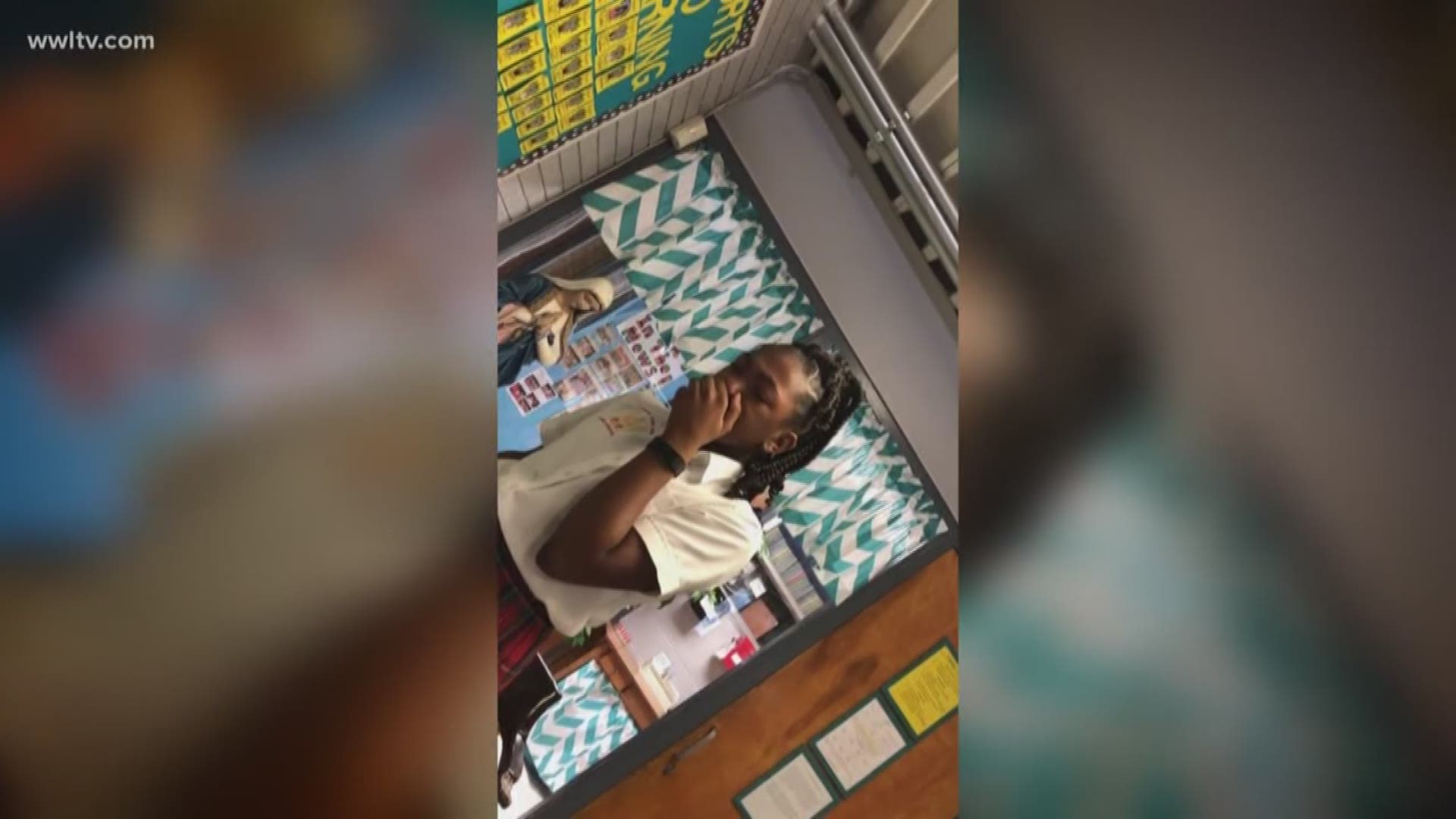 A Civil District Court judge on Thursday evening signed a temporary restraining order that will allow two middle-school girls to return to school while a dispute about their hairstyles continues to play out.

The two girls, sixth-graders Faith Fennidy and Tyrielle Davis, have been home since Monday after school officials at Christ the King School in Terrytown told them that their hairstyles, which the family says includes braided hair extensions, violate a new school policy.

Family statement: We want this to be made right

Christ the King School, the Archdiocese of New Orleans and the school’s principal, Dawn Castillo, were named as defendants in the court filing.

Judge Piper Griffin has ordered the defendants to appear in court on Sept. 6 to discuss why the injunction shouldn't be extended further.

The families sought the restraining order earlier in the day, claiming that the girls’ absence from class and estrangement from classmates was causing irreparable harm.

The order allows the girls to temporarily return to class but does not solve the dispute, which has captured national attention after a video of Fennidy sobbing as she left school Monday went viral.

The families contend that Christ the King’s policy, enacted during the summer, violates the equal protection clause of the United States Constitution by singling out a hairstyle common among African-American children.

“Our families are heart-broken that this situation has come to this. We expected that at some point common sense would prevail. We hoped that someone in authority would look at this situation differently and make it right," said a statement issued on behalf of Faith Fennidy's family.

The court filing is for the families of Fennidy, who was seen sobbing in a school office and then leaving school in a video that has gone viral and attracted nationwide attention, along with Davis.

Both families say their daughters were told early in the year that their hair violated the new policy and both families contend in the court filing that they tried to work with the administration to make adjustments, but that both adjustments were considered unsuitable to the school.

The archdiocese issued a one-sentence statement with regards to the request for the restraining order" "We continue to reach out to the family and attorneys with the goal of having the student return to school."

The request contends that some of the interactions with school instructors seemed insensitive.

Fennidy’s family contended that their daughter’s hair is no different than it has been for her previous years at Christ the King. They said she was given a letter of reprimand on the first day of class and that she was told to bring it to her mother stating that she was in violation.

Fennidy’s mother said she talked to Castillo, the school’s principal, to explain that the braided extension hairstyle allowed her daughter’s hair to be preserved for a longer period of time. She contends in the filings that she also trimmed her daughter’s hair after some concern was expressed over the length.

Davis' family said in the court filing that their daughter had a medical condition surrounding her hair.

Both families said that they made adjustments to their daughters’ hair but that on this past Monday they were told that the girls’ hair still didn’t fit the new code and that they had to be removed from class.