“I am so deeply grateful for the Good Lord to send Officer Peck to pick me up the other morning,” she said. “I’m so grateful to Mr. Bowers and his fine organization. I am so grateful for everything that God has graced me.” 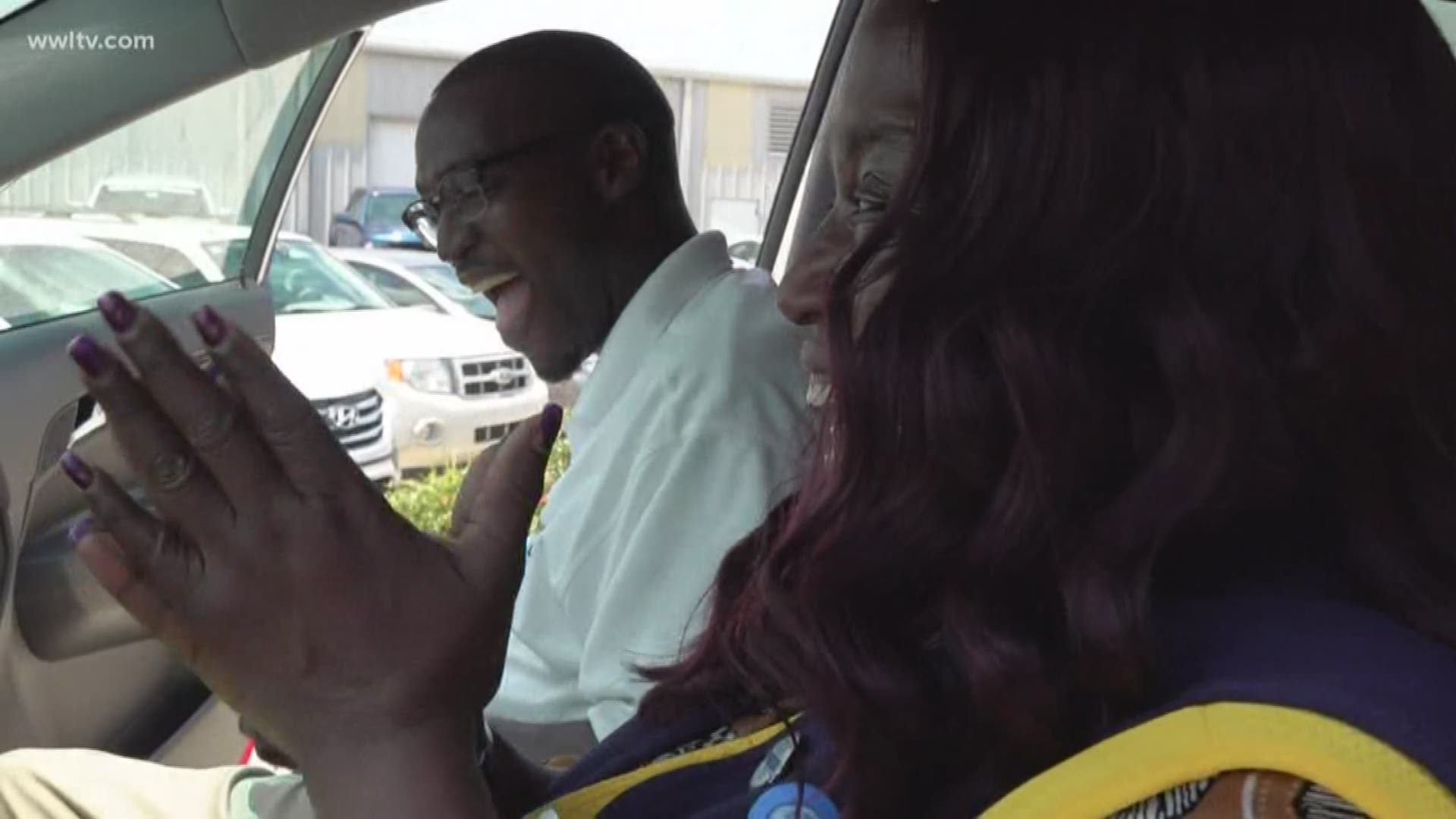 SLIDELL, La. — A beloved cashier at a Slidell Walmart whose story about walking six miles before dawn to make it to work went viral Tuesday was given the gift of a lifetime.

Local car dealer Matt Bowers gave her a new car, and promised to pay for the title, taxes and insurance as well.

Anita Singleton’s story went public after officer Bradley Peck saw her walking near Highway 11 at 5:30 a.m. this week. Peck offered Singleton a ride and asked her where she worked. When she said Walmart, he assumed it was the neighborhood Walmart closer to where she was walking. When Peck found out that Singleton instead meant the superstore six miles away, he was amazed.

During the ride the two of them talked about religion and their blessings and Singleton said that having a job was a blessing, even if she had to walk six miles to get there. Peck was so moved that he sent an email to WWL-TV and her story was featured on the news and online Tuesday.

Her story quickly took off with dozens of comments, shares and likes and it came to the attention of many in Slidell, including Bowers, who said he felt obliged to do something and that being an auto dealer put him in a unique position to help her out.

“I made the decision that it was the right thing to do on behalf of the community to give Anita Singleton a car – and car insurance and pay for the tax and registration so she can spend more time with her friends and family instead of spending it walking to work each day.”

RELATED: Slidell Walmart cashier walks 6 miles to work - says not having a vehicle 'no excuse'

Singleton was picked up at the end of her Walmart shift Wednesday and driven by Peck to Matt Bowers’ dealership to pick out a car. The entire drive to the dealership she talked mostly about her blessings.

“If we can all just model our work ethic after Ms. Anita,” Officer Peck said. “I think our employers and bosses would be happy.”

Singleton, who has grandchildren, said she would get to spend more time with them when she isn’t working for Walmart – a job she said she really enjoys.

“I am so deeply grateful for the Good Lord to send Officer Peck to pick me up the other morning,” she said. “I’m so grateful to Mr. Bowers and his fine organization. I am so grateful for everything that God has graced me.”

Given her choice between a white or red SUV, Singleton, for perhaps the only time, was at a loss as to what decision to make.