More than 13 inches of rain fell Thursday night between in the area between Madisonville and Ponchatoula. 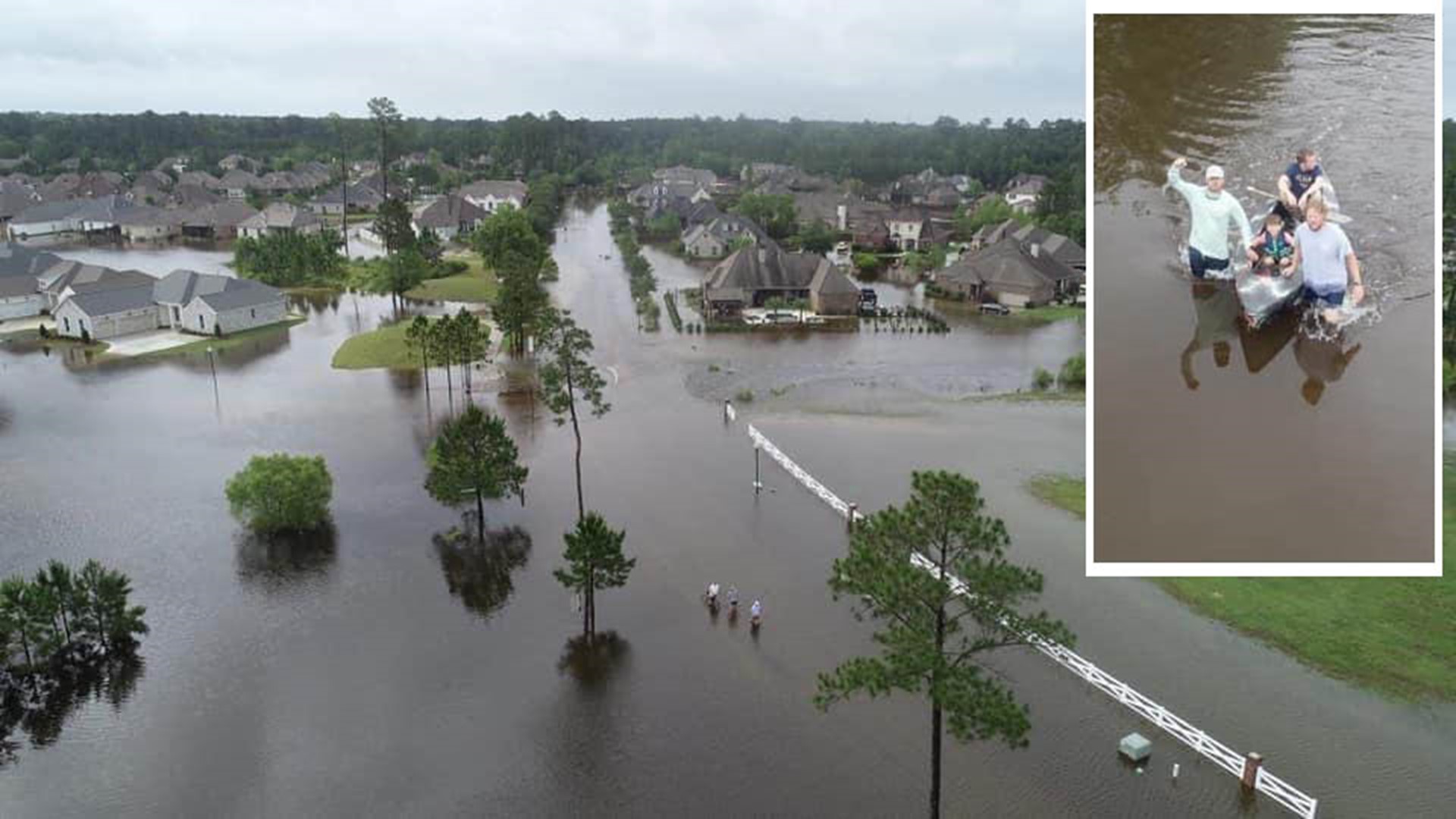 ST. TAMMANY PARISH, La. — Water rescues are still underway in on the Northshore after heavy rains flooded homes and cars and caused several rivers to rise into flood stage overnight.

More than 13 inches of rain fell Thursday night between in the area between Madisonville and Ponchatoula.

The St. Tammany Parish Sheriff’s Office said deputies were rescuing people Thursday night and into Friday morning from homes and vehicles in the Madisonville area and the Highway 1077 corridor, including areas along the Bedico creek.

The creek overflowed its banks Thursday night, blocking CC Road and cutting off access to neighborhoods. Some residents told WWL-TV that they saw more than a foot of water in their homes while others got trapped in flooded vehicles trying to evacuate.

At least one car was pushed off the road by rushing water.

Video from a WWL-TV viewer shows floodwater high enough to get into cars, nearly reaching the door handles of a sedan parked in a driveway.

Friday morning, standing water still filled many homes and streets, making access to the area by car difficult. The sheriff's office warned that water levels in the area could continue to rise as more rain is forecast to move into southeast Louisiana Friday afternoon.

Residents tell WWL-TV that the Bedico Creek has flooded in the past, but homes are typically spared from floodwaters.

The National Weather Service issued a flood warning for the Bogue Falaya River in Covington, the Tchefuncte River above U.S. 190 and the Tangipahoa River near Robert. Parish President Mike Cooper told The Times-Picayune | New Orleans Advocate that residents near rivers should prepare for them to flood.

1 / 11
St. Tammany Parish Sheriff's Office
An officer helps carry two babies from a home in the Bedico neighborhood in Madisonville Friday as flooding remained a problem in the area.

RELATED: 'We wanted to cry' - The night before finally reopening, two Mandeville salons take on water