Tourist pens letter to New Orleans: 'Your City Has Lost Its Way'

It had been ten years since Webb last came to New Orleans, but on a recent trip with his teenage son, he says it became clear the city he remembered was no more. 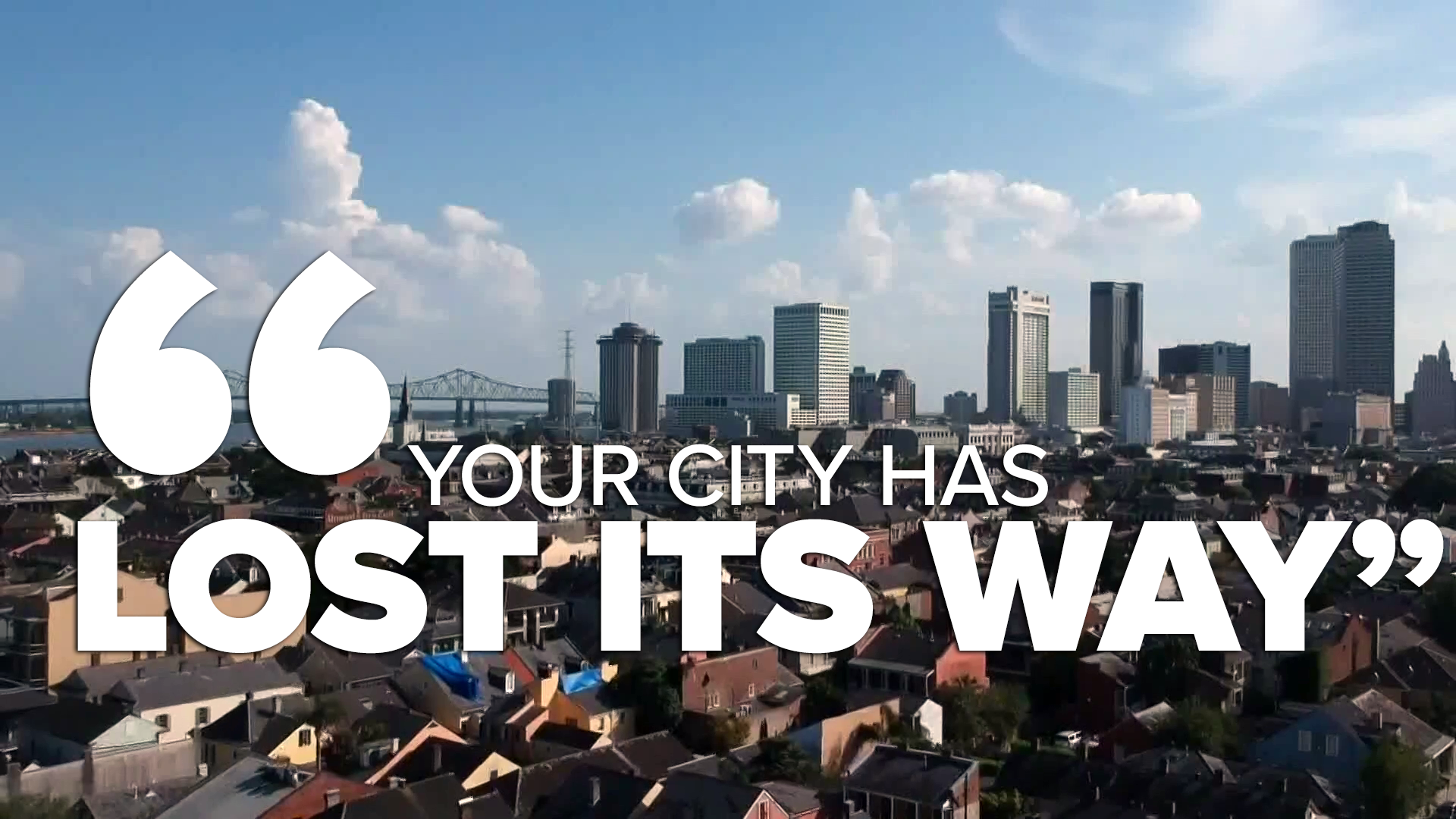 NEW ORLEANS — A recent trip to New Orleans left a lasting impression on an Alabama man and his family. Unfortunately, it wasn't in the greatest way.

David C. Webb shared what he witnessed in an open letter on Facebook that's getting a lot of reaction from people.

"I've been very familiar with New Orleans, we've always loved it," he said. "It's been a great place to visit."

It had been ten years since Webb last came to New Orleans, but on a recent trip with his teenage son it became clear the city he remembered was no more.

"I was disappointed in a city that I've always loved and have always been fond of," he said. "When I came in, I wanted to see the old city I was used to and go to places I remember so well. But what happened was I got hit in the face with stuff that didn't seem like New Orleans to me."

He wrote about it in an open letter on Facebook that's been seen and shared by thousands.

"If she chooses to do something about it then good for her," Webb said.

Addressed to the city and Mayor LaToya Cantrell, it talks about their "eye-opening" visit, and the unfortunate memories that now linger like the unpleasant smell they couldn't help but notice while downtown.

"I'm with my 16-year-old son," Webb recalled. "And you have people smoking pot over here, people in the corner of dark corners of buildings that aren't open anymore that are lighting up bongs. Even my son was like 'dad, you smell that?'"

He also shared their experience in the Quarter in the letter.

"When we got to the French Market, I couldn't believe my eyes," he said. "I mean the homeless situation that I saw I've never seen before in New Orleans. Just in that one little area, there must've been a dozen men who were sleeping on dirty floors. There's a visible problem with homelessness in New Orleans."

It also mentioned blight, a problem he says he saw from his hotel room to driving in the city.

"Opened up the curtains, the first thing you see right in front of you is graffiti on an old, abandoned building," he said. "When we drove in the day before, and I saw the blight going on right off the interstate, it hits you. I'm talking big, tall buildings with no windows, no boards, graffitied up. I didn't see that when I was here 10 years ago."

The letter, Webb says, was not meant to be disrespectful. It was meant to be honest, sharing a perspective of an outsider looking in.

"To us as outsiders, that's just traditional hot spots, and that's where we go," he said "It just seems like New Orleans would understand those areas are gems for y'all. They've been around for a long time and will be frequented by tourists. My parents showed me Jackson Square, and we ate at Cafe du Monde and the same thing with my kids. That's the tourist hot spots, but my goodness if you're walking around seeing that stuff it's not good at all."

And he hopes if anything, it'll start a conversation that may inspire change, so a city he says he once loved, will be that once again.

Webb's letter has received comments of support online, however, Webb says there are people who've reached out saying they disagree with what he's saying.

We asked the city for comment about the letter, but haven't heard back yet.