Nine days later he says he is still in unbearable pain. 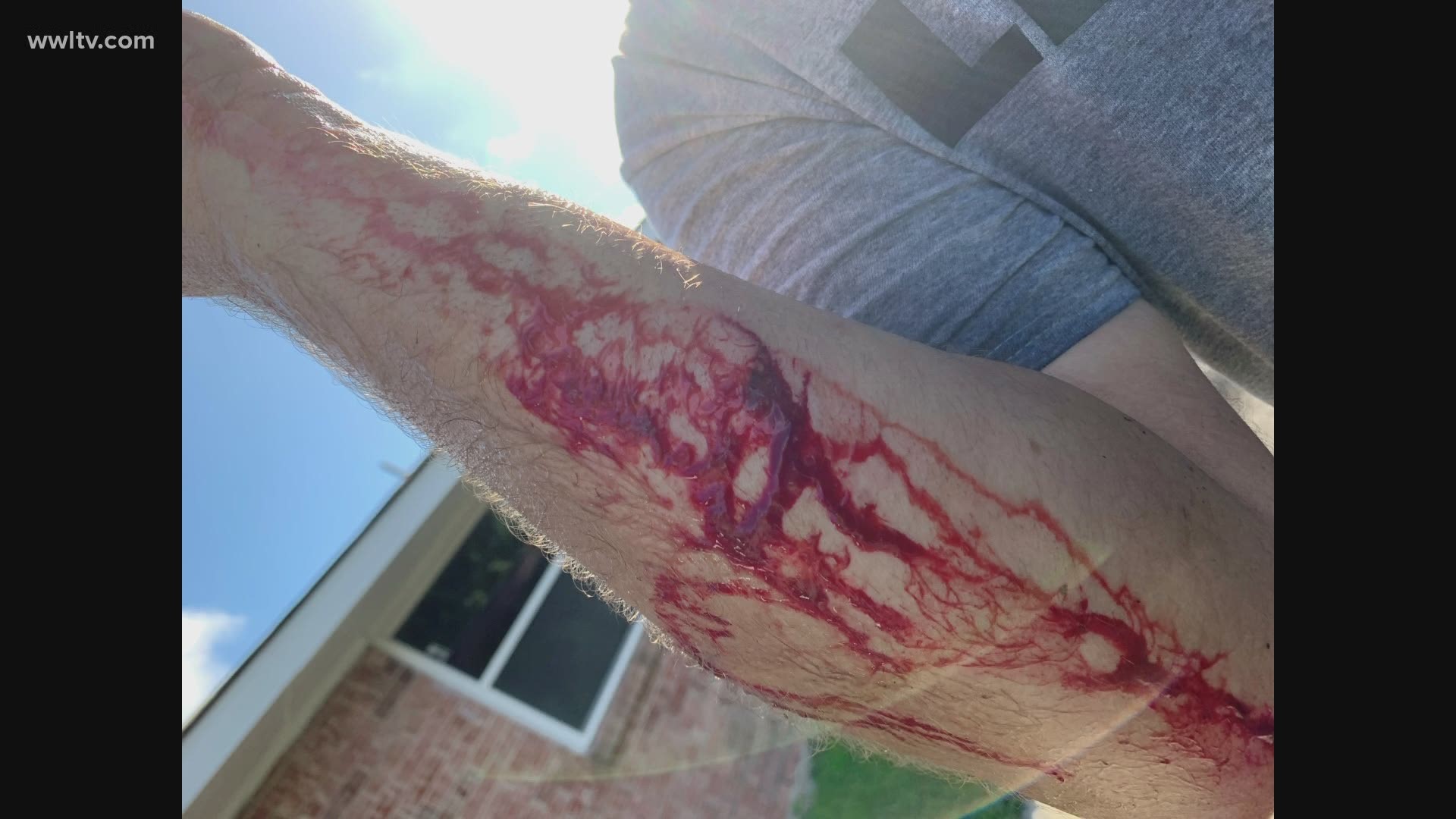 NEW ORLEANS — A plumber working a renovation job in Algiers says he was attacked by five pitbulls and would have died if another worker hadn’t saved him.

“I bounced back up. If I stayed down, I knew I’d have been dead,” Frank Kanive said. “They’d have gone for my throat.”

It’s been nine days since the attack. Now Kanive, a licensed plumber, is back on that same job even though he is not fully healed.

“It was more shock, more shock. I mean, you got your flesh being ripped by teeth. It's worse than a knife wound,” Kanive said.

Kanive is working on a renovation in Algiers on Elizardi Boulevard. On July 20, he saw two dogs that looked like pit bulls eating out of the garbage down the street. Then they came after him.

“Next thing I know, they’re charging me and barking. All of a sudden out of nowhere three more come out of this yard, darting at me. At that point, it’s like five against one, I’m defenseless at this point,” Kanive said.

The dogs had him by the foot, the calves, the forearm. Those areas all needed stitches. The dogs also attacked his genitals. Nine days later he is still in unbearable pain.

“It’s painful. A lot of times I’ve got to stop walking just to catch my breath and catch my mind,” he said.

“It’s scary as all heck. I’m a grown man. I’m screaming like a little girl. You know, I don’t cry easily and that situation was very humbling,” he said.

Thankfully, a man working on the same construction job came to his aid.

RELATED: Louisiana's unemployment money is running out, businesses face tax increase if it does

RELATED: JP teachers have 165 questions about COVID and safety they'd like answered before in-person classes

The man who saved his life did not want to go on camera. Frank has no idea if the dogs are vaccinated for rabies.

Louisiana SPCA humane law enforcement officers went to the home where Frank says the dogs live  multiple times to investigate. There’s been no answer. We won’t identify that home since police have not identified the dog owners.

“So as of right now we are asking for the owner to reach out to our office. We have to find out exactly what happened, what animals were involved,” said Beth Renfro, LASPCA Humane Law Enforcement Supervisor.

We also knocked on the door and tried to find the tenant by phone with no success. Meanwhile, Frank had to get injections and is on antibiotics. He will make a full recovery. He refuses to back off of his job.

“I've got to go back and take care of my customers. That’s why I became a plumber,” he said.

SPCA officers say it’s not the first time they’ve been called to investigate problems at the location.

If the owner does not respond to the SPCA, they will turn the case over to the NOPD.

NOPD was on the scene and filed a report. They did not get back to us about the investigation.