Burglars cut off electricity before breaking into Lakeview homes 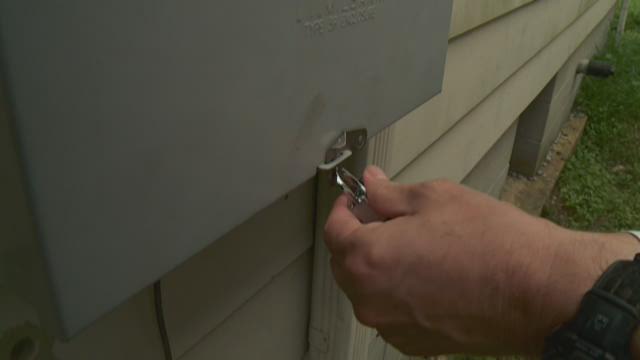 NEW ORLEANS - Some neighbors in the Lakeview neighborhood know all too well the lengths criminals will go to, to break into homes and steal their stuff.

Last week, burglars cut the power to a home in 5900 block of Orleans Avenue, broke in through rear window just off the service ally and left with a number of items.

The burglary happened in broad daylight around 2 in the afternoon.

"If they want something, they're going to find a way to get in your house, absolutely," Lunn said. "That's their lifestyle. That's what they do."

The NOPD says burglars also cut the power on a home in the 5800 block of Louisville Street about a month ago.

Gino Ascani is warning neighbors about the burglaries on his Lakeview Citizen Watch Facebook page.

"If the burglars are indeed cutting the power, it would mean that the camera system, if they have a surveillance system would be disabled," Ascani said. "Ninety percent of the alarm systems should have a battery or cellular backup."

Ascani is now urging residents to lock up their outside electrical boxes, so burglars can't reach in and cut the power.

"It's just a simple little cheap tool to be able to give them one more step that they have to get through to put you as a victim," Ascani said.

Back on Orleans Avenue, Mary Lunn says she may now get a lock for her electrical panel. but vows to take matters into her own hands if a burglar comes calling.

"I work to hard for what I got," Lunn said. "I will have no sympathy. Come in my house, I'm ready for you."

The Lakeview Crime Prevention District is working on a plan to place 128 crime camera systems on homes and businesses in strategic locations across Lakeview.

LCPD President Freddie Yoder said the cameras will help the NOPD track down those who commit crimes in the neighborhood.

Yoder added the funding is in place and the cameras should be installed by the end of the year.