Six individuals of the U.S. Central and Southern Province had allegations from their time as Jesuit High School in New Orleans. The list includes 42 men who were priests, brothers and those studying to become priests. 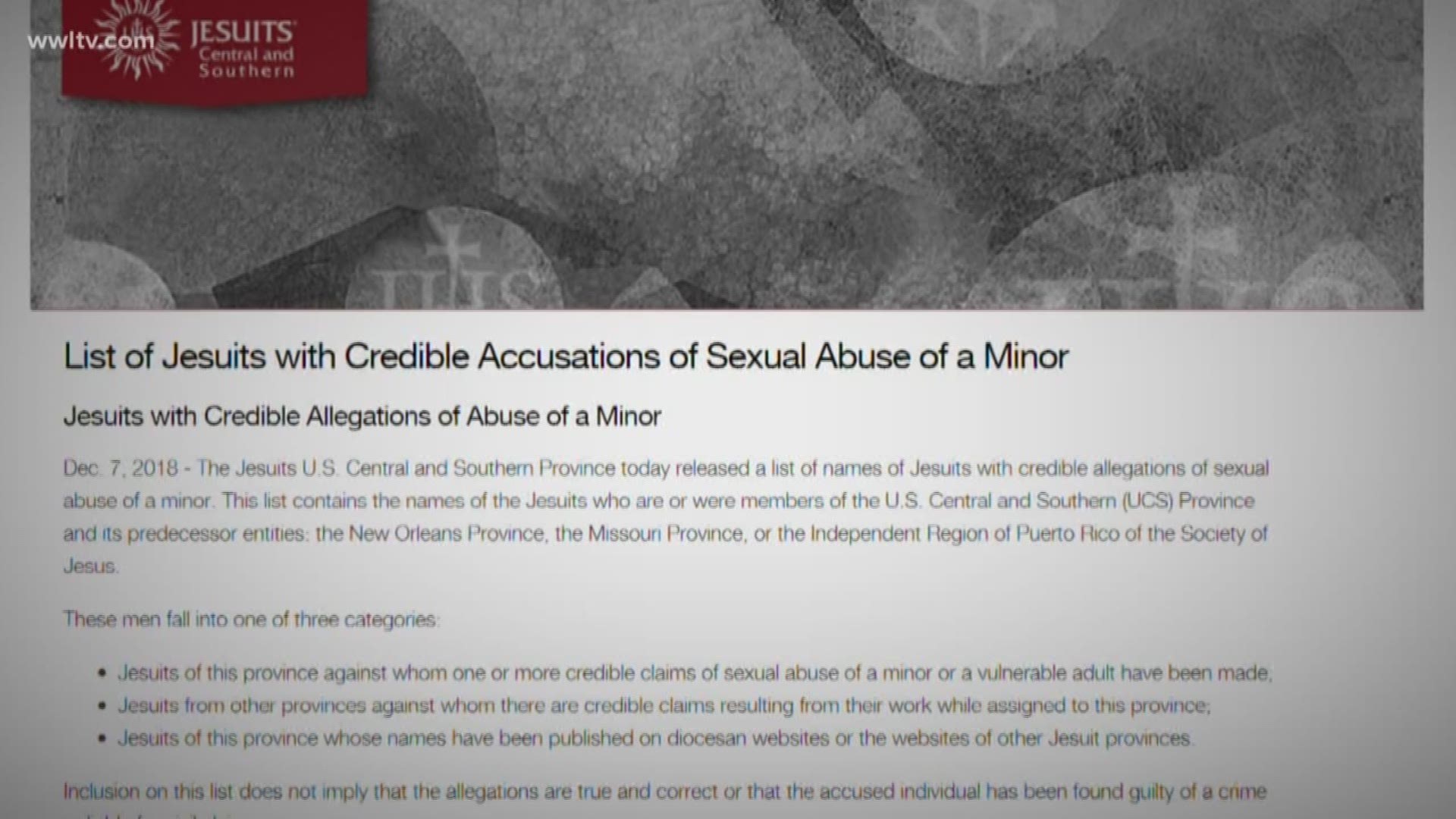 NEW ORLEANS – The Jesuits on Friday released a list of its members against whom credible claims of sexual abuse with a minor have been made, including 19 with ties to New Orleans.

Six had direct ties to Jesuit High School and face allegations from their time there:

"We share the regret expressed by the provincial for the pain experienced by victims and all those affected by abuse, especially those members of our school community," a statement from Jesuit High School said. "Today, we move forward as a community by acknowledging these acts of abuse from over 35 years ago and doing everything we can to make sure they never happen again.”

The list of 42 men was revealed as the Catholic church in many cases struggles with renewed calls to identify those who have faced such allegations.

The Jesuits, who also own and operate Loyola University New Orleans, included Bernard Knoth, the former university president, and Benjamin Wren, a former priest and Loyola professor who died in 2006, on the list. Allegations against them have been previously reported.

The Jesuits Central and Southern Province released its list just shy of two months after The New Orleans Advocate reported that Jesuit High School quietly reached at $450,000 settlement with a man who claimed sexual abuse at the Mid-City school in the 1970s. He was not a student at the school.

On Thursday, Jesuit High School’s president said there would be some names that were not included in a list of 55 Catholic priests and deacons the archdiocese released in November.

The list from the Jesuits released Friday covers priests, brothers and men studying to become priests while teaching locally who worked in the region since 1955 and were the subject of abuse allegations that officials consider credible. But the allegations could stem from postings in other jurisdictions.

“Some names listed will be new to you,” Fronk wrote in his statement to Jesuit High School families. “However, you should not assume that because a Jesuit worked here at some point that the allegation against him involves Jesuit High School.”

Fronk wrote that privacy concerns for the victims would prohibit the order from giving details of the abuse. “But this step from the province is made to be transparent, to build trust, and to help victims heal.”

**Indicates a Jesuit with ties to New Orleans.

Stay with Eyewitness News on WWL-TV and WWLTV.com for more on this developing story. New Orleans Advocate staff writer Ramon Antonio Vargas contributed to this report.