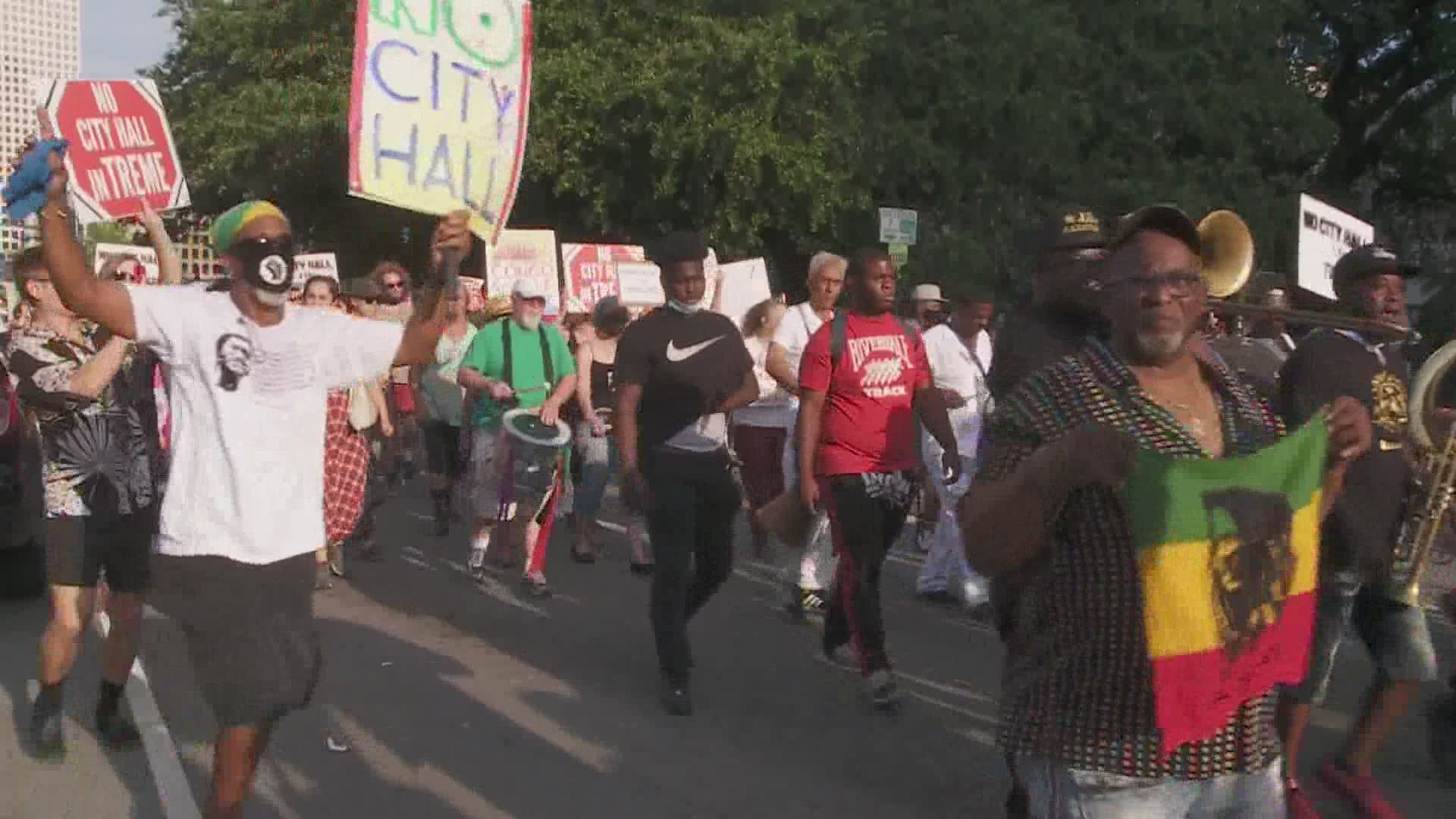 Palmer was joined by community leaders from Treme to announce the motion and the “Protect Treme Interim Zoning District” legislation that she says will “safeguard the Treme neighborhood for uses detrimental to its historic structures and culture.”

"The residents of Treme have been left out of the decision to move City Hall to Armstrong Park," Pamer said. "A project of this size will have a huge impact on the future of Treme. The people who live here have to be at the table."

Palmer’s announcement comes days after protesters marched against moving City Hall to the auditorium. Cantrell later backed away from the idea, saying she was open to other options.

Cantrell said New Orleans needs to have a plan and set aside funding to rehabilitate the auditorium in order to meet a federal deadline for funding. But that plan does not mean the auditorium must become the new City Hall.

"Saying we either move City Hall into the Auditorium or lose FEMA dollars is a false choice," Palmer said. "The people of Treme understand that the 2023 deadline to use our FEMA funding needs to be taken seriously. But trying to force through a development that the community doesn't want is just wasting time."