“If you're a restaurant, a table means money,” said Gilbert Montano, the city’s chief administrative officer. “And a table means customers and more opportunity." 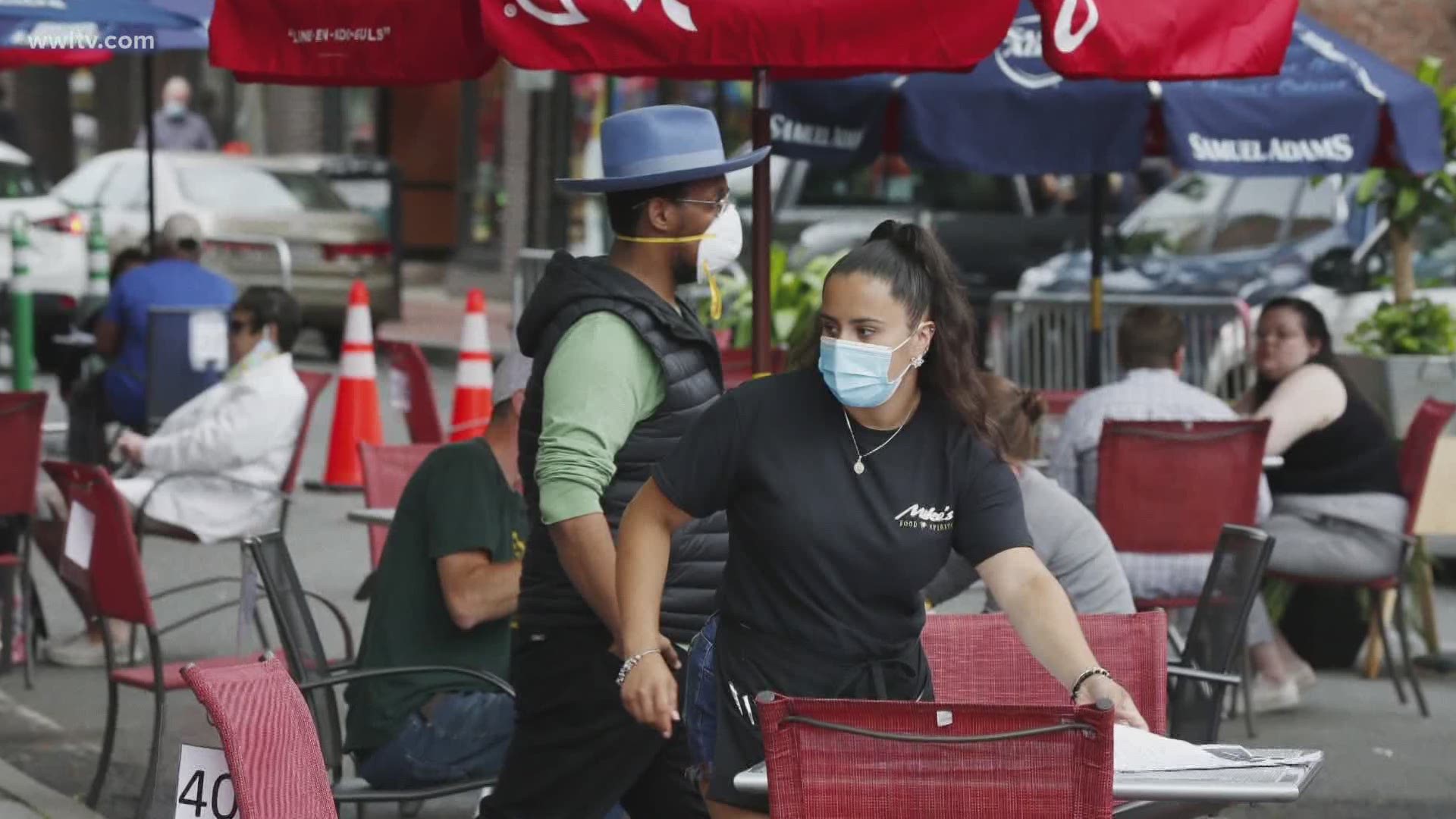 Some restaurants in the city will soon be able to expand their outdoor seating into spots in the curb usually reserved for vehicles or across an entire street.

The new concepts come at the same time the city is set to launch a new grant program to help restaurants expand outdoor seating capacity while indoor capacity is limited.

“If you're a restaurant, a table means money,” said Gilbert Montano, the city’s chief administrative officer. “And a table means customers and more opportunity and people have jobs.”

The Louisiana Restaurant Association has said as many as 25 percent of restaurants across the state might not survive the COVID-19 outbreak. The organization’s president said that figure could be worse in New Orleans.

For restaurants that want curbside seating, the city has said it will create barriers to block vehicles and bag parking meters.

The major difference: closing off an entire street to vehicular traffic to be used for something like outdoor dining.

Mayor LaToya Cantrell said last week that the “streateries” pilot program will be launched along five to seven commercial corridors.

A City Hall spokeswoman on Monday said the locations will be announced later in the week.

“We understand that outside dining might be the future for many months to come,” Montano said.

It's a concept that has happened in other parts of the country as local government works to find ways to keep businesses, such as restaurants, open and workers employed.

Montano said the new grant program in New Orleans is part of the new Office of Business and External Services and he says staffers are working to get it off the ground soon.

Montano said the grant amounts could go up or down based on the need and popularity of the program.